By Amy Bushatz, Military.com and Spousebuzz.com Officials with the company taking over a major Tricare dental contract say they are on... 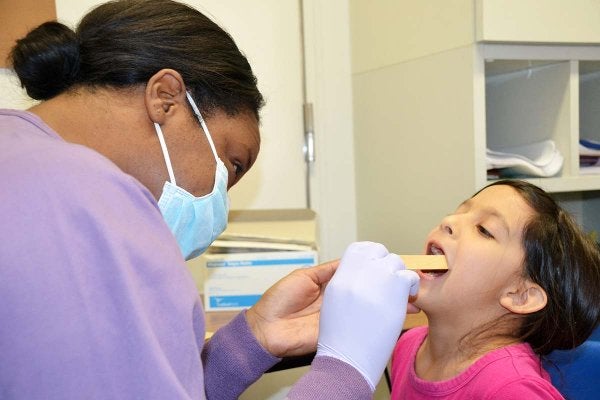 Officials with the company taking over a major Tricare dental contract say they are on track to more than meet the in-network dentist requirements included in the changeover, despite warnings from dentists to the contrary.

United Concordia will take over Tricare dental care May 1 for active-duty families as well as Guard and Reserve members and their families. The change does not affect military retirees.

Some dentists have warned that the reimbursement rates offered by United Concordia are so low that, in some cases, they barely cover the provider’s operation costs, Military.com reported late last month.

The Tricare dental plan (TDP) contract requires only that United Concordia provide 95 percent of enrollees an in-network general dentist within 35 driving miles of their place of residence and an appointment within 21 days of requesting one.

Still, critics of the change say just meeting the access standard is not enough. A 35-mile limit, they said, can still equate to a painfully long drive. In the Washington, D.C., area, for example, the Naval Academy in Annapolis, Maryland, is just under 35 miles from Joint Base Andrews, Maryland, but entails at least a 45-minute drive even before encountering the traffic that plagues the region.

“We are hearing from both families and dental providers with concerns about the new dental network, and we are conveying those concerns to both the Defense Health Agency and the appropriate committees on the Hill,” said Karen Ruedisueli, deputy director for government relations at the National Military Family Association. “Although United Concordia has assured us they are meeting the contract obligations, that is not how families will evaluate this transition.”

“Families are worried about disruptions in care due to providers leaving the network, as well as the quality of providers who are willing to accept deeply discounted reimbursements,” she said. “We need to wait and see how things shake out, but we will be monitoring the situation to ensure the value of the dental benefit is not eroded.”

United Concordia officials said users should check both their dentist finder to see whether their current provider will be in the United Concordia network and double-check with the providers’ office itself.