News of a Shooting in the Age of Instant (Mis)Information

On Monday morning my husband contacted me around 8:45 saying that there was a “shooting or something” on the Navy Yard where... 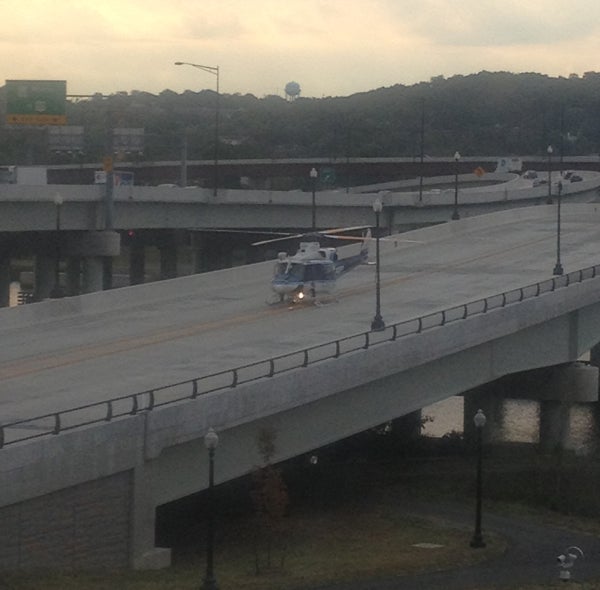 On Monday morning my husband contacted me around 8:45 saying that there was a “shooting or something” on the Navy Yard where he works and they were shutting the base down.“Turn on the news” he said.

As sort of an anti-commercial news person this was of course the first I heard of the incident. After a few phone calls and texts to and from loved ones to let them know he was ok I heard the loudspeaker out my window on the Bolling AFB: an order for everyone here to shelter-in-place as well.

My initial reaction was that the media was blowing things out of proportion. Surely there couldn’t be a shooter on the Navy Yard. And if there was how had they not instantly apprehended him/her? And why was Bolling on lockdown too? That seemed unnecessary. I searched for news online, but quickly turned to twitter to find out the latest. My twitter feed loaded 50 new tweets about #NavyYard every few seconds… all day long. In the background the TV was blaring the local news channel.

By noon there wasn’t much new information, and it was impossible to tell what had actually been confirmed by authorities and what was just hearsay. In any given second the news on TV was reporting complete opposite information as the news sources online. Were there only a few people injured or were there dozens of people killed? Was there 1 shooter or were there many?

As a military wife, having my husband deployed to the Middle East three times already, I much prefer the “no news is good news” policy. Call me an ostrich for sticking my head in the sand, but really what can be accomplished by following thousands of unconfirmed reports all day? It was torture not knowing what was going on, but at the same time being made to feel as if I could find out the answers if I just listened closely enough.

The bottom line is that during an active situation, especially on a military installation, the reporters just didn’t have much information about what was going on. As the number of dead and injured climbed in reports across the web and on the television I couldn’t help but assume that it wasn’t real information, but more hype, a way to keep people following the story.

In a way I was grateful for having access to the latest news because I wanted to know what was going on, but it was also maddening to have a loved one in close proximity to the situation and know that most of the “information” I was getting could not be confirmed.

In the end we just had to wait until the authorities lifted the “shelter-in-place” order and allowed us to return to our homes. In hindsight the situation becomes much more clear, but at the time, when everyone is trying to break the latest news, it feels like chaos. Fortunately for me I was able to be in communication with my husband a few times throughout the day, but I can’t imagine the helplessness and desperation I would have felt of I hadn’t been able to get in touch with him.

This type of tragedy is so upsetting. While we are grateful for our health and safety, we keep those less fortunate in are hearts and minds. I wish the media wasn’t so instant; sometimes it’s best to take a moment to gather the facts and consider those affected before sharing with the world.