By Team MOC San Francisco 49ers quarterback Colin Kaepernick created quite a debate last NFL season when he made it... 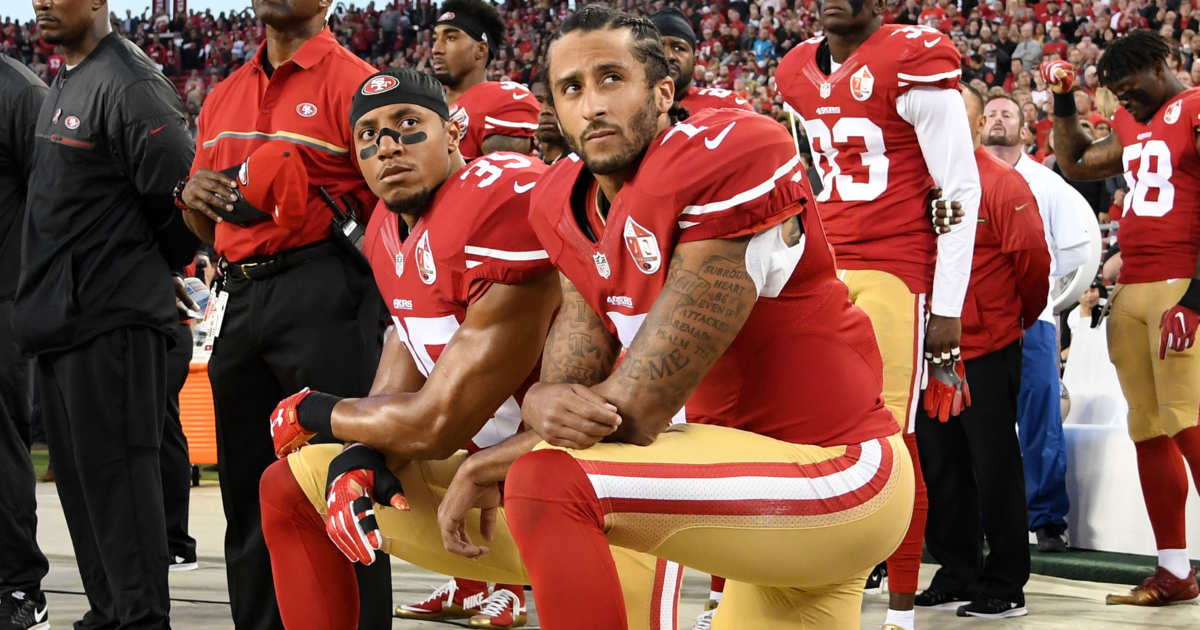 San Francisco 49ers quarterback Colin Kaepernick created quite a debate last NFL season when he made it his practice to kneel when the national anthem was played before games because of his general concern with police brutality and social injustice across the USA. Those days are over, apparently. According to a report at ESPN, Kaepernick has said he’ll stand during the anthem next season.

Kaepernick explained that his decision was based on the fact his actions precipitated a “national discussion on social inequity,” but he may have had some financial incentive as well.

The quarterback will opt out of his contract with the San Francisco 49ers on Friday and become a free agent next week, sources told ESPN. In a competitive marketplace, with football fans more inclined toward patriotic displays following the election of President Trump, the presence of a high-profile social protester on the team roster is most likely something owners would like to avoid.

Kaepernick’s protests came at the end of a volatile presidential election campaign season, one that exposed the degree to which the nation is divided politically. Public reaction fell into two basic camps: those who felt he was free to exercise his First Amendment rights, and those who felt he was disrespectful to America and misusing his standing as a professional athlete for political gains.

By-in-large the military audience was offended by the protest, since the respect for the American flag is fundamental to military service.

Here’s Colin Kaepernick in his own words talking about his protest last season: