Sitting on the beach, watching the waves roll in off the Atlantic, it’s hard to imagine the Queen Anne’s Revenge,... 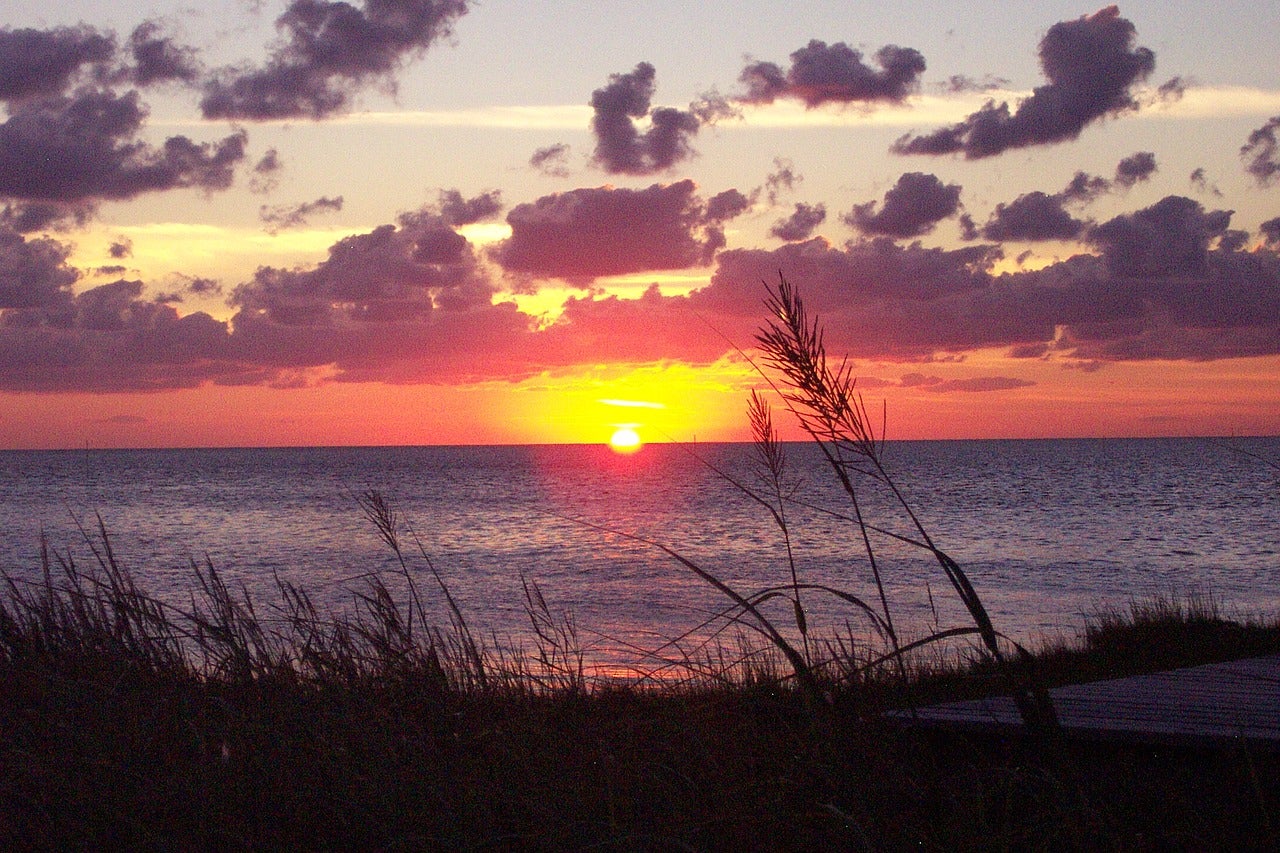 Sitting on the beach, watching the waves roll in off the Atlantic, it’s hard to imagine the Queen Anne’s Revenge, a 17th century frigate notoriously captained by the pirate Blackbeard, slinking along the horizon with a flotilla of smaller sloops.

And yet, 300 years ago, people living on the North Carolina coast very well may have seen the pirate ship seeking safe haven along these shores after a round of looting in the Caribbean port cities and Charleston, S.C.

The Outer Banks region and the barrier islands just to the south, known as the Crystal Coast, were the stomping grounds of Blackbeard, whose given name, historians say, was likely Edward Teach or Edward Thatch. The region is gearing up to mark the 300-year anniversary of when the famed pirate arrived on its banks in 1718.

Tales were told for centuries about how the Queen Anne’s Revenge, the flagship of the pirate’s small armada, was lost after running aground in these coastal waters. In 1996, its remains were found in a sandbar in Beaufort Inlet.

Now, visitors can see artifacts from the frigate at the North Carolina Maritime Museum in Beaufort, and take part in all kinds of adventures tied to the infamous pirate, who with his crew commandeered the slave ship La Concorde in the eastern Caribbean, and renamed it the Queen Anne’s Revenge.

“In our exhibit, we’ve got quite a number of artifacts from cannons to cannonballs and grenades,” said David Cartier, public relations coordinator for the North Carolina Maritime Museums, who noted it also has the ship’s bell on display.

“You’ll find a lab inside the exhibit which will talk about the conservation process and what’s involved in really restoring these artifacts. People think if you pull up a cannon it’s going to be at the museum right away — but many of these cannons are being worked on for seven, to eight to 10 years before they’re of museum quality. It takes a long time.

“The first day that the lab opened, they found gold dust. They actually vacuum the ocean floor, and they pull up minute things that you wouldn’t expect. … It’s just amazing what they can find.”

Many artifacts from the ship remain on the sea floor today, yet to be excavated.

“It’s a work in progress, and unlike a typical shipwreck, Blackbeard ran the ship aground,” Cartier said. “Normally in a shipwreck, debris is strewn all over the ocean floor. But this one basically sank, so the site is not as big as you’d normally expect in a major shipwreck.”

That means new things are being discovered and restored all the time.

After you visit the museum, take part in a one-hour Port City Tour, “The Legend of Blackbeard,” which takes you to various historical spots in Beaufort as you hear tales and legends of the notorious pirate.

Even if you’re not into pirate history, the Crystal Coast has plenty to offer travelers.

Our family stayed on Emerald Isle, which is known for miles of quiet public-access beaches. Even in high season, you won’t find tons of tourists competing for a square of sand on which to lay their towels.

There, you can sink your toes into fine sand, build castles, hunt for seashells and marvel in the wildlife, watch spectacular sunsets over the calm waters of the sound or kayak around the sandbars and uninhabited barrier islands that expand and contract with the changing tides.

The island also features 11 miles of bike paths running from the Indian Beach town limits south to the point at Bogue Inlet, and plenty of places to rent bicycles, kayaks, paddleboards and personal watercraft during your vacation.

Hotel options are sparse on the island.

There’s a Double Tree Hotel and a Hampton Inn & Suites in Atlantic Beach, plus The Inn at Pine Knoll Shores and a few mom-and-pop lodges and motels. If you’re traveling with family, consider renting a house, condo or duplex. Many of the rental homes also include Boogie Boards, sand buckets and shovels, beach chairs and umbrellas for guests to use.

Popular vacation rental sites such as HomeAway.com or Airbnb.com have listings for homes, condos and duplexes on Emerald Isle. But you’ll find more options by going through local real estate companies, which manage many of the vacation rentals on the island.

Among them are Emerald Isle Realty and Bluewater Vacation Rentals, where some three-bedroom houses just a block or two from the ocean rent for as little as $120 a day for a seven-day booking in late August.

“That’s the stark difference,” said Jordan Daniels, marketing manager for Bluewater Vacation Rentals. “Big hotels bring big brands and big companies who follow after that year-round clientele and traffic. … We like our quaintness and try our hardest to be able to keep it that way.”

Some parts of the narrow island allow vacationers who choose to rent a house on the sound side of the Intracoastal Waterway easy access to the ocean-side beach with just a short walk of a block or two.

Some of the perks of staying on the sound side include access to the calmer waters and stunning sunset views across the Intracoastal. Plus, it’s generally less expensive than an oceanfront rental.

Still, Daniels said, the most popular rentals are oceanfront homes with three to five bedrooms, where families and friends can spend quality time together in an idyllic setting.

“A lot of our guests give great feedback on what these weeklong vacations mean to them — whether it’s celebrating someone in their family or it’s just traditional, you know, family vacations,” Daniels said, recalling her annual July Fourth beach vacations.

“I’ve got extremely fond memories that I’ll treasure forever. I lost my dad last year, and those memories are even more clear and personal and special to me now.

“Some people can look at a reservation as a guest name and a reservation number. But really, people who … come together and spend that quality time … create memories that are going to last a lifetime. We’re interested in being able to give them their best vacation each year, and help them build those memories.”

Our Emerald Isle trip was, like Daniels’, an extended family get-together. My brother and his wife, their two kids, my mother, my husband and our three kids try to spend a week vacationing at the beach every year.

My brother towed his boat this time, which allowed us a chance to explore some of the tiny, unpopulated islands in Bogue Inlet, giving us a close-up look at nature and top-notch shell picking.

If you don’t have a boat to bring, several charter companies offer ferries to the Cape Lookout Lighthouse and Shackleford Banks, which is known for shell-studded beaches and for the wild horses that roam the seagrass in the Rachel Carson Reserve. Fishing charters and dinner cruises also are plentiful.

Whether you revel in it’s pirating past or prefer lazy beachside afternoons, a trip to the Crystal Coast can be as exciting or as relaxing as you’d like it to be.

If you choose the latter, perhaps, pick up a Nicholas Sparks novel before you go. Many of the author’s best-selling books are set in the region; he lives in nearby New Bern, N.C.