You’ve seen the German gingerbread hearts hanging from ribbons, frosted with the words “Ich liebe dich” (I love you) and... 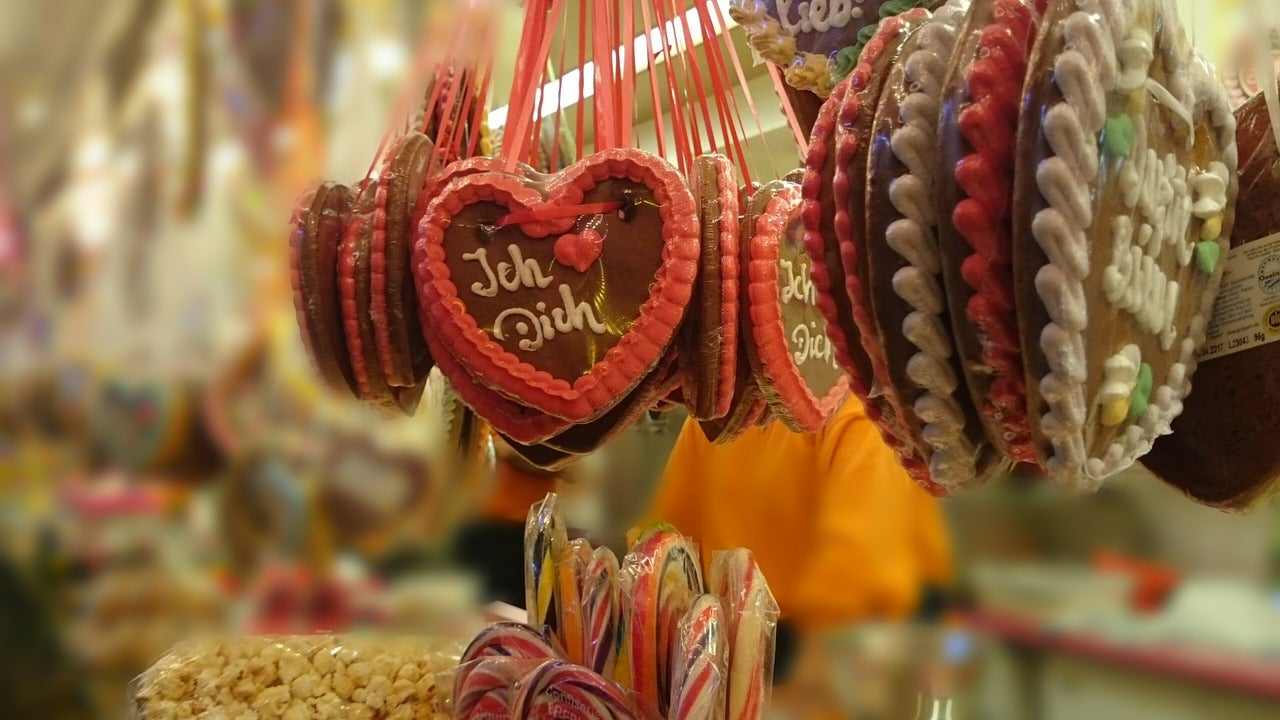 “We don’t make them here,” says Ingrid Neef, a sixth-generation Nuremberg baker, with polite but palpable disdain. “Those hearts look pretty, but they’re hard. You can’t eat them. We make real Lebkuchen here.”

German gingerbread, or Lebkuchen, became synonymous with Nuremberg in the Middle Ages, thanks to the city’s location at the crossroads of European trade routes. Nuts and spices were exotic in those days, often costing more than gold.

Nuremberg’s trade status kept the city’s bakers well-supplied with those rare ingredients. Just as important, their wealthy patrician customers had no difficulty paying for them.

The basic ingredients of Nuremberg gingerbread haven’t changed much since the cake’s introduction in the 14th century. Almonds, hazelnuts and an array of spices and fruit peels are commonplace, with some bakers adding candied ginger or chocolate for good measure. Sold in cellophane bags and colorful tins, in cookie form and in larger cakes, Nuremberg’s Lebkuchen has become part of German Christmas tradition. Roughly 80,000 tons are produced annually, most being consumed within Germany.

Lebkuchen Schmidt, Nuremberg’s most famous baker, has been producing gingerbread since 1601. From its location on the city’s Hauptmarkt, where Nuremberg’s famous Christmas market takes place each year, Schmidt forms the cookies by hand. Bakers spread a mixture of crushed nuts, eggs, sugar and flour on a thin base resembling a communion wafer before adorning the treats with almonds and baking them in a wood-fired oven.

Schmidt won’t bake gingerbread hearts, either, instead selling varieties ranging from the original, called Elisen, to those containing cashews, dried fruits and chocolate.