North Korea’s government ramped up its aggressive posture Tuesday by releasing a statement directly threatening the US territory of Guam.... 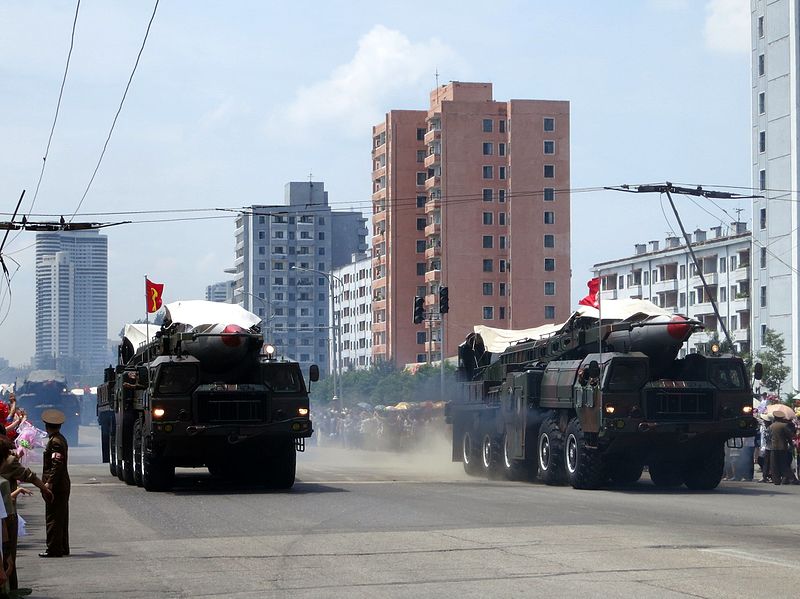 North Korea’s government ramped up its aggressive posture Tuesday by releasing a statement directly threatening the US territory of Guam.

Multiple media outlets reported that Pyongyang’s state media said it is examining plans to attack Guam. There are currently more than 377,000 DoD personnel working in the Pacific Command region as a whole, which includes US Forces Korea, US Forces Japan, and Guam. That number does not include military families because of constant fluctuations, according to CDR David Benham, Public Affairs Officer of PACOM.

Threats from the regime are nothing new for service members and their families living overseas. However, in recent weeks, the isolationist government has increased missile testing married with hostile rhetoric. Military families share mixed reactions to these latest developments.

Elizabeth Castro, a Marine spouse, moved to Okinawa, Japan last year when her husband received PCS orders. She explained that even though families haven’t received any new guidance in relation to North Korea, she has some questions.

“It’s been pretty quiet here in Okinawa. Also, not much being shared on the Facebook community pages either,” Castro said. “In a way, it makes me nervous because I feel like Okinawa is a small island out in the middle of nowhere. Where would we evacuate to or seek shelter? How fast could they get us off this island? Probably not fast enough if a missile is headed this way in the middle of the night. I just pray every day that it doesn’t come to that. I cannot spend my days worrying about the unknown. Life is too short.”

She describes the experience of being stationed overseas as amazing, but admits she feels very distant from events happening in the United States. “I have to admit that being here on Okinawa, I feel sheltered from the stress, tension and instability happening back in the US. We are, in a way, inside of a bubble,” Castro added.

Navy wife Jennifer Bryant says she had no worries when she learned her family would be stationed overseas. The mother of three has lived in Guam for the last three years. She describes North Korea’s statement as part of the norm. “I am not concerned about their threats. The past couple of years being here, all I have been hearing floating around on social media are [sic] how they keep threatening Guam,” Bryant said. “It’s become the kid who cried wolf story to me.”

Bryant admits she has limited the amount of news she exposes herself to because it has become too negative. “Even though there is a lot of bad in this world, it wouldn’t hurt to share more positive news about great things happening that are going on in the US,” she said. “I currently only check if my friends are posting some news event that I feel I should have to look into.”

She added that she is confident in the military’s ability to protect her family. “We have the greatest soldiers that will protect us, our country has the world’s greatest and only laser weapon,” she said. “Only panic if you’re spouse tells you to pack your bags, get the kids, and leave.”

Secretary of State Rex Tillerson echoed that sentiment during a press conference Wednesday morning. “I think Americans should sleep well at night, have no concerns about this particular rhetoric of the last few days. I think that the President, again, as commander-in-chief, I think he felt it necessary to issue a very strong statement directly to North Korea. But I think what the President was just reaffirming is the United States has the capability to fully defend itself with any attack, will defend our allies, and we will do so. So the American people should sleep well at night,” Tillerson said.

Tillerson was referring to President Trump’s strong response to North Korea’s most recent threat in which the president said, “North Korea best not make any more threats to the United States. They will be met with fire and fury like the world has never seen.”

The Department of Defense released the following statement on behalf of Secretary of Defense Jim Mattis:

The United States and our allies have the demonstrated capabilities and unquestionable commitment to defend ourselves from an attack. Kim Jong Un should take heed of the United Nations Security Council’s unified voice, and statements from governments the world over, who agree the DPRK poses a threat to global security and stability.  The DPRK must choose to stop isolating itself and stand down its pursuit of nuclear weapons.  The DPRK should cease any consideration of actions that would lead to the end of its regime and the destruction of its people.

President Trump was informed of the growing threat last December and on taking office his first orders to me emphasized the readiness of our ballistic missile defense and nuclear deterrent forces. While our State Department is making every effort to resolve this global threat through diplomatic means, it must be noted that the combined allied militaries now possess the most precise, rehearsed and robust defensive and offensive capabilities on Earth.  The DPRK regime’s actions will continue to be grossly overmatched by ours and would lose any arms race or conflict it initiates.