From one milspouse to another: My open letter on the #TakeAKnee protesters and the military community

This is an opinion piece that does not necessarily reflect the views of MilitaryOneClick. Hi, Rebekah– I enjoyed your recent... 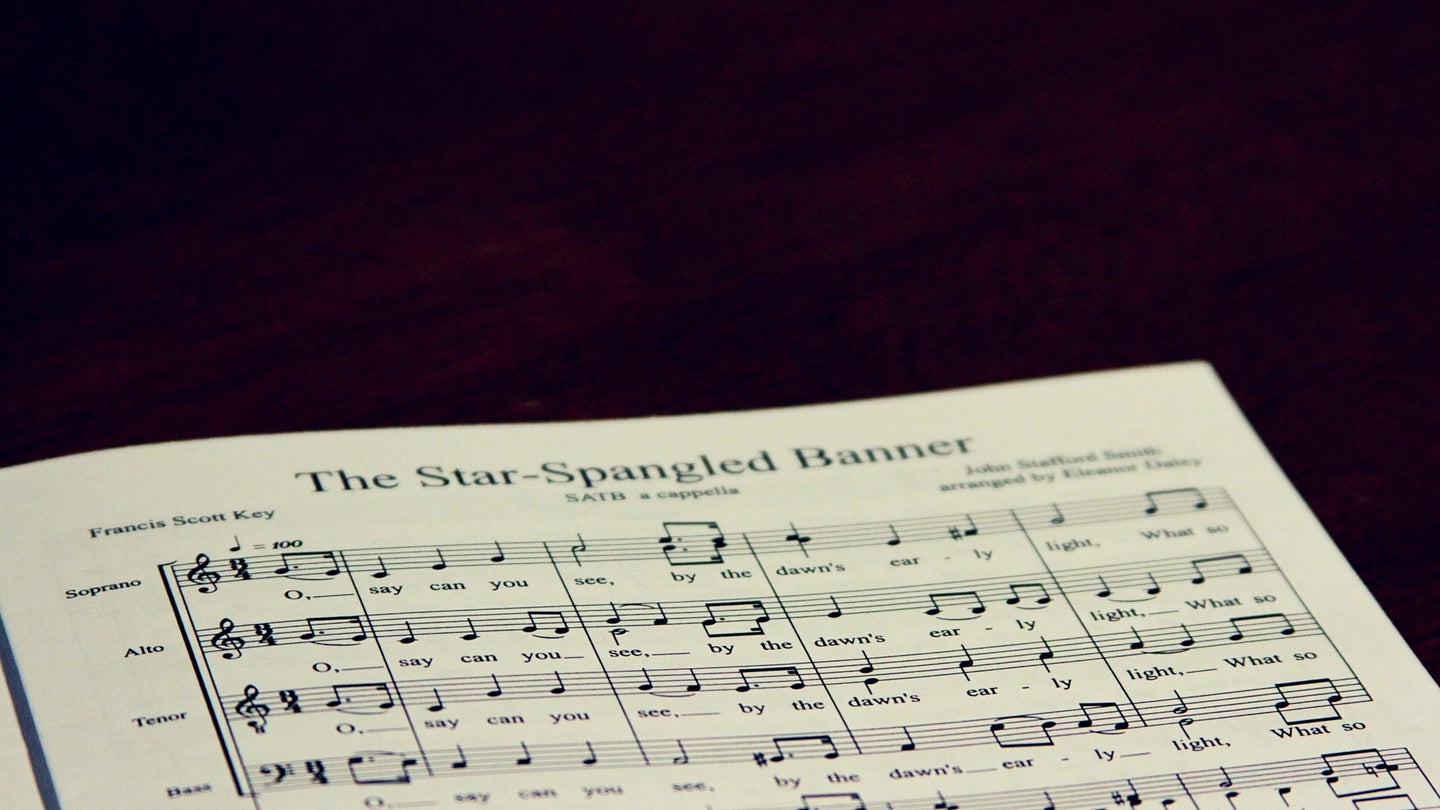 I enjoyed your recent piece on the to-kneel-or-not-to-kneel thing engulfing our country lately. I wanted to hate it, in the sense that Ernest Hemingway hated everyone else’s writing. Either what Hemingway read was junk, and therefore a waste of time. Or it was good, and therefore threatening.

Yours “offended” me on the side of being what good writing should be: Raw, real and honest. I related to how you’d react if your own kids were showing less than proper respect during the anthem. I could easily see myself imparting wisdom to my own kids with a well-timed and optimally forceful swat. So, yeah, I wish I would have written it myself. Well done.

But after reading your article and following the conversations it stoked, I felt a little uneasy. Your essential point was that the military community should be expected to listen and be open to perspectives from the civilian world if it, in turn, wants the civilian community to be appreciative and open to the concerns of our military and its families.

Listen more, speak less. Let dialogue reign. Let a multitude of voices weigh in. Who can argue with such a noble and self-evident point? You offered a gentle and general reminder to everyone: we should resist thinking that our perspective is the only valid perspective, and be confident enough in our own beliefs and values to be open to contrary opinions. You celebrated a two-way street, where we speak with others, not at them.

But here’s what happened. . . I came to your article because a mutual friend posted it on his Facebook page. Underneath his post, there was an appreciation for the valid points you raise, the tone of your article, your charity of soul, and admiration for our friend for his having posted it.

And then I saw the type of comment that conservatives have been railing against for years. In praise of his posting your article, one commenter wrote, “You’re making progress. Please give yourself credit.” And with that statement, one that oozed condescension, it was clear: “You’re coming around to my way of thinking. Good for you. You’re finally realizing the error of your ways. Good on ya.”

I’m okay with disagreements, but when the tone turns patronizing, that’s when hackles get raised. She might as well have said, “We should embrace openness and dialogue, as long as you think (or are at least approaching) exactly what I think. I celebrate freedom of speech, as long as you toe the (i.e., my) party line. If any of these edicts are broken, if any of you don’t knuckle under, if any of you dare to voice even a whiff of dissent, you’re an incorrigible bigot, hate-monger, and fascist.”

I’m certainly not suggesting you’re accountable for that comment.  Far from it. I’d like to think you were speaking to her, not for her.

But since we are discussing freedoms and forms of expression within a military context, I got to thinking about an incident involving Hugh Hefner, Playboy’s lifelong hedonist, who passed away recently. Back in 2007, SSgt Michelle Manhart, then a DI at Lackland AFB, posed nude for Playboy. To no one’s great surprise, it didn’t take long before she was summarily dismissed from the Air Force.

The champions of the First Amendment and freedom of expression should have been in an uproar about SSgt Manhart’s separation. Her photo shoot was done on her own time and didn’t amount to a dereliction of duty. But that didn’t matter to the Air Force. Their judgment was swift and final: Privates (well, airmen) should keep their privates private. End of story. First Amendment crusaders went quiet, because. . . exploitation, obviously. Manhart defended herself by saying, “I’ve been serving for 13 years, fighting for everyone’s rights. Why wouldn’t I be able to stand up for my own rights and participate in the freedoms that make this country what it is?”

Whether she naively misunderstood her 1st amendment rights and how they were superseded by the terms of her enlistment, or whether she deliberately used this stunt to separate herself from service is unclear.

I mention Manhart for another reason. In 2015, she was detained by police at Valdosta State University after a student protest. Students were disrespecting Old Glory by trampling on it, because. . . college, I guess. The vague object of their wrath was racism, and though I don’t know very many “pro-racism” people, I know they’re out there. (Charlottesville taught us that not only do they exist, they’re something of a political force.) But walking over the flag? Manhart wasn’t having it and grappled with several students before tearing it away from them. Grappled, literally. That diminutive Airman took on several protesters and more than held her own.

Our airman became an First Amendment crusader by challenging the Air Force’s ability to terminate her service. But even an airman who engaged in such titillating behavior and who fought for the right to–not bear arms–but bare herself, found that certain activities that were otherwise permitted under the Bill of Rights simply went beyond the pale.

By wresting away the flag from the protesters, she was saying that you don’t get to take a dump on the very symbol of the principles that give you broad latitude to take a dump just about anywhere else. Say what you want, she seemed to say, as long as there are boundaries.

To me, targeting the flag or the anthem amounts to objecting to the symbol of the very principles that afford you the freedom to object to anything. It’s like protesting air or your own mother, both necessary conditions for your very existence.

And at this stage in the conversation–when it comes to the kneelers (hey, if people can sling around terms like “truthers” and “birthers,” I can coin a phrase, too)–what began as a peaceful demonstration against police brutality and systemic racism has become something else. The initial focus of taking a knee to protest racial inequality has morphed into a national uproar over NFL owners and the degree to which they can delineate what are and aren’t acceptable forms of demonstration.

Given the incessant clucking about Trump, Jerry Jones, Alejandro Villanueva,and Colin Kaepernick, the initial focus of the demonstrations–racism–seems to have been eclipsed by an entirely different conversation about billionaire NFL owners and their sphere of influence over player conduct. Taking a knee during the anthem began in hopes of making a statement; what’s transpired over these last weeks has unfortunately served to obscure that message. The question of over-aggressive policing has been displaced in favor of the question: What will the Cowboys do this week?

When my wife was stationed at Fort Detrick in Frederick, MD, Francis Scott Key’s birthplace, it didn’t take long to realize how fond of Key the town really is. It was there that I took an interest in the anthem itself. Beyond coming to realize that, even for professional singers, it’s a difficult song to sing, I noted its use of interrogative statements. The first verse, the one we hear, is filled with questions. Not statements, not unquestioned dogma, not some jingoistic Kool-Aid. But queries.

But let’s ask those questions in a sphere of reciprocity, where we can exchange ideas, not just inflict them. Let’s presume that we’re talking in a place where nobody has a monopoly on truth or righteousness. A place where we can discuss issues and ventilate ideas, not wage character assassinations.

Since this national conversation began by talking about players taking knees on football fields, I ask you to consider other occasions during a football game when a knee is taken. If a kick-returner takes a knee, the play is over. If a quarterback takes a knee, the game is (mostly) over. And so, many of us can’t help but think that when players kneel during the anthem, they believe that the conversation is over and that the final verdict has been rendered. I think this is what troubles people the most.

Because certainly, there are still conversations to have and questions to pose, difficult questions. Questions that ask us to take a hard look at ourselves, at our own belief systems. If our principles are well-thought out, then they can be subjected to scrutiny without harm. If they can’t, they weren’t very stable to begin with.

“The Star-Spangled Banner” begins and ends with a question. The conversation is not over, it seems to imply, and that we’re in the midst of a perpetual national discourse about our Great Experiment.

This is just what your article implores, that we stand together, perhaps differentiated by our opinions, backgrounds and political viewpoints, but united in the sense that though brothers can fight, there still remains an undercurrent of love, charity and respect. If you don’t believe me about brothers, try intervening in one of their fights. They’ll both turn on you in a heartbeat.