Maria Reed, an Army wife of 14 years, used to be a TV director and producer. Then–of course– her husband... 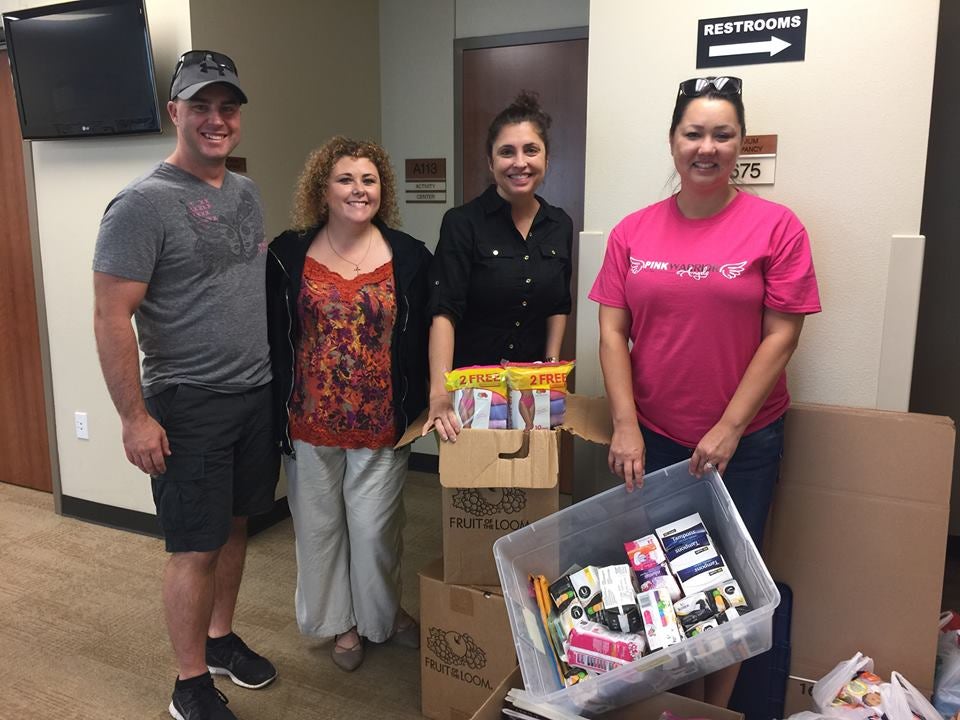 Maria Reed, an Army wife of 14 years, used to be a TV director and producer. Then–of course– her husband rejoined the military and she got out of her career. After all, both she and her husband couldn’t be gone all the time. Someone needed to be accessible and available for their children. Recently, however, Reed has found her way back to TV. . . but this time, she’s on camera, rather than behind it.

Since her launch earlier this year, Reed’s grown her show’s following from her current home base in Ft. Hood, TX. When Harvey hit, she wanted to use that following and her connections as the 2017 Armed Forces Insurance Military Post Spouse of the Year for Fort Hood to quickly mobilize for the people of Texas. As a Hurricane Andrew survivor herself, Reed knew first-hand how important help is. “I found myself in a very unique position to be in communication with people on the installation,” Reed says. She worked with the base’s Protestant Women of the Chapel and the chapel itself to create a drop-off point for physical items that are badly needed.

Reed and a friend went to the Dollar Tree to grab products to start the drive and used Facebook Live to talk about their plan and to ask for help. From there, the collection snowballed. They named the event Operation Mil-Spouses Unite for one reason: “That’s what we do on the regular. That’s what we do as military spouses,” she says. “We mobilize. I don’t know if that’s a learned behavior from being a military spouse, but we do and we get things done.”

Reed is working with Vista Church–a community church that has been set up as the hub of emergency collections for the county– and with the Knights of Columbus. She urges those who wish to donate physical items to first review a list that Vista Church continues to update regularly. She can also receive physical donations–no cash, please– at her place of employment: Central Texas Christian School, c/o Maria Reed, 4141 W. FM93, Temple, TX 76502. Local donations can be dropped off at the Spirit of Ft. Hood Chapel between the hours of 8:30 AM to 4 PM until September 1. Donation inquiries can be sent to maria@movingwiththemilitary.com.

Reed reports that military spouses from other installations from across the country and across the world have been contacting her in order to set up the best way to donate. She also noted that the outpouring in the Ft. Hood community has been strong.

For Reed, who is in the midst of her husband’s deployment, the ability to help and to watch others help, is cathartic. “It doesn’t matter the color. It doesn’t matter the religious belief. It’s just people coming together to help other human beings, period. That makes me a very proud American,” Reed says.