Amazing blog courtesy of Emily Sovich.  Thank you! A few months ago, a friend of my husband’s died in the... 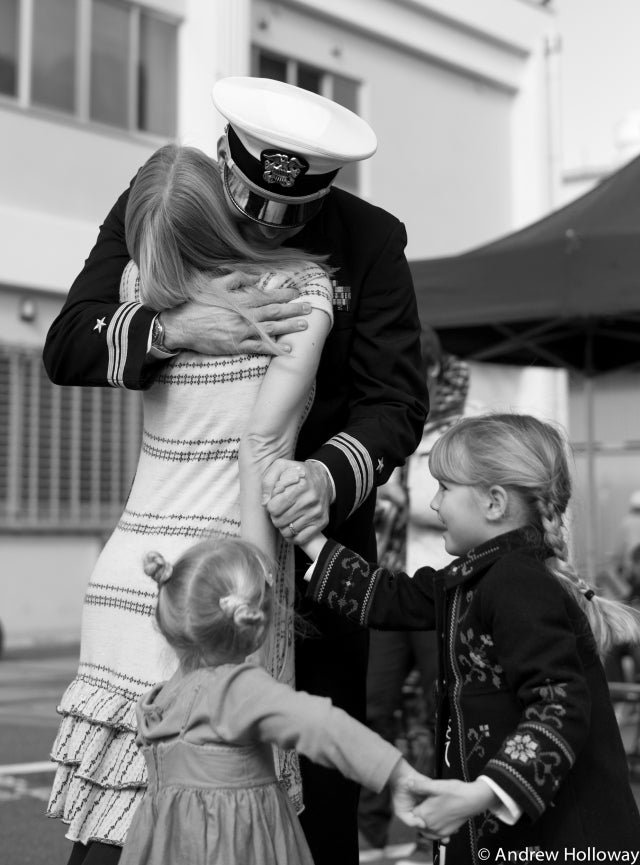 A few months ago, a friend of my husband’s died in the line of duty. They’d been through flight school together, as well as college, and they were brothers-in-arms even though they’d been assigned to different planes and sent off to different squadrons. When my husband heard about the death, his face fell. After dinner that night, he sat at the table in the dwindling evening light and just stayed quiet. I kept talking. The pilot’s wife was in my extended social circle, and I couldn’t get her out of my mind. Until the moment when a military official knocked on her door to tell her she was a widow, her life had looked a lot like mine. She’d had babies to care for, a house to run, and a lifestyle that depended on her to keep everything stable. Had we ever officially met, it’s likely we would’ve been friends.

Over the years, my husband and I have had more than one of these exchanges. He’s watched friends come home with gunshot wounds and career-ending injuries from shrapnel. He’s turned on the news and heard stories about his former classmates, his friends, dying in training accidents and military plane crashes. He’s gone to work, on more than one occasion, and found out that a colleague committed suicide in the night. I’ve been brokenhearted, caught in an endless cycle of empathy for people I’ve never met — their parents, their children, their wives — and helplessly replaying their stories in my mind every time I kiss my husband goodbye.

We’re the lucky ones though, my husband and I. We have an ordinary story. When our baby girl pulled away from my husband on a cold summer night in New England and stretched her arms toward me and cried, we knew it was because she didn’t recognize him as her daddy. It was his first homecoming, after all, and she couldn’t possibly be expected to remember him after so many months of deployment. He’d braced himself for the rejection. Years later, when an earthquake and a tsunami hit Japan and then a nuclear power plant in Fukushima started leaking radiation, I knew he’d have to report to his ship and leave us there. I knew I’d have to kiss him goodbye, take my daughter by the hand, pick up our baby, and manage our evacuation. I didn’t beg him to stay or tell him I was afraid. I knew I had to be Strong Enough to Handle Everything; that was the unspoken promise I’d made him. In return, I expected him to do everything he could to stay safe. I expected him not to make the news. I expected him to keep our story ordinary, but that’s never been a fair promise for me to ask him to make. As a military member, he’s legally required to follow orders. He has to take the risks they tell him to take. He isn’t in charge of our story.

When we met, my husband and I both believed in patriotism and honor. We believed in the American military and in its mission, and we felt like the sacrifices we were making brought good into the world. We were young and idealistic, perhaps, but we believed there were causes worth fighting for in this world, and we believed we were strong enough to fight. Like so many of the men and women in this generation though, my husband has spent his entire career in a military at war, and over time we’ve both become disillusioned. The resolution to cut military retirement benefits by 1% every year, which could lead to a total retirement income loss of $83,000 – $124,000 on average, has taken me beyond disillusionment and led me to believe that we’re living under a government that claims to support the troops, but is unwilling to reflect that support through legislation. As I’ve listened to the country debate whether or not military members are overcompensated, in an attempt to justify Congress’s decision to cut military pensions, I’ve come to feel that we live in a country that neither understands nor acknowledges the intense, everyday sacrifices they’re asking military members and their families to make. The fact is, military members earn their retirement benefits. Those benefits are part of a contract the government agreed to each and every time a service member signed their commitment papers, and while perhaps future military benefits ought to be re-examined in the light of our current budgetary crisis, it’s unconscionable for the government to retroactively change their agreement by taking away part of veterans’ compensation.

My husband would be sent to jail if he failed to uphold the contract he made with our government. Congress, on the other hand, seems to have no consequence for failing keep their end of the bargain, and that terrifies me. If they can break a legally binding, pre-established agreement, I see no reason to trust them to keep their word in the future and no limit to what they could do. I see no reason to stay in such a hard life, where nothing’s guaranteed except risk and sacrifice. If I was disillusioned before, now I’ve lost faith in the leadership of this country. Now, when I imagine the future with my husband, I picture him as a civilian.