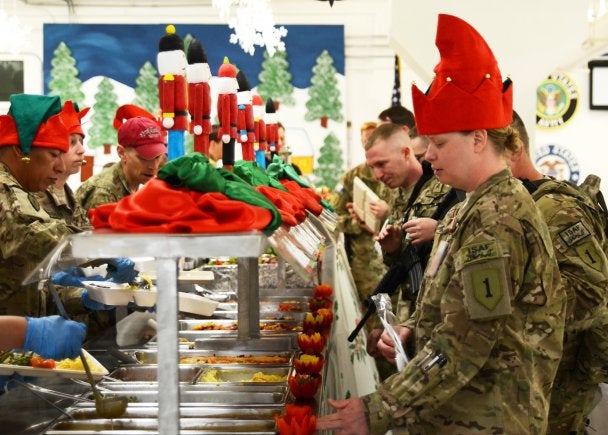 Marks won gold and bronze medals at the 2016 Paralympic Games in Rio de Janeiro, struck gold four times at the 2016 Invictus Games in Orlando, and received the Pat Tillman Award for Service at the 2016 ESPYs in Los Angeles.

On March 8, Marks was one of seven Soldier Olympians and Paralympians among the U.S. Army Women’s Foundation 2017 Hall of Fame inductees at the Rayburn House Office Building in Washington.

“In the face of life-changing injuries, they have been tested and challenged, but they have not been defeated,” retired Lt. Col. Jenelle Roberts said before naming the Soldier-athletes. “They exemplify the triumphs of the human spirit. While their journeys and struggles may differ, they all have the same fundamental core of strength, resilience and perseverance, which made them successful Soldiers and world-class champions.”

Marks underwent triple surgery for bilateral hip injuries sustained in 2010 while serving as a combat medic in Iraq, which led to rehabilitation in the swimming pool at Joint Base San Antonio-Fort Sam Houston. Her resilient determination to return “fit for duty” resulted in a Paralympic swimming career that led to world-record times and gold-medal success.

Along the way, however, Marks nearly died in London in 2014 after contracting an upper respiratory infection while traveling to the inaugural Invictus Games. The infection led to a medically-induced coma that lasted nearly a month. She recovered to not only win four gold medals at the 2016 Invictus Games but set a Paralympic world record in the women’s SB7 100-meter breaststroke.

In spite of her many successes, Marks said, she never imagined that she would one day find herself “in a room with such accomplished women.”

“It’s very humbling, and it’s a lot to digest,” said Marks, 26, a native of Prescott Valley, Arizona, who is stationed at Fort Carson, Colorado. “I’m sure I’ll wake up in the morning and feel just as awed and inspired as I did this evening.”

Marks said she was humbled by the praise.

“She has been an incredible sergeant major that paved the way for a lot of women,” Marks said. “For her to even know my name is an honor.”

Congresswoman Rep. Tulsi Gabbard, a major in the Army National Guard who serves on the House Armed Services Committee and the House Foreign Affairs Committee, welcomed the recipients to Washington and offered advice to the military women assembled for the ceremony.

“Don’t discount what you bring to the table and how much appreciation there is for your service and for your leadership, both in the uniform and at whatever point you lay down that uniform,” Gabbard said.

Marks was grateful to be considered as a panelist, much less a Hall of Fame inductee.

“I sat on a panel with extremely impressive women that held a lot of rank from a lot of years of service,” she said. “I hope that I can continue that legacy and that I bring them the respect that they deserve. I am in awe that they thought me worthy of this, and I will cherish it.

“It will be a memory and something that I look back on that inspires me for a long time.”