6 Reasons Military and Civilian Salaries Don’t Line Up Posted on Feb 11, 2013 | This content is provided courtesy... 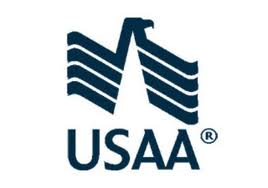 This is the last installment in a three-part series about the challenges of transitioning from military to civilian employment. Part 1 | Part 2 I always believed that life after the military would be greener — greener as in the piles of money to be made. As a junior captain, transitioning out of the Army after five years, my salary and benefits were nothing to scoff at. But I was optimistic that I would bank significantly more in corporate America.

Three months after my separation from active duty in 2001, I landed a management position with a leading national services provider. While I was excited that my starting salary exceeded my previous pay, I was rather deflated after discovering that my new $55,000 annual salary gave me less disposable income than my $48,000 military compensation. This disparity would have been less of a shock had I planned for some obvious differences between military and civilian compensation and expenditures.

Here are six reasons why my civilian compensation didn’t match up right away:

These points aren’t intended to scare anyone. There are many lucrative opportunities out there for ambitious veterans. But there are key differences between civilian and military compensation that need to be factored in to your post-military expectations. By acknowledging them and including them in your planning, you can help prevent a rude awakening, and, hopefully, make your transition go a bit more smoothly.

Maj. Alan Brown is an active-duty Army public affairs officer, currently serving at USAA on a one-year Training-with-Industry fellowship in Corporate Communications. This is the last in a three-part series Brown wrote about lessons learned during his 2001 military-to-civilian transition. Brown returned to active duty a year after transitioning out of the Army.

For more resources on making your transition into the civilian world as smooth as possible, see our Home and Relocation, Job and Career Tools, Finance and Education pages.