Navigating personal finances while serving in the military can be challenging, and military financial advisors frequently encounter the same questions... 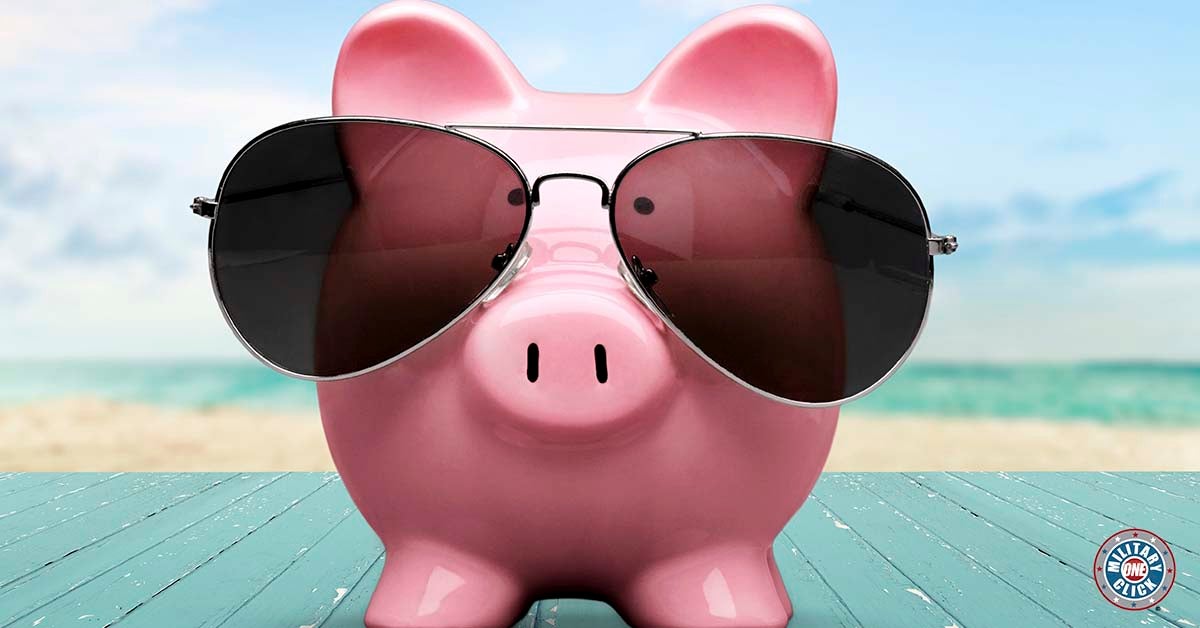 Navigating personal finances while serving in the military can be challenging, and military financial advisors frequently encounter the same questions and misinformation. We asked military Personal Financial Counselor, Kayla Andrews, AFC®, to dispel some common financial misconceptions she hears when advising military clients. Here are the top 11. While the paychecks are guaranteed, the amount paid can be incorrect, whether due to inadvertent overpayments or underpayments. Discrepancies are often the result of inaccurate inputs due to frequent moves, promotions, time-in-service pay increases, and housing allowance fluctuations, to name a few variables. Overpayments will be discovered eventually and taken back by Uncle Sam, often in one unfortunate, kick-in-the-pants lump sum. Underpayments indicate that a service member is not receiving earned money, which is also a big problem. Ultimately, the accuracy of a service member’s leave and earnings statement (LES) is his or her responsibility. The LES is available each month at http://mypay.dfas.mil, and it’s crucial to check for any inaccuracies and ensure everything makes sense. Government shutdowns due to budget disagreements have also previously threatened to delay military pay, so an emergency savings buffer is a must.

The simple fact that a bank approves a loan does not automatically mean the service member can realistically afford the payments or the debt load. According to Andrews, many service members end up in big financial trouble after accepting too many loans and trusting the bank to accurately calculate their debt to income ratio.

Andrews explains, “I have many clients come to me with well over the maximum recommended 20% debt-to-income ratio and all of their debt comes from multiple loans and credit cards all from the same bank. They then have a tough time paying back the loans.” Loan approval and loan affordability do not necessarily correlate, so it’s important to make sure to accept only necessary loans with comfortable repayment plans.

[Tweet “On-base banks may not always have the best rates. #military #financial”]

Active duty do not qualify for WIC.

Active duty service members of certain ranks may qualify for WIC, a nutrition support program for pregnant or nursing moms and children up to age five. Eligibility depends on family size and income. When stationed overseas, the eligibility threshold for military families can be even lower, so more families qualify for benefits in some locations when compared to stateside duty stations. If a service member or spouse is expecting, a phone call or visit to a WIC office will help determine eligibility for benefits, which cover pregnant and nursing women and children up to age five.

[Tweet “Some #military members may qualify for WIC. #milspouse”]

PCS move expenses are completely covered by the military.

PCS moves are costly and often require out-of-pocket payments, which may or may not be fully covered through eventual reimbursements. The new government credit card requirement for Marines eliminates advanced dislocation allowance, the cushion many have become accustomed to for those little moving costs that add up quickly. Even the best penny-pinchers generally need something in a new space, whether it’s a shower curtain, a bunk bed for the kids, or a couch that will physically fit in a new living room. Andrews recommends setting aside some cash in anticipation of a PCS move as an important step in the preparation process.

Frequent military moves tend to dent the ever-living-daylight out of furniture. Service members can request insurance reimbursement, and sometimes the moving company provides a reasonable offer. Full replacement value reimbursement is not always a reality, however. Mold that appears while in transit or storage is often not covered, and scratches and dents add up over the years, eventually totaling furniture. Sometimes, without proof that an appliance or electronic item worked prior to the move, non-working items upon arrival will not be covered.

[Tweet “#PCS damages are not always reimbursed in full. #military”]

Exchange cards are credit cards and credit limits and balances incurred reflect on credit reports. Moreover, unpaid balances will be reported to a service member’s command and eventually a garnishment of military pay will commence to pay the minimum payments. Andrews says, “balances on these cards are debts owed to the government and won’t just go away.” PCSing overseas opens up a whole new world of expenses. The military may pay to store one vehicle, but sometimes that vehicle’s depreciation rate, potential insurance requirements, and remaining car payment transform free storage into an unreasonable expense. Selling a car and repurchasing a new one (or two) overseas can become a huge cost burden, and these expenses can be unexpected if surprise orders come down.

Moving overseas can also include a period of time, either stateside or at the new duty station, when the majority of furniture and personal items are in transit and therefore unusable. It’s quite a feat trying to make it without caving and purchasing redundant items while waiting on that elusive household goods shipment floating somewhere on the ocean.

A service member’s housing allowance (BAH) is intended to cover both housing and utilities, which can be extremely costly per month depending upon the location. Andrews recommends shooting for a rental or mortgage with a payment per month as far under the housing allowance as possible to provide a buffer for utilities and unexpected expenses.

There is no reason to start the Thrift Savings Plan (TSP) if only completing one enlistment.

Andrews says the best time to set up TSP accounts is during boot camp or initial training, regardless of the intended length of service. Andrews explains, “Young service members who start putting 10% of base pay into TSP in the first year and continue for 4 years could have that sum of money turn into a quarter of a million dollars by age 65 without adding any more money to it after the initial 4 years.” Though additional contributions may not be allowed after leaving active duty, the contributions continue to grow with the low-fee plan. Investing as early as possible for retirement will maximize savings, whether career military service is in the cards or not.

Once TSP automatic payments are set up, no other steps need to be taken.

Andrews explains that starting TSP contributions is the first important step, but additional steps must be taken to ensure that money is being invested properly according to the age and risk tolerance of the service member. “There are five funds available in TSP and the service member’s allotment automatically goes into the safest, low return fund when they start TSP through MyPay. This can ultimately cost them a lot of money in lost growth over their lifetimes if they don’t move it into something with the potential for more growth,” says Andrews. A military financial advisor on base or a command financial specialist can assist with developing a specific plan to maximize retirement savings for any service member’s unique situation.

Saving for kids’ college is more important than retirement.

Andrews recommends all service members plan early for the retirement they envision and fund college savings plans only after retirement funds are on the right track. Children can fund college in numerous ways, but no bank will grant retirement loans. If it’s feasible, automatically socking away a percentage of pay each month in the TSP will allow individuals to take advantage of the compounding interest and set themselves up for success. Jessica Brown is a graduate student at George Washington University and holds a bachelor’s degree in political science from the University of Washington. She has spent time as a congressional aide, government affairs specialist, news radio producer, and military family readiness advisor. She currently manages a military family financial education program for a nonprofit organization. She lives overseas with her husband, a USMC pilot and staff officer. Follow Jessica Brown on Twitter @JessicaBBrown2