You may have been hearing about the “pink slips” sent to deployed service members in Afghanistan, informing them that at... 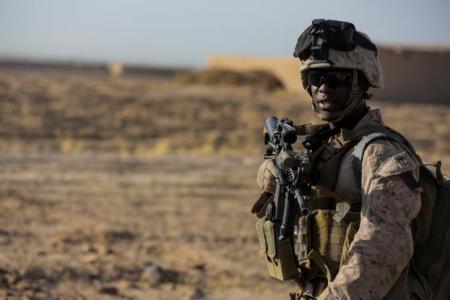 You may have been hearing about the “pink slips” sent to deployed service members in Afghanistan, informing them that at the end of their deployment, their services are no longer needed. The only source for the “pink slips” comes from a New York Post article. But what is the back-story and what does this mean?

The story: In an opinion piece for the New York Post written July 9, former Army Captain Jonathan Hendershott writes about “pink slips” sent to service members, some of whom are deployed. The slips say that upon the completion of the deployment, the service members are no longer needed. The only quote from any affected military family is an unnamed Army spouse describing her service member husband’s “pink slip:” “On some level I knew the drawdowns were inevitable, but I guess I never expected to be simultaneously worried about a deployment to Afghanistan and a pink slip because my husband’s service is no longer needed.”

What is going on: While service members aren’t receiving actual pink slips, many are being asked, or rather forced, to leave the service. This stems from part of the military’s plan to drawdown as the U.S. withdraws from its current conflicts. The plans have been discussed for the past few years and were brought to the forefront of the conversation during 2013’s sequester discussions, as well as with the new Department of Defense budget. The drawdown plan centered on the paygrades and year groups with the highest manpower. These areas had the largest influx of service members over the years, many of which are not willingly leaving the service currently. Now, with the drawdowns in Afghanistan, as well as the drawdowns in forces, people are being forced out.

The Army alone will have to force out 3,000 officers. Of that number, 1,500 are captains and 550 are majors. Of the Army’s noncommissioned officers, more than 500 are at risk and another 484 may be forced out by 2015. The reductions can come about in a few ways such as voluntary retirements, resignations and decreased enlistments. If that doesn’t reduce the forces enough, the military will use other means, such as the Army’s Qualitative Management Program, a quality control process that can result in involuntary separation or retirement of Soldiers (other branches may use a branch-specific plan). In short, it helps the Army keep the most desirable Soldiers, by removing the undesirable candidates.

Post-conflict drawdowns are nothing new. Most military Families have been hearing about drawdowns for the past few years. Unfortunately, not everyone can be prepared for them.

Some of those being forced out are service members that may have planned a long military career, but are now faced with entering a struggling job market (sitting at 6.1% as of June). While they leave with honorable discharges, they haven’t been in long enough to draw any sort of retirement benefits to help during the in-between phase. Not all of the service members asked to leave are sub-par — some will be perfectly good service members.

The Army, at least, is trying to help all affected Soldiers to adjust. Army Vice Chief of Staff Gen. John Campbell said, “those who are asked to leave will remain in service until April 1, which gives them time to prepare their Families, retrain and look for work in the civilian world. They’ll have nearly 10 months to transition, to get their finances and their families ready, all the things they need to do to get a smooth takeoff as they leave the service.”

With such harsh reduction levels, American forces will likely drop below World War II levels. The Pentagon and other DoD officials have warned that if a major conflict breaks out at that point, the United States would not have the readiness or capabilities to respond. With the current conflict between Hamas and Israel, issues in Ukraine and the unraveling of Iraq, many wonder if such a large drawdown is a good idea.

Sarah Peachey is a 20-something journalist from Pennsylvania, back in the Mid-Atlantic after voyages to the Deep South and Southwest. She lives with her husband, toddler and two furbabies. She began a career in journalism with The Fort Polk Guardian, an installation newspaper, winning three state awards for her work, and now freelances for military spouse support sites. She is an active blogger on MilitaryOneClick and her blog, “Stetsons, Spurs and Stilettos.” She has a passion for politics and fiery debates. She enjoys spending her days on the shooting range or at home with a good book. She considers herself a bookworm, pianist, wine enthusiast and artist.