The walk that was a reminder of what it means to serve and the sacrifices others have made for us. 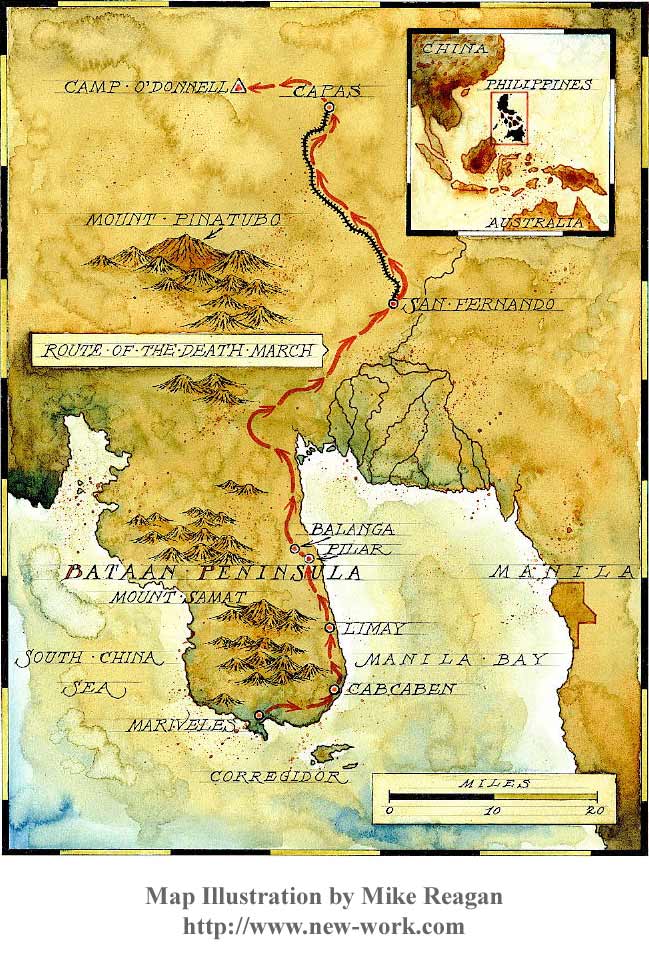 For almost 20 years, my best friend (and former Company Commander) and I have been talking about participating in the Bataan Memorial Death March. This year, we finally took part along with 6,000 others.

When I shared with my friends at USAA that I’d be going, they said, “You have to write an article for us about it!” Happily, I agreed.

Like many who’ve served, this isn’t my first endurance event (military or civilian). And, to be perfectly frank, I didn’t want to write yet another recitation of my “inner journey” or “evolution.”

My big takeaway from the event is as simple as it profound: perspective.

For weeks leading up to Sunday’s march, I found myself thinking about meeting the Survivors who’d be in attendance. The men who endured what can only be described as unfathomable (here’s one account from a survivor for context).

I was fortunate enough to shake the hands of four of these men. Something I will never forget.

Along with my two friends and a backpack, that’s what I carried with me.

We walked 26.2 miles through the desert. The Survivors covered more than 60 after fighting for 3 months, starving and being ridden with malaria.

Every four miles or so, we were met by amazing volunteers who cheered us on and handed us Gatorade, water, fruit and even cookies. They had nothing of the sort.

As I passed fellow marchers changing socks, tending to blisters and those simply taking a “breather,” I could only think of the Survivors would have been met with a bayonet if they made such a choice. And, at the end of the day, I was able to head back to a hotel room for a warm shower, clean clothes, a hot meal and a beer. The survivors had 3 years as POWS and more unspeakable experiences ahead of them.

For me, that walk was a reminder of what it means to serve and the sacrifices others have made for us. Others who gave so much and ask for nothing in return.

Kevin Kermes is an Entrepreneur, Author and Speaker. He served as an Infantry Officer and later,

worked as a Headhunter where he directed more than 1,000 searches. Kevin writes weekly for 290,000+ subscribers at Career Attraction and Every Veteran Hired with the simple mission of providing smart, actionable advice that gets results.