I was not prepared to give birth during a hurricane. When Hurricane Isabelle struck the East Coast in 2011, that’s... 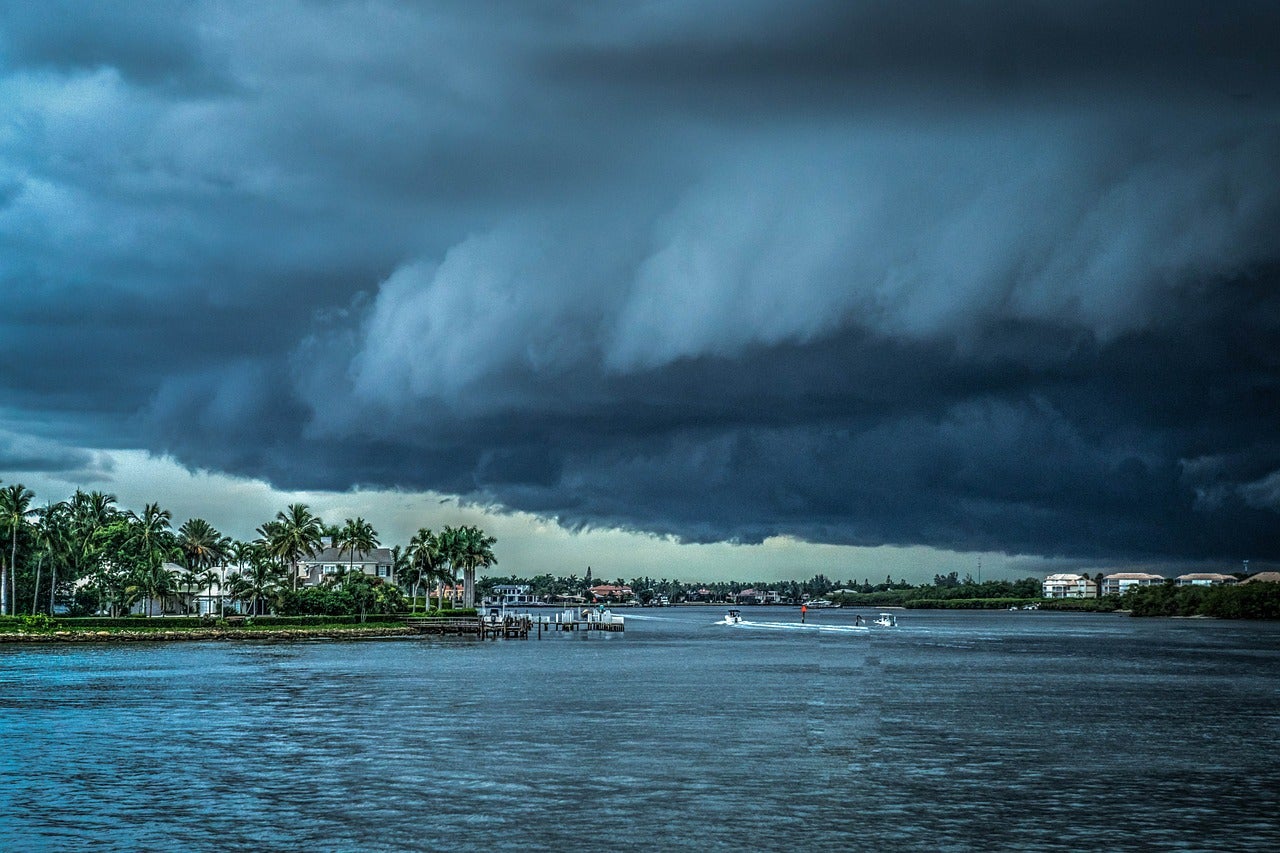 I was not prepared to give birth during a hurricane. When Hurricane Isabelle struck the East Coast in 2011, that’s exactly what happened. Citizens were encouraged to evacuate inland, but I couldn’t drive far because I was already in labor and past my baby’s due date. Our base shut down; pregnant women were told to shelter at the hospital.

I was one of the first women to give birth that night. The storm howled outside, trees were knocked down, the hospital lost power, and there was a tornado warning that forced all the patients to take cover in the hallway. Nevertheless, my baby boy was completely healthy and slept through it all. It was a traumatic evening I will never forget.

Since then, the military has moved us to areas where there are earthquakes, wildfires, mudslides, and tsunami warnings. No matter where you live in–or outside of–this beautiful country, natural disasters are a very real possibility. It’s a possibility that your family should be prepared for, especially during a deployment when you may need to evacuate or prepare for a disaster alone.

Hurricanes can strike anywhere along the Atlantic Coast or the Gulf of Mexico. This can impact numerous Navy, Marine Corps, and Coast Guard bases. Hurricanes most often occur during the summer months, when the ocean current is warm enough to create the storm. During a hurricane, strong winds can knock down trees and power lines, damaged roofs, and break windows. A tremendous amount of rain will fall, causing flooding and road closures. Hurricanes are ranked in categories that describe their windspeed and severity. Anything in Category 3 or above can cause a base to shut down. Homes may lose power for several days, and your water can be temporarily shut off if you are connected to city water. The best time to evacuate is one or two days before the storm hits. Driving a few hours inland, away from a coastal area, is usually a safe option.

While these dangerous storms are most frequent in the “Tornado Alley” that covers parts of Texas, Oklahoma, Kansas, and Nebraska, tornadoes can occur in any part of the country if conditions are right. I have witnessed their damage in North Carolina and Maryland. Military families should be prepared for tornadoes, especially in the late spring or late fall.

Tornadoes are powerful and unpredictable storms. Their damage path is usually narrow. . . but extremely destructive. They can flatten houses on one street and leave the next untouched. Because of their unpredictability, tornado warnings should always be taken seriously. There is usually no time to drive out of the area, but there is time to seek shelter. The best place to shelter is in a basement or a downstairs interior room with few windows (like a bathroom).

Earthquakes occur along fault lines. There are several minor ones throughout the country, but the largest and least stable is in California. Military bases on the West Coast experience several minor earthquakes each year. Most can barely be felt. Earthquakes cause a swaying or rocking motion that lasts for a minute or two. Others are stronger and can cause buildings to crack, roofs to collapse, and mudslides that can level houses.

Earthquakes are generally unpredictable and don’t come with a warning. If you feel one, move to the safest place around you, like a doorway. Avoid standing near heavy furniture like shelves that could fall and hurt you.

During the summer and fall, fires can cause incredible damage in any part of the country that is dry. They are particularly severe on the West Coast. Firefighters can typically contain a fire before it reaches a base or residential neighborhood, but there are cases where military families have been told to evacuate a base. You will have warning ahead of time and should be prepared to move quickly if an order comes. This is why it is important to be prepared in advance.

How can you prepare for a disaster?

There are things you can do ahead of time to prepare for natural disasters. First, whether you live on- or off-base, have renter’s insurance to cover your own furniture and belongings. Your family should have a disaster plan every time you move to a new base. You may not have family living nearby, so discuss where you would go if an evacuation is declared. Agree on a meeting place and a method of communication besides cell phones. It is wise to keep your vehicle’s gas tank at least half full at all times. When a natural disaster situation is declared, you may need to evacuate quickly. Long lines or lack of power at the gas station could derail your plans if your tank is empty.

Keep these emergency items packed and ready to go to save your family time in an emergency disaster situation.

If you plan to shelter at home…

If you plan to evacuate…

Lizann Lightfoot is a Marine Corps spouse. She can be reached at lizannlightfoot@gmail.com.