For service members, veterans, and their families living in Puerto Rico, Hurricane Maria has been catastrophic. Jeffrey Yee, an Iraq... 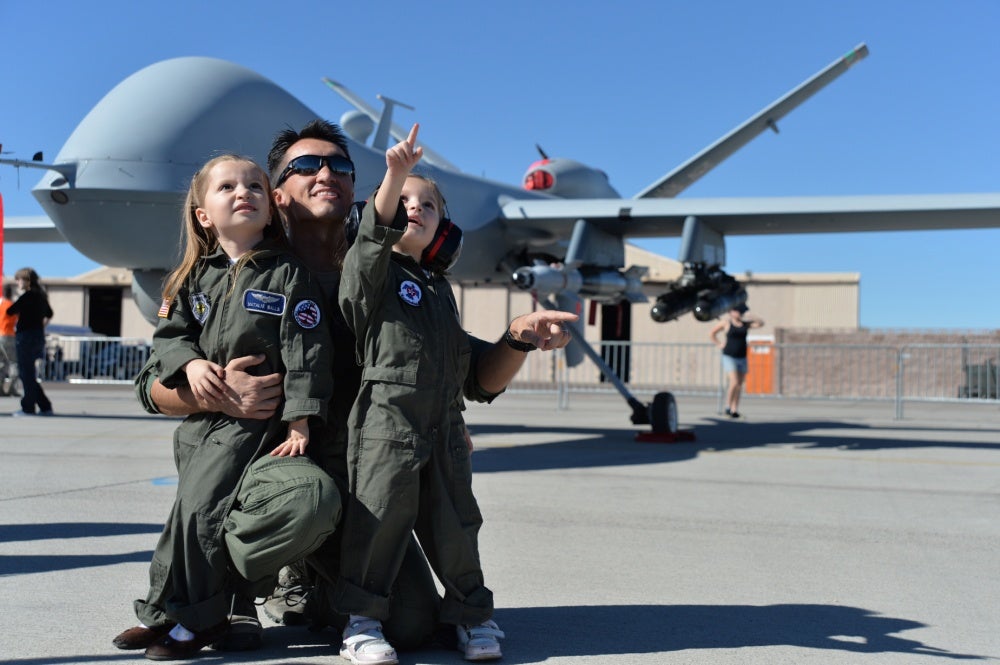 For service members, veterans, and their families living in Puerto Rico, Hurricane Maria has been catastrophic.

Jeffrey Yee, an Iraq War veteran who served eight years as an infantryman in the Army, relocated his family to Anasco, Puerto Rico in July 2017. He was on the mainland before the hurricane hit and was able to get a seat on the last United Airlines flight into San Juan, only to have it turned around. With his wife and 13-year-old son still on the island, Yee could do nothing but wait for word.

In the storm’s aftermath, internet and cell phone signals were down all over Puerto Rico, and Yee spent a harrowing week trying to get a flight back to the island. Eventually, he was able to talk his way onto a humanitarian aid flight from Miami. He still had no idea what was happening at home.

When he arrived, he found his family safely ensconced with friends, but their home was flooded by more than four feet of water.

“Our house is uninhabitable,” Yee said in a phone interview. “There are dead animals all over the place. They’re in the water. It’s contaminated.”

Critics of the Trump administration’s response to the crisis have called the effort underwhelming. As described in The Atlantic, two weeks after the storm hit only 7,200 service members had made it to the island to aid in recovery. This is far fewer than the 22,000 service members who landed in Haiti within two weeks of the magnitude-seven earthquake that island suffered in 2010. Now, more than a month after the storm first hit, Puerto Ricans are still washing in contaminated water and bacteria outbreaks and disease are beginning to spread.

Already enduring harsh criticism about his administration’s response, three weeks ago, President Trump threatened to withdraw federal aid from the island when he tweeted, “We cannot keep FEMA, the Military & the First Responders, who have been amazing (under the most difficult circumstances) in P.R. forever!”

Across the military and veteran community, this tweet sent up red flags. Not only are service members and veterans with links to the island concerned that they and their families will be forgotten, they’re worried that the rest of America isn’t aware that Puerto Rico is home to active duty military personnel, and that Puerto Ricans are U.S. citizens who actively serve in our armed forces.

“When Trump talks about abandoning Puerto Rico, he’s talking about abandoning our military members and veterans too,” said the spouse of an active duty servicemember who declined to be identified fearing retaliation from her husband’s command. “It seems like a betrayal considering that they served their country.”

Jimmy Rivera, a retired infantryman in the Army and a Vietnam combat veteran, agrees. Born in New York City to Puerto Rican parents, Rivera comes from a family of veterans.

“I don’t think people know that Puerto Ricans are US citizens,” Rivera said. “But we’re patriotic. We’ve paid for our citizenship in blood.”

A US territory since 1898 and granted citizenship in 1917, veterans from Puerto Rico have fought and died as Americans in every conflict since World War I. Today, citizens born in Puerto Rico represent a disproportionate number of active duty service members; between 2003 and 2015, Puerto Ricans enlisted at rates as high as twice the national average.

Marine Corps veteran and spouse, Yolanda Shaughnessy, has family on the island. Shaughnessy is married to an active duty Marine who is currently stationed in Virginia, and she watched with horror from the mainland as the hurricane slammed into Puerto Rico. Unable to reach anyone in her family for two weeks, she is especially concerned about older relatives with health conditions.

“To this day there are family members we haven’t heard from, so we’re on edge,” Shaughnessy said. “One [of those] family members is older and we’re not sure if he’s alive because he may have run out of medication. [No one] can get to him because of how bad it is in that area.”

Shaughnessy doesn’t think people are aware of what’s happening in Puerto Rico. Citing the rising death toll, which now officially stands at 51 with estimates as high as 900, she is worried that the rest of America doesn’t recognize how serious things have become.

“[My family is] running out of water and are pretty much on their last bit of food,” Shaughnessy said.

Jose Vasquez, a New York Native with ties to both the Army and the island echoes Shaughnessy’s concerns. “Three of my uncles enlisted [in the military] from Puerto Rico,” he said. “They’re still struggling with power, water, and food. The basics.”

Services for the more than 100,000 veterans on the island are limited. Puerto Rico’s largest military base, Fort Buchanan, has had to close its doors to everyone but authorized personnel. Under normal circumstances, the base supports about 4,000 active duty service members and a sizable population of retirees.

Although the Fort Buchanan Public Affairs Office could not be reached for comment, a letter from Garrison Commander Colonel Guy Bass posted on the installation website states that there is currently limited access to the base. No timeline is available for when the base will be reopened to veterans and retirees.

Put into practice, this means that regardless of veteran or retiree status, only authorized personnel have access to base services including the Commissary, health clinic, and gas station. The wife of an active duty service member stationed on the island interpreted Colonel Bass’s statement to mean that only those who are assigned to Fort Buchanan are currently able to utilize their benefits. Although her husband is active duty, he is not assigned to Fort Buchanan, and they have not tried to gain access to base.

Xiomara A. Sosa, a veteran who served in both the Army and Air Force, said that services at the VA hospital have also been affected. Her cousin, a Gulf War veteran living on the island who suffers from several service-related illnesses, currently has no access to VA health care.

“She needs a respirator to breathe well at night, [it’s] one of her many Gulf War illness symptoms, and she has been unable to use one. I am still desperately working on getting VA and medical services to her,” Sosa said.

The VA hospital in San Juan could not be reached for comment, but a notice on their website states that they are continuing to make progress towards normal operations and that the San Juan VA Medical Center, including the hospital and emergency room, are now fully operational.

More than a month after Hurricane Maria’s initial impact, some veterans are expressing outrage at how the crisis has been handled. 70 percent of the island is still without electricity, and 40 percent is without running water.

One military spouse described a scene bordering on chaos. “I’m so frustrated with Trump,” she said. “[There’s] no fresh produce. No electricity. Water comes and goes but we can’t drink it anyway. Hospitals are chaotic. [There’s] no internet. Spotty, unreliable phone signals. People are leaving in masses… Businesses are paralyzed. Schools closed. And this is in San Juan, [not the harder hit] mountain regions,” she said.

Beyond what some consider to be an underfunded and undersupplied response to the catastrophe, some veterans say that the President’s tweets, along with a event where he threw rolls of paper towels into a crowd, are a slap in the face to Puerto Ricans.

“I took it to mean that he was telling Puerto Rico to clean up its own mess,” said Rivera.

Even more confounding to the veterans we spoke to than the President’s insensitive tweets and actions is the administration’s refusal to extend the waiver that suspended the Jones Act. The obscure shipping law prohibits foreign ships from docking at Puerto Rico’s ports, and was enacted to bolster the US shipping fleet after World War I by giving a few cargo companies a legally enforced monopoly. This translates into goods costing between 15 percent and 20 percent more in Puerto Rico than on the mainland, and it has restricted foreign aid able to reach the island.

“In my personal opinion, it seems as if the President is exhibiting institutional discrimination and bias [by not suspending the Jones Act],” said Sosa. “Some are even saying that there is a commercial agenda. Who knows, it is unconscionable no matter what the reason is. It is also cruel and unacceptable.”

Jose Vasquez agrees. “Puerto Ricans have been second-class citizens for some time,” he said. “We can’t vote, yet folks serve in the military. I never thought I’d hear people refer to the Jones Act, but it shapes our relationship with Puerto Rico and its ports. It’s very much profit over people.”

Special thanks to Pam Campos-Palma for helping with interviews.