Purged from voter rolls, Navy veteran fights back at the Supreme Court

In 2015, Larry Harmon, a Navy veteran, software engineer, and Ohioan discovered he was no longer listed as a registered... 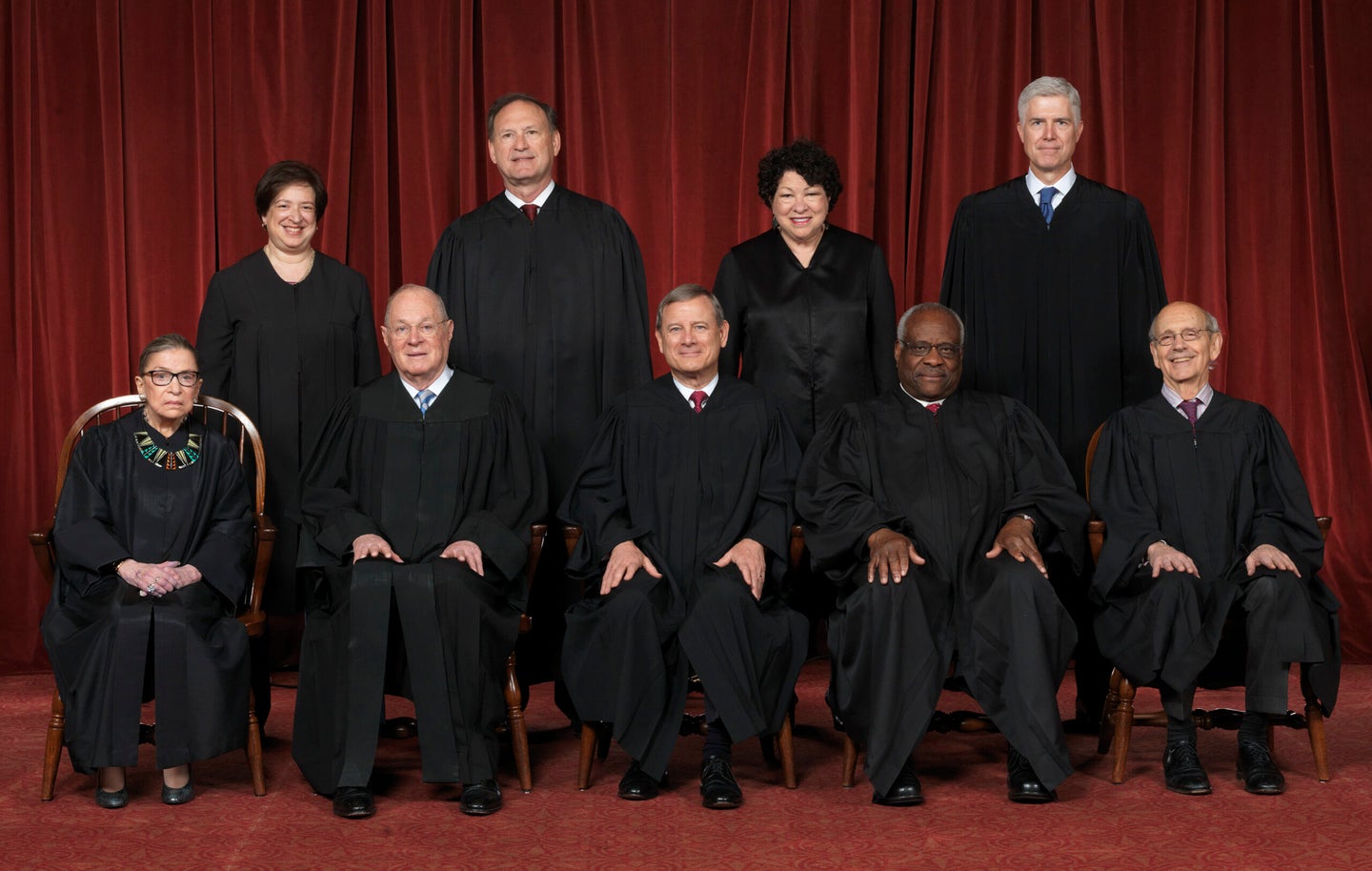 In 2015, Larry Harmon, a Navy veteran, software engineer, and Ohioan discovered he was no longer listed as a registered voter when he went to cast his ballot on a marijuana ballot initiative. That’s because the state of Ohio regularly removes voters who meet certain criteria, including failure to vote in previous elections. And yesterday, Harmon’s case was seen before the US Supreme Court to test the constitutionality of Ohio’s law.

The process to remove voters from Ohio rolls is triggered when the voter does not vote during a two-year period. Local election boards mail notices informing those who have not updated their addresses and “appear to be ineligible to vote.” Voters must respond and vote in the next four years to avoid having their registration canceled by the state. According to NBC, Ohio also compares their state registration list with data from the US Postal Service and death records to keep rolls up-to-date.

In 2016, PBS Newshour reported that Ohio had removed 200,000 people deemed “inactive” voters by the state.

At hand is the basic question of citizens’ Constitutional rights: Can voters have their voter registration revoked because they do not exercise their right to vote?

Yesterday, the US Supreme Court began hearing Harmon’s case against the so-called use-it-or-lose-it law. Harmon abstained from voting for two election cycles; however, he has lived in the same house in Ohio for 16 years and says he did not receive a notice that his voting registration would be terminated. (He also noted that he and his neighbors often have mail mix-ups and that the letters are sent as uncertified mail.)

Harmon told PBS Newshour, “I thought, ‘Well, Jeez. You know I pay my taxes every year, and I pay my property taxes, and I register my car. So the state had to know I’m still a voter.’ Why should we fight for the country if they’re gonna be taking away my rights? I mean, I’m a veteran, my father’s a veteran, my grandfather’s a veteran, now they aren’t giving me my right to vote, the most fundamental right I have? I just can’t believe it.”

Harmon decided to fight against the cancellation of his registration. He sued the state of Ohio, the lower court declaring that the Buckeye law violates the National Voting Rights Act (NVRA). The NVRA states that, while states are allowed to keep their voting rolls current, they cannot remove anyone for not exercising their right to vote. Ohio appealed the court’s decision to the Supreme Court.

Thanks to an injunction stemming from the case, more than 7,000 voters in Ohio were allowed to cast ballots in the 2016 presidential election that otherwise would have been ineligible due to cancelled registrations by the state.

Noel Francisco, President Trump’s solicitor general, argued in favor of the law to the highest court in the land, which is also divided on ideological fault lines. Harmon is represented by Demos, a progressive public policy organization that lists “democracy and elections” among it’s four pillar issues. The court will issue its decision in June.

“I’ve earned the right to vote,” Harmon said, according to NPR. “Whether I use it or not is up to my personal discretion. They don’t take away my right to buy a gun if I don’t buy a gun.”

What it could mean for military families

If the Supreme Court rules in favor of Ohio’s law, other states could see it as an affirmation of the practice and seek to employ their own similar law. Six states have similar laws with regards to voting registration, but none are as strict as Ohio’s. 12 others are looking to pursue similar legislation.

A restriction of voting rights–especially when paired with inactivity or change of address– could negatively impact the ability of military family members and service members to vote.

For just this reason, John Helles, a veteran of OIF and OEF, the mayor of Oak Harbor, Ohio, and a victim of voter cancellation challenged Ohio’s secretary of state, John Hustead, during protests in front of SCOTUS yesterday. NPR reported the exchange:

“I never received any such notice, because I was an active-duty soldier that maintained my home of record in the state of Ohio, came back home after defending that right, and could not exercise it because of this archaic, terrible policy,” [Helle said.]

Husted argued that Helle didn’t understand the process, but Helle didn’t let it go. He said he was on a mountain in Alaska as part of his military service when his card apparently went out.

“All you have to do is use your right to vote,” Husted said.