Racing Facebook: A New Challenge for the Military Community

All Navy wives know the mantra "loose lips sink ships" and not to post your personal address on the open internet. Theresa's quest is more of a nuanced one, a gray area where people are sharing articles that are already "out there" in the media, so not a violation of the traditional rules. She is trying to get her message out to spouses and families. 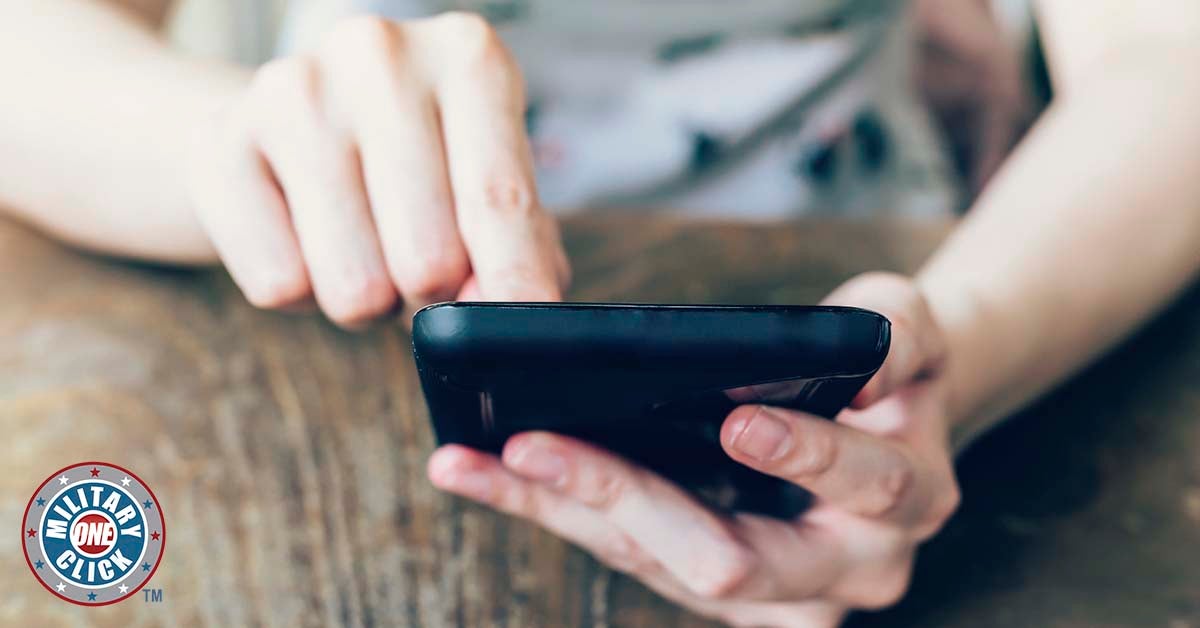 SHARE
The morning of September 22, 2013 was a typical one for Theresa Jones. She was 8 and a half months into a deployment that had been extended due to the Syrian crisis. Her husband Landon, a helicopter pilot, was attached to a squadron stationed on the USS Nimitz.  Her newborn son Hunter, born while her husband was deployed, was hungry and needed to be fed. As usual, I started nursing Hunter and then grabbed my phone from my bedside table to check my email and Facebook while he ate. I always checked my emails to see if I had received any from Landon. I was always excited to see a notification of an email from him throughout deployment and this morning was no different.

Landon had written Theresa, but it was a short “one liner”. Something us military spouses both love and loathe equally. A signal that they are well, but that they are busy. After reading her email and writing him back, she switched over to peruse Facebook while she finished feeding Hunter. That is when the day went from typical to a nightmare. My heart stopped. I couldn’t click that link fast enough. Panic immediately set in. The link took me to the 5th Fleet’s webpage. It said that a helicopter had crashed in the central Red Sea. I looked at those words and my brain went into overload. HSC-6? My heart was racing and I could not catch my breath. I immediately fired off an email to Landon pleading for him to respond and let me know he was okay.

Often when there is an incident, the protocol is to shut down all outbound communications so to avoid any information getting to the families before they are notified by official means. Theresa knew this, but we all hope that our husbands can somehow get word to us that they are alive and well. Ironically, it didn’t seem as though the persons in charge of the Nimitz’s Facebook page were following such protocol. And so began a day for the HSC-6 squadron where nervous phone calls, texts, and chatter would flutter about between the spouses and families.

I texted everyone from my best friend to the CO’s wife to the Ombudsman wondering what was going on. Many of them had no clue that anything had happened at that point. They were still just waking up for the day. I immediately started googling what time it was in the Red Sea, and comparing that time to the time of the Facebook post and the time of my husband’s last email to me.  If you’ve ever thought you’ve lost your child in a store, or came close to having an accident on a highway – that is how I felt. Times a thousand.

Theresa panicked. Just like we all would under the circumstances. Her in-laws happened to be in town when this happened and she shared the information she had (at this point, still only the Facebook link from Nimitz). Her mother-in-law wondered if they would have called if it had been Landon but Theresa and her father-in-law knew that someone would come to the door.

I had started to breath normally again. I had begun to successfully convince myself it wasn’t him. He was a great pilot. . . he was stationed on a different ship*, there was no way this could happen to us.  At that point I wasn’t sure how the Casualty Assistance Calls process worked, but if the news was already online, surely the spouse had already been notified. Then my doorbell rang. I looked through the peephole and saw three men in their Service Dress Blues. I immediately collapsed to the floor, sobbing and screaming.

The CACO (Casualty Assistance Calls Officer) team came into Theresa’s house and explained that Landon had been involved in a mishap. This was approximately 6 hours after Nimitz had posted about the accident on their Facebook account.

I told them I already knew [that there had been a mishap with HSC-6] and that I saw the news on Facebook. I had known for hours. They looked at me in disbelief. As my husband was still considered missing, they assured me that whether the search for my husband was successful or unsuccessful, that I would hear it from them first. As day turned into night I prayed for good news. The following morning, as I sat in my house full of people still praying, I scrolled through Facebook again. My eyes immediately stopped at one post. A friend had posted a link. . .

I couldn’t believe it. I looked at my friend and said, “he’s dead”. I showed her the post and she couldn’t believe it either. I responded “I didn’t know that yet” [to the Facebook post]. I picked up my iPad and went upstairs to the guest room where my in laws were praying for their son. I looked at them and told them I was sorry, but that the search had been called off. They looked at me and asked, “how do you know? They said they would come back and tell us!”. I showed them the article and we all immediately started sobbing. It was my mother in law’s birthday.

It was 45 minutes later that CACO rang Theresa’s doorbell a second time. She had them wait while she finished nursing Hunter. She already knew the bad news, so she wanted those last peaceful moments with her newborn. They again apologized for the fact that social media had again outpaced the official notification process.

It has now been five months since Landon died and Theresa is trying to make a difference for other widows in the military. The culture of “instant gratification” has implications that reach far beyond what our culture tends to think about. Theresa’s friend posted the article about the search because she was hoping to garner support for the Jones family. It was not malicious, but she inadvertently became the person who informed Theresa she was a widow. In the naval aviation community, we often share posts about plane crashes or other mishaps because we want everyone wrapping their arms around the people involved. Never do we think that we actually might be the people who cause a woman to pace her house for an entire day, nervously glancing at the front door. Social media has become so fast and so instant that it is outpacing the real human interaction that has been a mainstay of humane military death and accident notification. I am totally guilty of it, Theresa admits that she was also guilty of it in the past, but she is motivated to make a change within the military and within the families, spouses’ groups, and FRGs.

If there is any sort of advice I could offer now, I would say please wait and think before hitting the “share” button. Say a silent prayer. Give the family and friends time to find out through official channels. Let’s allow these families time to find out first, and privately, instead of with the masses.

When dealing with military accidents and deaths, be gentle in your quest to get information out. If names haven’t been produced by the military, it is likely because the notification process is still ongoing. Wait until those names are released. At that point, you can be sure that sharing links to articles, family fundraisers, and other outreaches is safe. We so often talk about OPSEC (Operational Security) and PERSEC (Personal Security) when discussing the internet and its relation to our lives. All Navy wives know the mantra “loose lips sink ships” and not to post your personal address on the open internet. Theresa’s quest is more of a nuanced one, a gray area where people are sharing articles that are already “out there” in the media, so not a violation of the traditional rules. She is trying to get her message out to spouses and families. On a personal level, I think “big Navy” (and “big military”, for that matter) should also take note.

There are families reading Facebook and Twitter. When the person in charge of Nimitz’s Facebook page posted that a helicopter was down, were they thinking of the new mother nursing her baby in the wee hours of the morning? Probably not. And we need to keep those people in mind when trying to be the first to break or share a news story.

If you are part of an OSC or FRG, please consider this story. In Theresa’s honor, have a discussion with the men and women in your group about the proper channels for sharing information related to mishaps within the community. We aren’t all going to agree, and civil discussion is always a wonderful thing, but in the world of Facebook and Twitter we cannot forget about the real people behind the screen. We’ve got to protect and take care of one another. __________
* Landon was attached to HSC-6, which is located on the Nimitz. He was also the OIC of a small detachment on the USNS Ranier, a small supply ship in the battle group.