Refuge for deported US veterans in Tijuana

They call it the bunker. From the street in this working-class neighborhood, people passing by the two-story house can look... 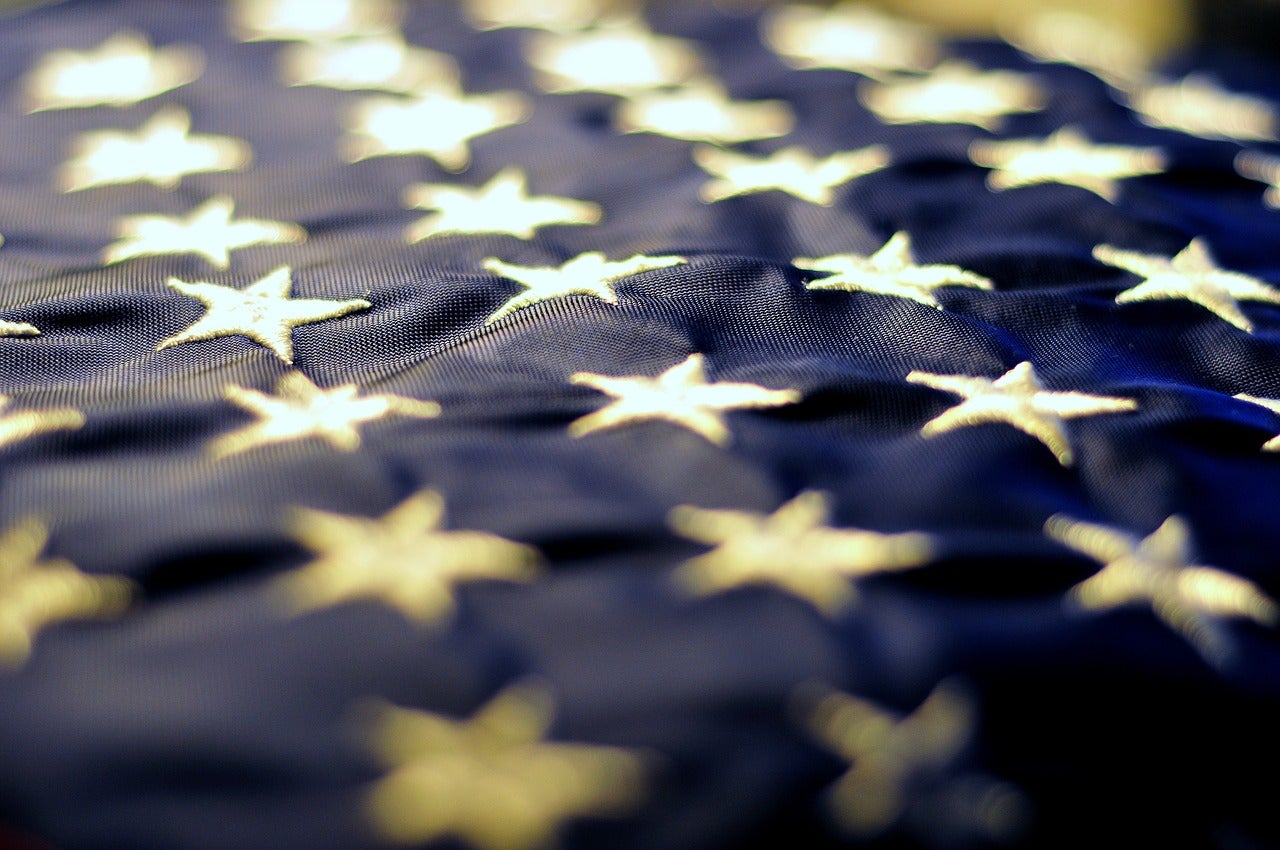 They call it the bunker.

From the street in this working-class neighborhood, people passing by the two-story house can look through the window and glimpse a peace sign and various iterations of the Stars and Stripes.

The formal name is emblazoned in English on a banner above the entrance: “Deported Veterans Support House.”

Most came to the United States as children and became permanent legal residents before joining the military. But after returning to civilian life they committed crimes that led to deportation.

Advocates for immigrants say there may be thousands of deported veterans now scattered across the globe.

Hector Barajas, who founded the support house four years ago, has identified 350 deported U.S. veterans born in more than 30 countries, including India, Italy, Mexico and the nations of Central America. Scores have passed through the support house.

The veterans there speak English like Americans, reminisce about school days back in the United States, watch U.S. sports on television and share war stories. Thanksgiving and the Fourth of July are big holidays for them.

All have families in the United States. Many veterans carry wallet-sized snapshots of sons, daughters, siblings and grandchildren from whom they are now separated.

Still, the vibe at the house is not self-pity or regret, but repentance for missteps and a quest for redemption.

The veterans are well aware that there is little sympathy in the U.S. for ex-convicts. But they argue that they have done their time, paid their debts to society, and are now serving what amounts to life sentences — permanent banishment from the country they regard as home.

“Everyone makes mistakes, some bigger than others,” said Barajas, 40, a former paratrooper in the Army’s 82nd Airborne Division. “But some people can’t get past that you did something wrong.”

Convicted of a felony in 2002 for shooting at a vehicle with people inside — nobody was hurt — he served 13 months in prison and was paroled.

He was deported in 2010, one of tens of thousands of immigrants with criminal records expelled by the U.S. government in recent years in a trend that has continued with the arrival of the Trump administration.

Foreign nationals have long been part of the nation’s military, recognized for valor going back to the Revolutionary War. Although service can streamline the citizenship process, it does not guarantee it — contrary to the popular perception.

Even many of the veterans assumed that they had become citizens upon joining and that they were protected from deportation.

“I always felt like I was a citizen, it didn’t seem to make any difference,” said Barajas, who was 7 when his family brought him to live in Gardena and later Compton.

Immigrant advocates have criticized the U.S. military for not being more proactive in facilitating the paperwork for naturalization. The Pentagon has improved the process since the Iraq war, encouraging applications during basic training and setting up citizenship ceremonies overseas.

Oddly, many deported veterans are still eligible for pensions, though they can be difficult to claim from abroad. One of the veterans who uses the support house, 73-year-old Andres De Leon, once went homeless in Tijuana. He now receives a $1,000-a-month check from the Veterans Administration.

Other benefits, including medical care and counseling, are even more difficult to access or simply not available outside the United States.

The support house, just across the California border in Tijuana, tries to fill at least some of the gaps. Some veterans just show up. Others make contact through social media, email or telephone. All hold out a hope to return to the United States, however faint.

The house’s mission statement is “to support deported veterans … on their path to self-sufficiency by providing assistance in the realms of food, clothing, and shelter as they adjust to life in their new country of residence.” Donations cover a budget of about $1,000 a month, Barajas said.

The ground floor is a cluttered office and reception area that looks like an offbeat VFW post, with U.S. flags, photos of men in uniform, framed commendation letters, bulletin boards, filing cabinets, books, folding chairs and a couch.

On a recent sweltering Sunday, a shirtless Barajas set up a grill on the sidewalk out front and slapped on some steaks.

There are two bedrooms, where newly deported veterans can stay for a few days or longer, sharing chores as they track down birth certificates and acquire Mexican IDs, find places to live and make the wrenching transition to a country that few of them recognize.

“I considered myself American,” said Alejandro Gomez, 50, who was born in Mexico and taken to Oakland when he was 6 months old. Like others interviewed, he said he had long been a U.S. legal resident — holder of a green card — but never felt the need to obtain U.S. citizenship, which would have been relatively easy.

Gomez said he joined the Marines out of high school because he liked John Wayne war movies and two of his uncles had served in the Corps. “Nobody messed with them,” he said. “And I wanted to be like that.”

A Marine recruiter told him not to worry about citizenship because joining would resolve the issue, Gomez said.

Gomez never went to war, but after leaving the Marines, he found it hard to acclimate to civilian life. He settled in San Diego, where he acknowledges making some “bad decisions.”

He was convicted in 1996 on a drug charge. That led to his deportation in 2010, when U.S. Immigration and Customs Enforcement agents intercepted him at work delivering truckloads of plants in San Diego County. Left behind, he said, were a wife and two U.S.-born children.

He and others deportees typically get by initially on savings and later on cash earned from various jobs — often as construction workers or security guards, or at telemarketing firms and other companies seeking English speakers.

“You find what work you can,” said Jose Manuel Ortega, 47, a Navy veteran who was at the house recently.

When he was 11 months old, he said, his family took him from Mexico to live in Ulysses, Kan., where his father earned a living cleaning livestock corrals. He later became a truck driver in El Paso and a father to three U.S.-born children. His deportation arose from an assault case involving an El Paso police officer, he said.

“It’s not easy to be sent back to a new country,” Ortega said. “But we all learn to survive.”

The house in Tijuana has become a focal point for a fledgling movement. Several veterans, including some in military dress uniforms, gather on weekends in a park near the border fence, publicizing their plight while hawking T-shirts emblazed with the motto: “Bring Deported Veterans Home.”

In June, a delegation from the Congressional Hispanic Caucus paid a visit to the house and vowed to introduce legislation to aid the stranded veterans. Past congressional efforts have gone nowhere, and there is little reason to think that will change now.

In April, California Gov. Jerry Brown pardoned Barajas. “He has shown that since his release from custody, he has lived an honest and upright life, exhibited good moral character, and conducted himself as a law abiding citizen,” the pardon said, citing his military service and work with the veterans in Tijuana.

Barajas is hopeful the pardon will help him win U.S. citizenship. He and some others are receiving assistance from the American Civil Liberties Union, which has deplored the fate of deported veterans.

One veteran the support house referred to the ACLU is Daniel Torres, 31, a former Marine lance corporal who served in Iraq.

He was born in Tijuana and his parents brought him to Salt Lake City as a child and raised him there. He played football and became a Metallica fan.

Unlike many other veterans here, however, he never attained legal permanent residence status. Nor was he ever convicted of a crime.

With no legal papers and few job prospects, he used a false birth certificate to enlist in the Marines in 2007, he said.

Back from Iraq, Torres hoped to redeploy to Afghanistan. “I was good at being a grunt,” he said.

But the military discovered his status.

“Are you legal, dude?” Torres said his stunned staff sergeant asked him.

But Torres was not prosecuted for enlisting under false pretenses and was discharged honorably in 2011.

Still craving the military life, Torres went to Paris and tried to join the French Foreign Legion. But hearing loss suffered in Iraq disqualified him. Torres returned to Tijuana, where he has family, and began studying law. An ACLU lawyer in Los Angeles took up his case.

It turned out that Torres qualified for U.S. citizenship under a section of naturalization law for those who served during wartime. He could have started the naturalization process from the day he joined the Marines.

On April 21, 2016, five years after leaving the United States, Torres took the citizenship oath in San Diego. Now, he is planning to move back to the United States to attend law school and eventually help other veterans like those at the support house.

“These guys are staying clean, they have created a veterans’ community here, they are fighting to go back home — all they need is someone to give them a hand,” Torres said over lunch with other vets. “They are getting punished twice for the same crime. OK, deport them for five or 10 years, I get that. But a life sentence? It’s not right.”

In fact, many of the deported veterans do have one sure option for coming back to the United States.

The U.S. government will honor a military benefit and pay to bring back their bodies for burial in a national cemetery.