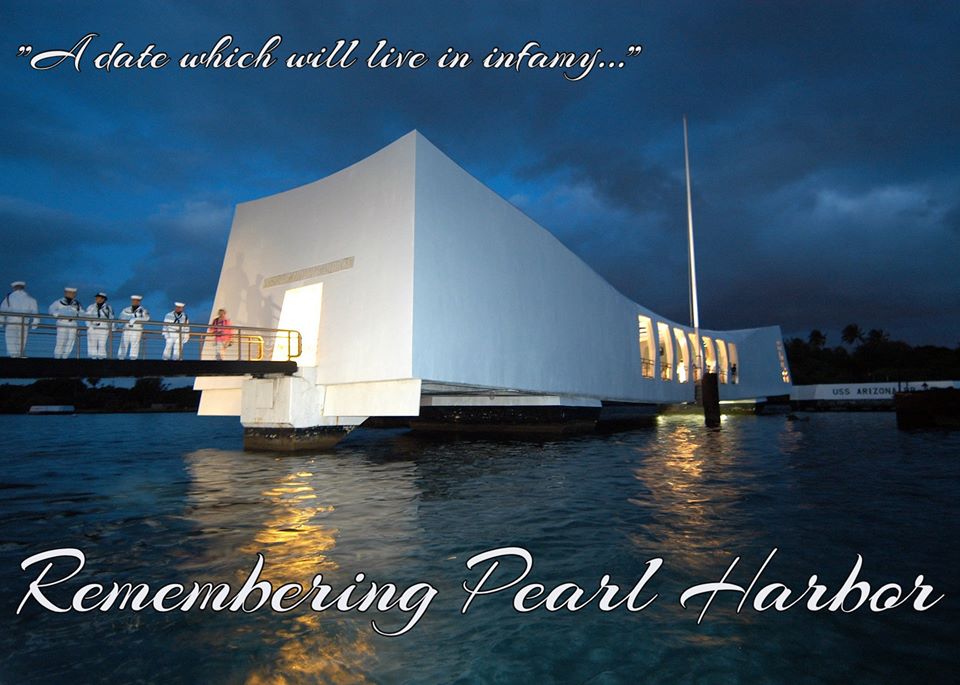 Many know Dec. 7, 1941 as “a date which will live in infamy,” as President Franklin D. Roosevelt called it in his message to Congress after the Pearl Harbor attacks. On Aug. 23, 1994, Congress officially designated Dec. 7 of each year as National Pearl Harbor Remembrance Day, when we remember the lives lost that day. Early on a Sunday morning in December, the Japanese attacked Naval Station Pearl Harbor on the island of Oahu in Hawaii.

Just before 8 a.m., hundreds of Japanese fighter planes swarmed the base. It was a surprise attack, not preceded by a declaration of war, killing 2,403 American service members and wounding more than 1,000. The attack sank four battleships and damaged seven other vessels. More than 180 aircraft were destroyed and another 159 damaged. It was over in less than two hours.

The aircraft carriers, one of the most important naval vessels at the time, were away from the base and the onshore facilities housing oil, repair shops, shipyards, and submarine docks were unscathed, allowing a quick response to the attack. On Dec. 8, 1941, Congress approved Roosevelt’s declaration of war. Within three days, Germany and Italy, Japan’s allies, declared war on the US. Congress responded in kind, marking the entry into Europe.

Today, flags will be flown at half-staff until sunset to honor those who died in the attack. “No matter how long it may take us to overcome this premeditated invasion, the American people, in their righteous might, will win through to absolute victory. I believe that I interpret the will of the Congress and of the people when I assert that we will not only defend ourselves to the uttermost, but will make it very certain that this form of treachery shall never again endanger us. Hostilities exist. There is no blinking at the fact that our people, our territory, and our interests are in grave danger. With confidence in our armed forces, with the unbounding determination of our people, we will gain the inevitable triumph.” — President Franklin D. Roosevelt, December 8, 1941