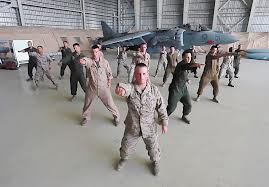 “Eleven years ago, our country was forever changed by the attacks on the World Trade Center, the Pentagon, and Flight 93. Today, we remember the thousands of victims who lost their lives and honor the heroes who selflessly worked to save those inside. We should never forget the courage, bravery and compassion of the human spirit that was exhibited that day.

“More than a decade later, we still stand firm in our resolve to fight the War on Terror and eliminate terrorist groups around the world. Our top priority must continue to be protecting the security and freedom of our country and citizens.

“I want to thank the men and women who serve in our military, especially those stationed at Fairchild Air Force Base. They continue to play a valuable role in our nation’s fight against terror and are helping to keep us safe.

“It is also important to honor our community’s first responders – our police, firefighters, and paramedics. They risk their lives daily to keep us safe and we must never forget to show them how grateful we are for their work and sacrifice.”