Restoring the Faith With Our Military

While many military families are trying to be optimistic, Jeremy Hilton would suggest the majority of military families are feeling significant apprehension about these potential changes. Listening to those families, he has come away convinced that if we haven't already broken the system, we've badly sprained it. 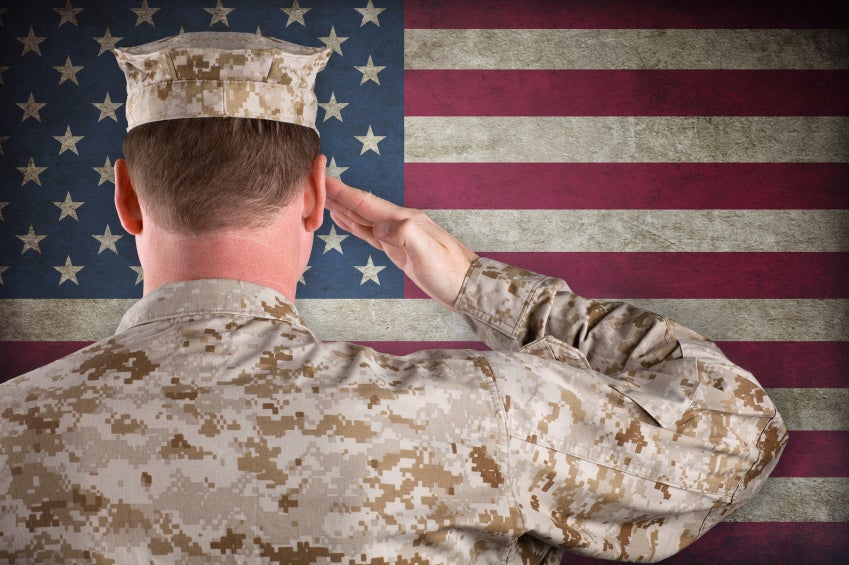 2012 Military Spouse of the Year I’ve spent the last three weeks listening to the reaction of many of those families; the active duty, the retirees, and the veterans, to the release of the Military Compensation and Retirement Modernization Commission recommendations, which I discussed the week of their release: Sweeping Military Pay and Benefit Changes Coming. While many are trying to be optimistic, I would suggest the majority of military families are feeling significant apprehension about these potential changes. Listening to those families, I have come away convinced that if we haven’t already broken the system, we’ve badly sprained it. Plainly, families are worried that their pay and benefits are at the mercy of a dysfunctional national defense structure. Granted, the numbers might have been inflated because the survey was taken shortly after the infamous retirement cuts pushed through Congress and signed by the President in the 2013 Budget Control Act; an idea for which there still isn’t parentage, An Immaculate Misconception; How Not To Make Defense Policy.

In a more recent survey from last fall, The Military Times, in a series titled “America’s Military: A Force Adrift”, noted a significant drop in morale. Of the 2,300 service members surveyed, 27% felt that “senior military leadership has my best interests at heart”, and 15% “approve of the way President Obama is handling his job as commander in chief”, both significant drops since 2009 (53% and 45%).

Weapons vs. Waste, not Benefits vs. Bullets

The “Pentagon benefit battles” of the last five years have created such a raw wound for our military families that military advocacy groups are having to remind them “You Are Not The Problem”; commentary more reflective of the post-Vietnam era. Thankfully, I don’t think that attitude extends into most of America; ironically it seems to be an attitude held inside the beltway on parts of Capitol Hill, at DoD, think tanks, and much of the media.

With the President having sent the Congress a proposed Authorization for the Use of Military Force (AUMF), we stand on a precipice in which our nation is sending troops into battle with their “trust tank” running on fumes. The President, Congress and DoD would be smart to stop for a refill, especially for those who have upheld their end of the bargain as we head into yet another conflict. 1. End Sequestration
The 2011 law that put it into place is the enemy, not military members and their families. Until the Congress and the President can undo those legislative shackles on our military, we will cynically assume comments about “taking care of our military families” are nothing more than political rhetoric.

2. Trust the Troops, not the Think Tanks

Don’t use your surrogates in the media, industry and think tanks to hawk your story about “gold-plated benefits”. It severely compromises the trust, particularly between our military leaders and our families. Two recent examples:
i. Gen Jones Wants Cuts To Military Middle Class – Buys $3.7M Mansion
ii. Reform Military Benefits, Buy an Aircraft Carrier a Year

3. The Military-Industrial Complex is Toxic

Focus on the threat the military-industrial complex is to our nation’s defense. I couldn’t write better than these authors if you’d like a quick discussion of the issue: The Triumph of the Military Industrial Congressional Complex and The Military-Industrial Complex is Real and Its Bigger than Ever

Transparently review the MCRMC findings, paying special attention to those items that would break the promises already made. Of particular concern to the people I’ve heard from include the GI Bill changes and increased cost for military retiree healthcare.

Commit to the changes and then leave well enough alone. Military families need stability, not the year after year budget drama as the Pentagon attempts to cut pay and benefits. DoD’s attitude continues to be that military families should pay for their soldier’s training and equipment by cutting their pay, as reflected in this quote “Dollars we saved in pay and compensation … help balance out readiness and capability”, a position with little logical support for ensuring the overall strategic health of the force. The force has already weathered this attitude the past couple of years. Continuing to roll these statements out at every press conference and Congressional hearing is part of why morale is low.

6. Don’t Balance the Budget on the Backs of our Veterans

Commit to reforming the rest of the DoD and federal budget, as necessary to ensure long term solvency. Military families understand sacrifice and will be more supportive of changes to their pay and benefits if the rest of DoD and the country is also part of ensuring long term fiscal sustainability. As former Democrat Senator, MCRMC Commissioner and recipient of the Medal of Honor Bob Kerrey noted,

Let me reiterate the problem. Whatever faith we as a group of people once had in our elected and senior leadership has been degraded or lost. We feel like no one, except the handful of veteran and military service organizations, speaks for us. The new Secretary of Defense, Ash Carter, has a chance to surprise us, lead from the front, and change the tone surrounding these discussions. His tone and temperament and more importantly his actions on this issue will be critical to restore our faith in our leadership.

For those military families reading this, it’s time to stand up and have your voice heard.

Click here to fill out an easy form and contact Congress!
Join us at #KeepYourPromise and contact your elected representative today. As I mentioned three weeks ago, you can seriously consider this independent commission’s goals and provide feedback on their conclusions to your elected representatives, or you can do nothing and watch as DoD continues to “nickel and dime our people to death” for the foreseeable future. Either way, you have to decide what action you will take.

In the end, many of us may differ on what the final military pay and benefits package should look like…what I want more than agreement is your involvement. Sitting this one out isn’t in yours or our nation’s best interest.