Our road trip of a lifetime 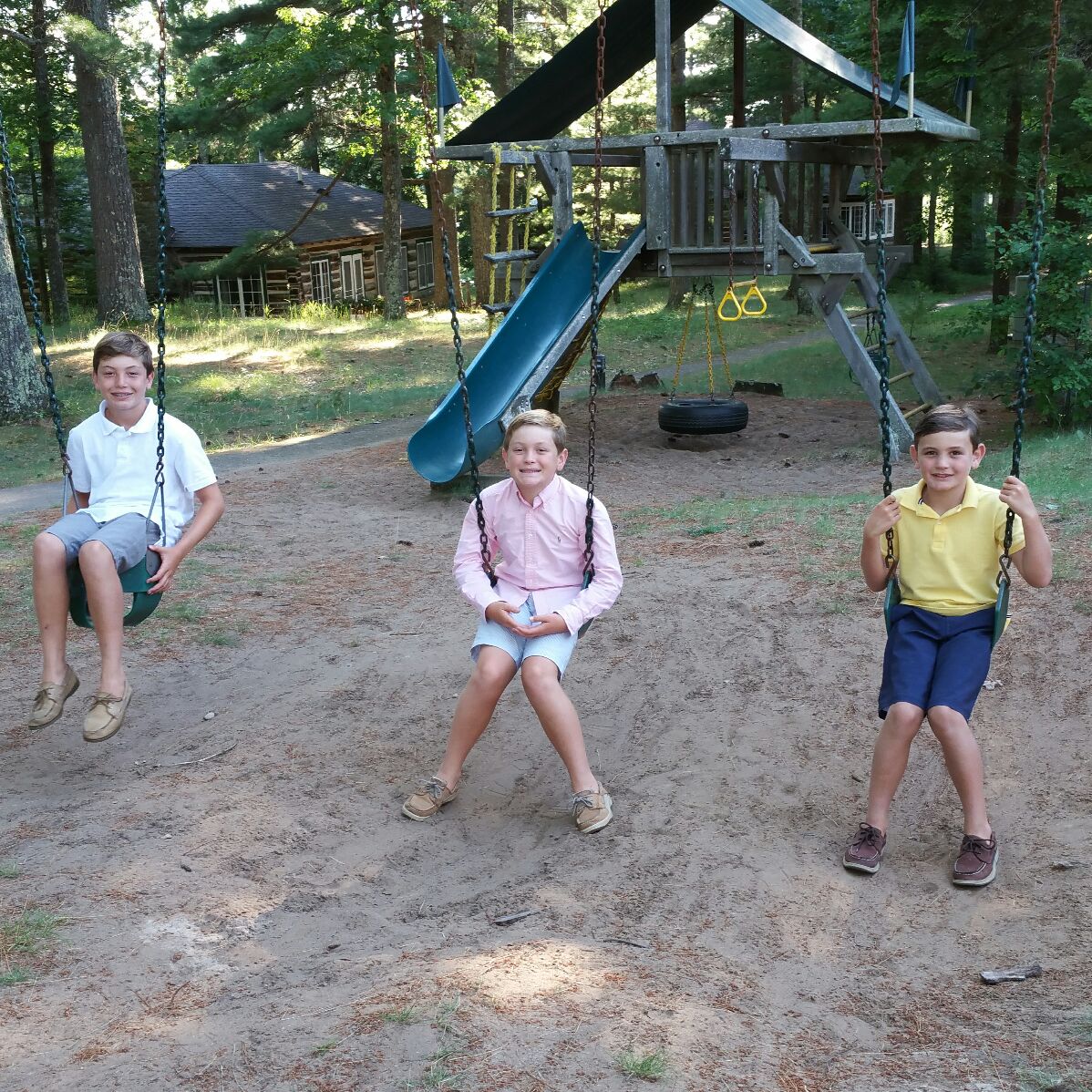 Holy cow, you guys!  We just got home from the most amazing six-week vacation!  I’m not kidding, I drove myself and my three boys 6,125 miles!  Many of my friends think I am crazy, but I think you will see that this trip was meant to be.

This trip helped deployment go by a little faster. It was therapeutic for me as I was able to relax and see many friends along the way.  We spent two weeks in our little slice of heaven in WI with some of the best people in the entire world!  I mean where else can you have a fire in the fireplace on July 8th?

I went home to MI to see my best friend whom I have known since I was 10.  She was the matron of honor in our wedding and despite the miles between us, we have been able to keep our friendship alive.  Our kids very rarely get to see one another, but they always pick up where they left off.  You would think that they see each other everyday.  It’s so special!

We swung through Iowa… oh wait, Chicago was first.  So much fun to show my boys where I went to school.  Go RAMBLERS!  Bucket List item checked when I took the boys to a Cubs game.  Is it okay that my boys are checking off bucket list items at such young ages?  Nothing better than Wrigley Field’s bleacher section!  I got to see some Navy and college friends as well.  So good to reconnect!

Okay, now on to Iowa.  This was a quick but very special stop.  Our good friends, one of my PRGs,  just retired from the Navy and are settling in their home town in Iowa.  I wanted to see where they were putting down roots.  You realize I can actually write there address in pen now in my address book?   That’s crazy to me!  Let’s hope she doesn’t get the itch to move in 18 months.  She will have to settle for painting a room or rearranging furniture.

We left Iowa and headed to South Dakota.  WOW!  I can’t say enough about this section of our country.  Don’t miss it!  We spent two nights in Custer, SD and could have spent a week.  Despite B having a fever for 48 hours and being so tired, we went to Crazy Horse, Custer State Park, Wind Cave National Park, Mt. Rushmore (you must go at night when they have an inspirational military ceremony), Bear Country USA (cheesy but so cool at the same time).  All of these locations have military discounts.  You can even get into all National Parks for free!

There is so much more as you can imagine.  I’m just trying to hit a few of the highlights for you.  At this point, we were five weeks into our road trip.  I was happy to be headed to Colorado Springs where we have “Navy Family”.  B was still sick and knowing there was another mama and a MTF on the other end of this car ride, was a good feeling.  We spent two nights in CO Springs which included an awesome tour of the Olympic Training Center just nine days before opening ceremonies.  B’s fever broke the first night we were there, and we moved on to Breckenridge.  SO BEAUTIFUL!

The best part of this trip was watching the kids.  They really didn’t know one another, the moms did.  In typical military kid fashion, they became fast friends!  They went on numerous gondola rides together, played lots of “Army” and built a supes cool tee pee.  It’s time to head home.  No one wanted to leave, but we had some summer left to enjoy at home before school started.

Take a road trip with your kids!

The memories you make will last a lifetime.  You don’t have to go by yourself like this crazy single mama did.  Go with a friend or even with your husband or wife.  What a novelty :)!