This is an opinion piece that does not necessarily reflect the views of MilSpouseFest. “I let my kids eat an... 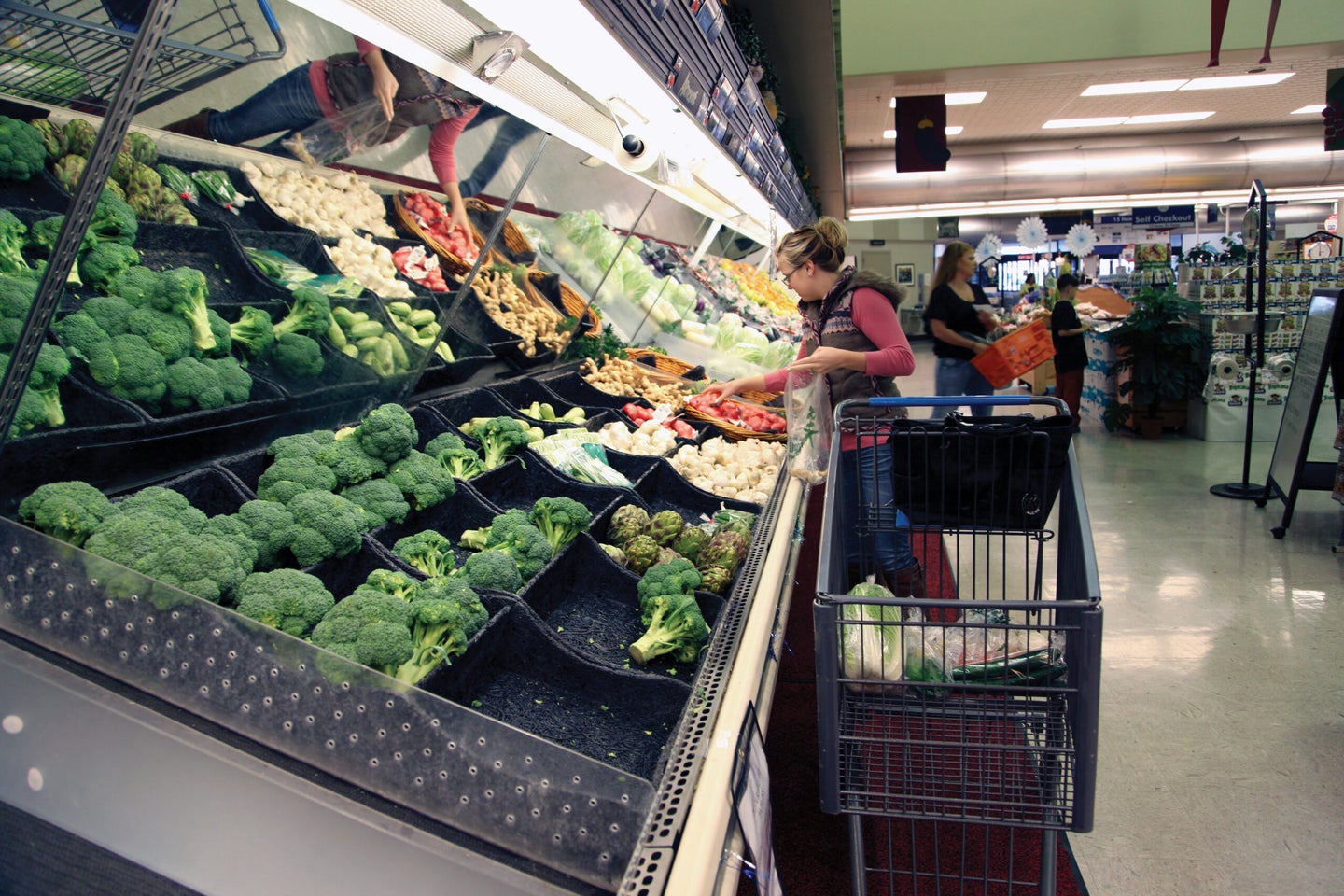 “I let my kids eat an entire $10 carton of strawberries on the way home the other day. I knew it would mold by the next morning.”

“I only buy salad greens on the day I’m making a salad, otherwise everything will be rotten.”

If you live overseas, especially Okinawa, you probably have heard one of these statements. You might have even repeated a version of these stories yourself.

The often questionable quality and extreme prices of produce at the commissaries in Okinawa have become almost the stuff of legend among military families living there.

As military families, we have been told that shopping at the commissary for, well, everything is a huge savings. Before I moved OCONUS, I would have agreed, for the most part. With the exception of incredible discount sales out in town, the commissaries did offer me the most bang for my buck. While others were complaining about steep milk price hikes, my daughter was happily sipping her cold glass of cow at home.

The selection might be (slightly) more limited than traditional grocery retailers, but I wasn’t really looking for something crazy or very unique. I was even, in recent years, able to find non-dairy yogurt and cheese!

Produce was varied and plentiful. I might have found a yucky grape or slightly off salad now and then, but it wasn’t really more often than I would have experienced out in town. Plus, I was super happy paying way less for my clementines and potatoes at the commissary.

Then I moved to Okinawa.

Our first day, my husband headed to the commissary. I was pregnant and needed an apple right that second. He grabbed two good-sized fruits. When he got back, he silently handed me the receipt. I did a double take.

As I bit into my much-wanted apple, I was immediately struck by the mealiness of the fruit. I couldn’t recall getting such a mushy apple before. That was just the tip of the iceberg.

As we got more settled into our new home, I started to notice that my neighbors made multiple grocery store trips weekly. And they didn’t stick to the commissary either. Actually, almost none of my neighbors or friends purchased any produce there. Walking around, I soon realized why.

Apples were over $2 a pound. Strawberries were hovering right around $10 and didn’t always look super fresh. When you could find kale, it was $9.99 a bag. Even the local Japanese produce was double–often triple–the cost at the local stores.

I had been slightly forewarned. A friend who lived there previously told me that I might need to find an alternative to squash and potatoes for holiday meals. She claimed that they had only eaten mashed potatoes three times during their three-year tour. Buying potatoes was simply too costly at the commissary.

Military families, based on an informal and highly unscientific personal poll, mostly shop for produce off base. Those who do shop on base are doing so for convenience and comfort. Navigating a Japanese grocery store or farmers market, filled with kanji labels and often new-to-us produce, can be overwhelming. Jumping around between the commissary and one or more Japanese stores is time-consuming.

Personally, I avoid buying all produce (except bagged salads) on base. Why would I pay so much more for a product that will likely rot almost immediately? For the salad, I only buy it when I know I’ll be eating it within 72 hours. Anything longer than that runs the risk of rot.

Instead, I grab my carrots off-base for 120¥, or just over $1, per bag of three. On base, that same exact type and quantity of carrot could cost upwards of $3. I’ll happily buy my Chiquita bananas for 100¥ for a bunch of five, compared to $2 or more per pound. If it’s available out in town, that’s where I buy my produce. I am almost guaranteed not only a better price but excellent freshness and quality.

So I go off base. I change my family’s hard-earned American dollars into yen several times a week. Then I hop around to several different farmer’s markets and grocery stores to get all the items on my list. Soy yogurt, meats, and produce are all on my off-base list.

Is the OCONUS commissary all bad? Of course not.

There are deals to be had and regular items on my grocery lists that I only buy there. I still shop at the commissary for staples, like flour, deli meats, baby food, and toilet paper. For some reason, Japanese stores just don’t stock these items in the quantities my family needs regularly. Other items, like deli meat and–strangely–baby food are very hard to find at all out in town. Overall, I’m happy to have a reliable, if not quite as cost-effective, place to shop that reminds me of home. And I’m happy to have the adventure of navigating Japanese produce several times a week.

But the Okinawa commissary certainly does not live up to the amazing savings we have been promised in the song-and-dance PR pitches. When it comes to the produce, it’s not even close.

I reached out to DeCA for comment; they did not respond by publication.