Same-Sex Military Spouse Not Part of the Club?

We recently found out about an Army spouse being excluded from the Officers’ Spouses Club at Fort Bragg, and all... 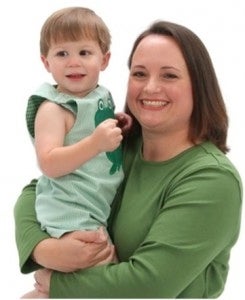 We recently found out about an Army spouse being excluded from the Officers’ Spouses Club at Fort Bragg, and all of us at MilitaryOneClick were disappointed in this news. Yes, Ashley Broadway and Lt Colonel Heather Mack are a same-sex couple, but does that have any affect on their commitment to serving our country and the sacrifices that they have to make as a military family?

We are so saddened by the exclusion of Ashley from the spouses club because – regardless of the fact that they are legally married – Ashley and Heather, along with their 2 children, are a military family. Here at MilitaryOneClick, we believe in family above all else. It seems to us that the purpose of the OSC should be more about including people than excluding people. Spouses of all kinds, and even girlfriends/boyfriends, should be allowed to seek support from people who are going through the same struggles as themselves.

Please help us stand beside a fellow military spouse by showing your support for Ashley and signing her petition: