Free bronze casting workshops are being offered for veterans, active duty military, and their family members at San Diego’s Oceanside... 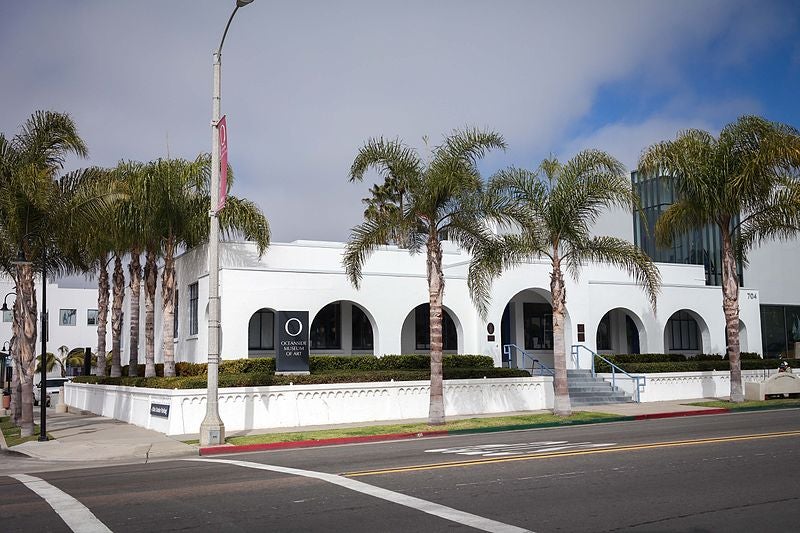 Free bronze casting workshops are being offered for veterans, active duty military, and their family members at San Diego’s Oceanside Museum of Art as part of the Veterans Art Project aka VetArt.

The workshops encourage area military members to share their stories through the art they create. The three-hour individualized class introduces the multi-stage bronze casting process, teaches art making and discusses the history of bronze art as a medium for memorializing the experiences of warriors and war.

The classes this month and next are being held in conjunction with the museum’s exhibit, Meaning in Bronze, which features 34 works that were made by military members during bronze casting workshops as part of the VetArt project led by local artist Steve Dilley. The sculptures give insight into the challenges veterans face.

Dilley taught the first class in 2009 at Grossmont College. Since then the nonprofit has held dozens of free classes for military members across the country.

“I was moved after 9/11 to help veterans, active duty and spouses through art making,” said Dilley, director of the Veterans Art Project.

The “Meaning in Bronze” exhibit is part of a series of art shows, titled “Healing Journeys: Veterans & Artists Unite,” that opened this summer at the museum focusing on veterans who found healing in the creative process and featuring their art.

Another exhibit in the series, “A Time to Heal,” which opened July 29, shows artwork that focuses on war wounds and was created by military members during workshops led by artist Trinh Mai at the Oceanside Museum of Art. Veterans wrote letters reflecting on hardship and healing, which became the basis for creating artwork depicting war wounds.

A third exhibit, “Scarred For Life,” features 35 monoprints by Ted Meyer showing scars taken directly from scarred skin, accompanied by Meyer’s photographs and stories written by his subjects, which speak about resilience and healing.

“Meaning in Bronze” and “A Time to Heal” run through Oct. 8 and “Scarred for Life” is open through Sept. 17.

Workshops begin Aug. 5 and are held from 4 to 7 p.m. every other Thursday and from 1 to 4 p.m. alternating Saturdays through Sept. 30 at the museum, 704 Pier View Way. Participants sign up for one three-hour class.