Santa’s Lap is a Right of Passage — Yay or Nay?

Do you consider sitting on Santa’s lap as a must for growing kids? Or is it a cliched event that... 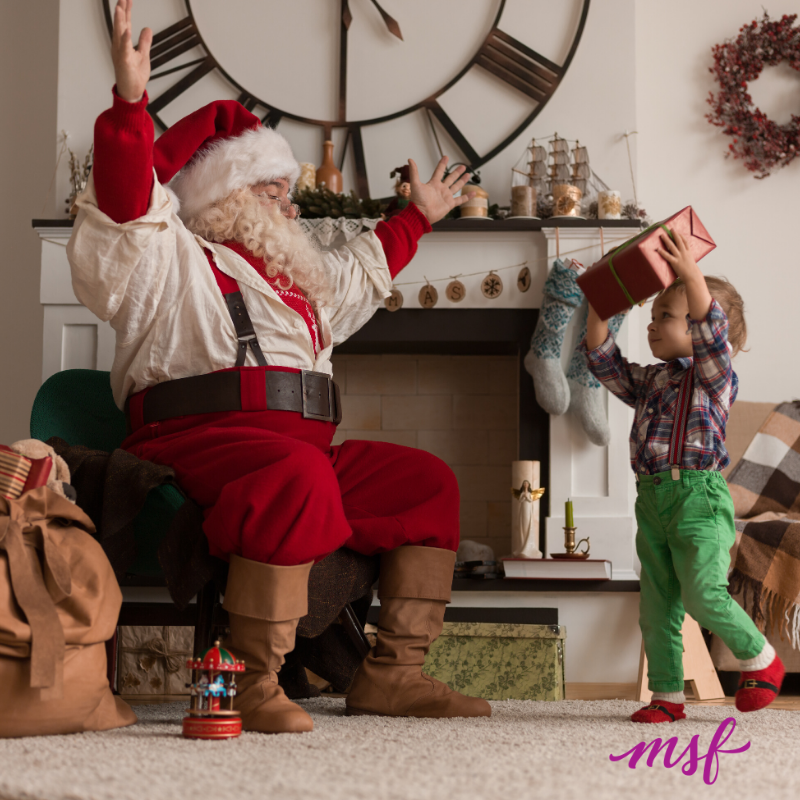 Do you consider sitting on Santa’s lap as a must for growing kids?

Or is it a cliched event that you’d rather avoid? There are lines and germy kids — so either way, we get it!

I can remember being old, like what were my parents thinking old, and still sitting on Santa’s lap. Looking back it’s funny, but semi embarrassing that I was still doing it at that age. Sure, it’s tradition to get the yearly pic, but at some point, you’re just too old!

My parents, however, enjoy looking at these images, year by year, to gauge how I grew and changed. Kind of like school pictures, but the holiday version. And now that I have kids, I get it. It’s fun to see them meet the big guy, get excited, and talk about what they want for Christmas.

Today, I still take my kids to sit on his lap and get an annual picture, but they are still young. Once they no longer want to share his lap as they grow, it’s not a tradition I will force. But until that day, I’m cherishing every moment — checking to see if they’re excited or scared. Wondering if they will throw out a gift idea from left field. And hoping for short lines so we don’t have any meltdowns while waiting to see Saint Nick.

Ideally, we would have already watched Elf that year so we can all make references about “SANTA, I KNOW HIM!!” Then I can laugh and my kids will laugh too, but just because they want to be a part of the fun. <3 (I cherish this time before I’m embarrassing as much as I can!)

Some people, however, dislike taking their kids to see Santa, or avoid it altogether. It’s just not something they take part in. Whether they don’t want their children to believe in him or have some type of stance against the “a man comes into your house and brings presents” mantra, it’s just not something that’s on their annual checklist.

Which brings us to the debate: Santa as a right of passage, yay or nay?

What’s your family’s traditions? Do you plan to have your kids visit Santa? What’s your picture routine?