This is an opinion piece that does not necessarily reflect the views of MilitaryOneClick. As part of the What Happened... 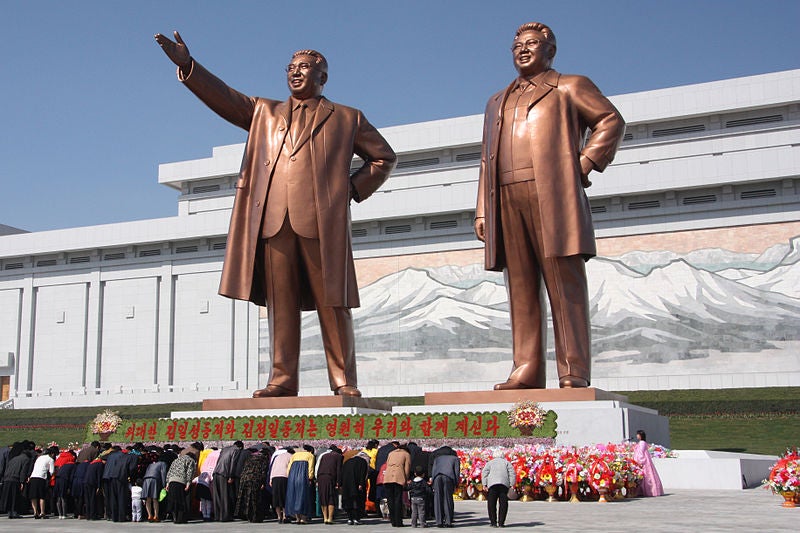 As part of the What Happened book tour, Vox founder Ezra Klein and Hillary Clinton recently talked about why she lost the white women’s vote when she beat Donald Trump with overall female voters. Clinton zeroed in on the issue of security describing white women as “quite politically dependent on their view of their own security and position in society, what works and doesn’t work for them.” Earlier this year in one of Clinton’s few public appearances since losing the election veteran journalist Christiane Amanpour called this block of voters “security moms” when she asked: “Why do you think you lost the majority of the white female vote–the security moms, the people who want to be protected?”  Though the term is fifteen years old–Joe Biden coined it after 9/11 when he said that “Soccer moms are security moms now”–the group is newly in the spotlight due to Clinton’s book. It seems right and timely to ask about the protections ushered in by this group’s rejection of one of the only two women in the Situation Room on the night of May 2, 2011.

Viewing national security issues from a home base, here’s what is clear: This country will be safer when security moms are not only “people who want to be protected,” but also when we want national security to be clear-eyed about threats without being fear-driven.

I’m a white female voter whose husband served as a Marine Corps Captain in the invasion force during OIF when our son was an infant, which makes me a security mom by experience. I’ve lived with fear that is deep and broad. Election Day 2016 saw me sporting a red and blue manicure and a “Proud to Support Madame President” t-shirt when I voted for Hillary Clinton.

In the weeks between my husband leaving US soil and the invasion of Iraq, I thought a lot about harm and its sources, about oil fields exploding and the release of chemical or biological agents. I also thought about people whose own home territory was in danger, about their stress, fears, and realities. With the experience of confronting, living with, and living through fear framing how I process information, I was–and am–dismayed by national security summed up on the campaign trail and in post-election rallies with a ban and a wall. Those who advocate for them see the ban and the wall as clear solutions to problems that others have been too weak-willed to confront. The truth is, arguments in favor are a circle of bad logic: the ban and wall will protect us, we will be protected by the ban and the wall. Inside this hermetic space, fear chokes off crucial questions about the nature and severity of threats and how to respond to them, forestalling robust conversations with those in our midst about urgent issues.

Even against this backdrop, voices are breathing life into our national discussions. Benjamin Wittes wrote on Lawfare of “malevolence tempered by incompetence.” Security is not only about policy and process, but is an orientation, a way of being in the world. Anne Applebaum, writing in The Washington Post after the Barcelona attack, shows how everyday people live in and through fear: More people realize that these attacks are often amateurish; if they had mass weapons, they wouldn’t be using cars. More people fear not terrorism, but the possible political aftermath of terrorism, the anger and hysteria that can be manipulated by populist politicians seeking support or by tabloid media seeking sales.

Applebaum’s account would resonate even only for its description of people’s understanding of and reactions to terrorism, but it goes far beyond that. Applebaum measures evolving orientations to terror, and writes of fresh realizations as people assess what truly scares them.

Security moms, because of their outsized electoral sway, are under a special obligation to ask whether they need to shift their ideas and actions, especially at the ballot box, around safety.

Imagine a world in which, instead of voting for the person who took political advantage of San Bernadino and Pulse nightclub in the basest ways, the same women condemned the president for embracing dictators, clamored for him to heed a rules-based international order, demanded action on climate change (a DoD concern since at least 2015 for its destabilizing effects on already unstable areas), supported crackdowns on the money laundering, arms dealing and human trafficking that finance terror and facilitate gaping inequalities, called for comprehensive immigration legislation, fought for criminal justice reform, backed CVE work and raised their voices against attacks on democratic norms at home.

Oh, and insisted that our next elections repel Russian intrusion.