Should service members pay for their Post-9/11 GI Bill benefits?

By J.G. Noll It seems that military families have been dealing with a lot lately. The worry about child care... 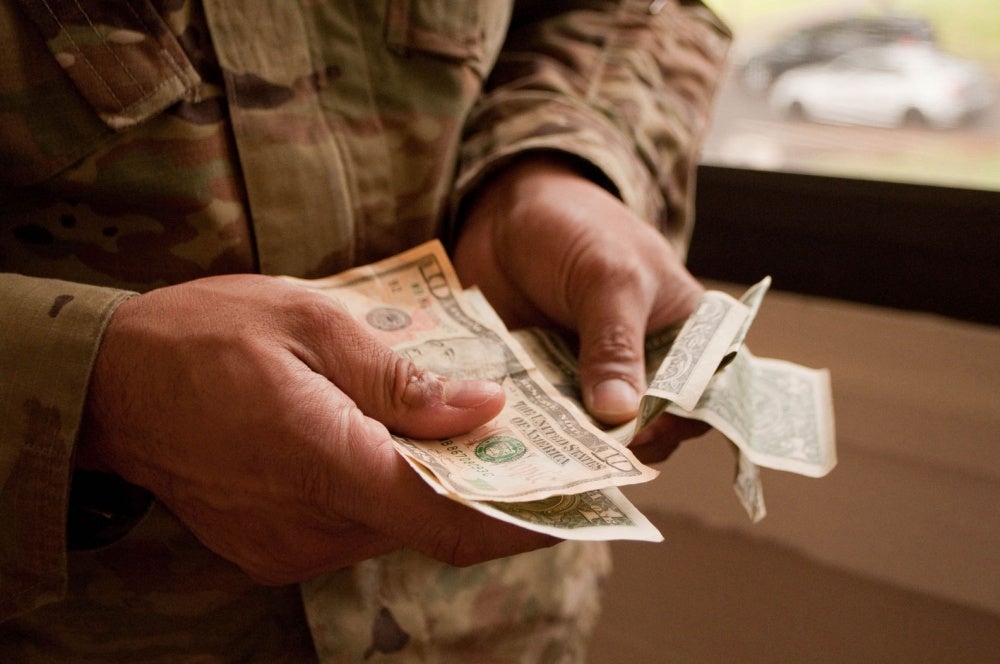 It seems that military families have been dealing with a lot lately. The worry about child care during the hiring freeze. The fear over escalations in Syria. The concern over Afghanistan and North Korea. And then there are the “regular” worries of military families– deployment, PCSing, whether the kids are resilient enough for this lifestyle. . .

Just yesterday, news broke that Congress is contemplating a mandate requiring service members to pay into their Post-9/11 GI Bill benefits. For many military families, that sounds pretty scary.

So should you worry about this potential change in educational benefits?

It’s not yet law

House Veterans Affairs Committee Chairman Phil Roe (R-TN) gave a draft of of the bill to veterans groups last week. (Similar legislation has not been introduced in the Senate.) But that doesn’t mean that proponents of the legislation aren’t moving quickly. Task & Purpose reports that insiders say the House Veterans Affairs Committee wants this bill passed by Memorial Day and introduced it when house members were not in Congress but in their home districts. This makes it more difficult for opponents of the bill to be prepared for the late-April hearing.

Military Times reports that committee Democrats “have already voiced concerns behind the scenes about the proposal, saying they want to make sure that all voices are heard on any drastic education benefits changes.”

As drafted now, if passed into law, the changes would affect new enlistees only. Service members already serving would not pay into their educational benefits.

Payments are minimal in the long run

The draft would require $100 deducted from service members’  basic pay every month for two years. That’s a total of $2,400 over two years of deductions. That’s not to say that these payments wouldn’t be taxing on military families. We all know that many families–especially young ones–often struggle financially. For some, a monthly $100 deduction for two years could have substantial effects. However, it is important to note that the benefits of the Post-9/11 Bill would still overwhelmingly outweigh the proposed financial obligations.

The Post-9/11 GI Bill is pricey. According to the Military Times:

Congressional staff estimate the move would bring in about $3.1 billion over the next 10 years, while total GI Bill spending is expected to total more than $100 billion over the same decade.

A buy-in could help to stave off efforts to trim back benefits over time.

This shift hearkens back to earlier times

The Montgomery GI Bill, which was the forerunner to the Post-9/11 GI Bill, required that service members pay in to receive educational benefits. According to Stars and Stripes, payment of $100 every month for one year was mandated– a total of $1,200.

Vets groups are on it

The national Veterans of Foreign Wars (VFW) wasted no time in publicly blasting the proposed plan. Calling it a “tax on troops” and “nickeling and diming America’s servicemembers,” the VFW stands in firm opposition to the drafted legislation.

Iraq and Afghanistan Veterans of America (IAVA) also came out in opposition to the legislation draft. Releasing a statement on Tuesday, founder Paul Rieckhoff stood against the plan: “IAVA will vigorously oppose any and all attempts to impose a registration tax on this essential benefit.”

But not all veterans groups see eye-to-eye. Student Veterans of America sees the buy-in as a way to expand educational benefits. By their estimates about $330 million would be raised every year and could be used for a laundry list of improvements, including doing away with the rule requiring the GI Bill to be used no later than 15 years after military service.

Here’s what happens next

On April 26 at 10 AM, the veterans subcommittee on economic opportunity will hold a legislative hearing. Republican leadership is reportedly collecting feedback, but “the only invited speakers are from organizations expected to support a final revamped GI Bill.” The VFW is not on the list.