Should military leaders be held accountable for those they defend?

When White House Chief of Staff John Kelly last week issued a glowing statement of support for Rob Porter, a... 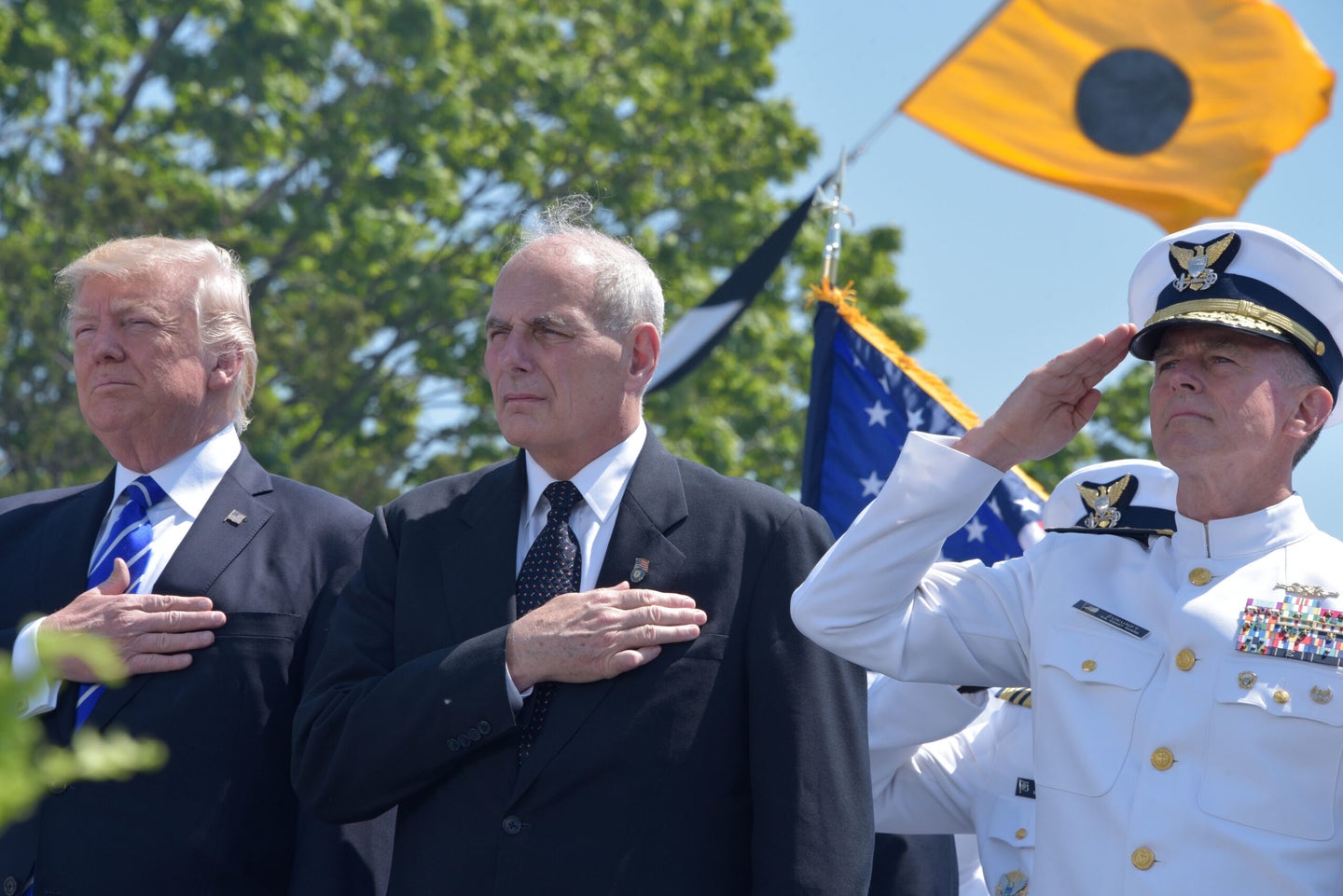 When White House Chief of Staff John Kelly last week issued a glowing statement of support for Rob Porter, a White House aide accused of abusing his two ex-wives, new attention was called to the retired Marine Corps four-star general’s record of defending the accused — including those who arguably did not deserve his endorsement.

But vouching for military defendants based on their reputation alone is a cultural problem that extends far beyond Kelly, said Scott Jensen, a recently retired Marine colonel who serves as the CEO of the advocacy organization Protect Our Defenders.

Jensen, the former head of sexual assault prevention and response for the Marine Corps, said the stakes should be higher for general and flag officers who go to bat for an accused service member; they should stand to lose status or career advancement if proven wrong, he said.

“When there are no repercussions for getting it wrong, why not just stand up and defend everyone who goes into court?” Jensen told Military.com. “I could understand if someone is found innocent. When they get it wrong, there ought to be some repercussions for that.”

When allegations regarding Porter, who has since resigned, were made public last week, Kelly came unequivocally to his defense, saying in a statement that the allegations were “slanderous and simply false.”

He called Porter a friend and a man of “true integrity and honor,” despite accusations of abuse from multiple ex-wives.

For some, the episode raised echoes of May 2016, when Kelly, then recently retired, testified as a character witness for Col. Todd Shane Tomko, the fired former commander of the Corps’ Wounded Warrior Regiment who pleaded guilty to charges of drunk driving, inappropriate sexual communications with a female subordinate, violation of a restraining order, and use of steroids without a prescription.

Kelly, who had never directly supervised Tomko, testified by telephone that the colonel, a seasoned infantry officer, had a reputation as a “gunfighter” and respected leader.

“Socially, he’s a great Marine,” Kelly said, though he acknowledged Tomko had been altered by his experiences at war and faced personal demons.

Tomko would ultimately be sentenced to two months in the brig. Following his retirement, he was arrested late last year and charged with indecent liberties with a child, an alleged crime that dates back 15 years.

It wasn’t the first time Kelly went to bat for the accused. In 2013, as commanding general of U.S. Southern Command, he testified at the administrative board of inquiry hearing for Capt. James Clement, an officer accused of failing to supervise Marine scout snipers in disgrace for misconduct in Afghanistan. The snipers created international furor when a YouTube video surfaced showing some of them urinating on the corpse of a Taliban fighter.

At the hearing, Kelly said the problem in the unit was a failure in unit discipline by leadership, not a failure to act on the part of Clement, an outstanding young infantry officer.

“Clement effectively communicated,” Kelly said. “That’s what his role was out there.”

Clement was ultimately recommended for separation from the Marine Corps. But many felt he had been scapegoated amid an embarrassing servicewide scandal.

For some, Kelly’s willingness to speak out for those taking heat demonstrates his refusal to compromise loyalty in the face of political or organizational pressure.

“I don’t know that I’ve ever met a more wholesome creature than James Clement,” John Dowd, Clement’s pro bono attorney and now special counsel to President Donald Trump, told Military.com last year. Dowd, a longtime friend of Kelly, was the one who asked the general to testify on the captain’s behalf.

Clement told Military.com that Kelly’s gesture had left him grateful and overwhelmed.

“Who does that — what four-star general in today’s liberal military would be willing to do that?” he said. “He essentially put his life on the line. He really did stick his neck out for me in a serious way.”

What stands out to Jensen, however, is not so much Kelly’s mixed record as a defender of the accused as a larger trend in the general officer corps of taking the stand as a character witness without due diligence.

In the case of Tomko, multiple generals served as character witnesses, including Maj. Gen. James Lukeman, the former head of Training and Education Command, who had on one occasion personally ordered a military protective order against Tomko.

He argued that the Tomko facing charges was an altered and troubled version of the enthusiastic and outstanding officer he had once known, beset by symptoms of combat stress and trauma.

“I’m not a doctor, but he’s not able to prevent himself from doing these things that he’s pleading guilty to,” Lukeman said in his testimony. “I can’t imagine it would come to that.”

Jensen said he had known Tomko since the two were captains at The Basic School together and had been head of sexual assault prevention and response when Tomko was assigned to Marine and Family Programs.

“I was dumbfounded by the circle, not just Gen. Kelly, but the number of people who were lining up to defend Tomko,” Jensen said. “To me, it’s symptomatic of a bigger problem. It’s not just about Kelly; it’s this idea of unchecked loyalty for people, and really the fact that there are no repercussions for standing up and defending someone’s character and later being proven wrong.”

He pointed to another case reported by Military.com in which Lt. Gen. Larry Nicholson, head of III Marine Expeditionary Force in the Pacific declined to alert top Marine Corps leaders after a colonel, Daniel Wilson, was relieved from a new post in Australia in just 10 days following a series of incidents of drunken misconduct.

Wilson later would be accused of child sex abuse at his next post at Camp Lejeune, North Carolina, and ultimately convicted and sentenced to five years.

In Nicholson’s case, the inspector general’s report that resulted will likely prove a career-ender for the three-star general.

When senior officers do step up to defend the guilty or take steps to overlook wrongoing, victims can pay a high price, Jensen added.

“This shows the lack of understanding of the implications that it has for victims, when they’re constantly standing up, speaking for the good of the accused and making excuses for [their behavior],” he said. “There were a million colonels who went through combat and fought admirably and suffered from [post-traumatic stress] who weren’t [abusing] children and showing up to arraignments drunk.”