Silencing the Bullies & Feeding the Trolls

I don’t know if you were bullied when you were young, but I was. I remember it like it was... 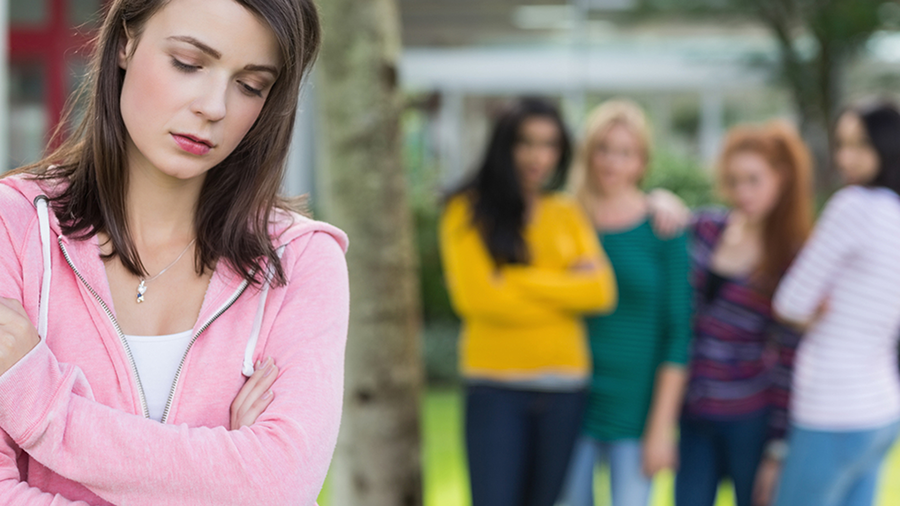 I don’t know if you were bullied when you were young, but I was. I remember it like it was yesterday, that feeling of helplessness, that desire to shrink into myself and somehow disappear right before the eyes of the bully, the embarrassment of standing before my friends, unable to utter a word in my own defense, and the relief, the utter relief when the bus showed up and I could make my escape. Until the next day, when it would happen again. Or maybe not. Part of the bully’s satisfaction came from keeping me on high alert, never quite sure when an attack might happen.

When I told my parents what was going on, they gave the standard response, “Ignore the bully and she’ll go away. She only wants a reaction.” Well, she would always get a reaction. Tears. Usually slow, hot tears of shame. I learned that it was impossible to ignore a bully and that going to adults rarely solved the problem.

It really is no different online though for adult audiences the term bully is oversimplified. It might be more appropriate to call the person a troll or a cyber-harasser. The truth is, the label doesn’t matter as much as the behavior in which they engage, slurs and slander, using language meant to make a target feel shame for being themselves or for identifying with a group, be it military spouses or a political party, or just for being a woman.

I for one gave up being silent a long time ago. It wasn’t the right answer for me. I find great strength in responding to the bullies in life, be it the intimidator that comments on an article I’ve written or a browbeater on a friend’s Facebook page. Recently, I recently spoke out about the trend to harass military spouses and was quoted in ‘Dependa’ bashing: Mudslingers stun military spouses in the Military Times, all because I’ve taken fighting back to the public stage by addressing the bullies themselves in The Dependapotamus Hunter I and II. Those pieces have wide readership and commenters generally fall in two camps – those who understand what I’m writing about because they have personally experienced online abuse and those that justify the behavior in the first place, often by participating in bullying, harassing, or otherwise abuse behavior themselves.

I want to encourage more of the former to step up and speak out. This trend will not be changed by being silent and complacent. And if we can find ways to respond to the persecutors and the pests without making life worse for others and in a way that strengthens and fortifies ourselves, why shouldn’t we?

Anyone reading this needs to understand that I never respond for the benefit of the bully. First, I do it for myself. My self-esteem demands that I take action. Second, I respond so that others see it’s okay to fight back.

This doesn’t work in every situation but should be the first option for anyone dealing with intimidating or tormenting behavior in an online forum. My son simply calls it applying the ban hammer. If you have someone using language that is unacceptable or is intentionally making problems for others in your forum, ban them. If it is a friend or friend of a friend on your Facebook page, delete the comment and then unfriend or ban so that you don’t have to deal with similar comments in the future. No warnings are necessary. We are all adults and we know what polite behavior looks like both online and in person.

I recently started this approach for an online Facebook page that I help manage. The first ban, I admit, was tough. I felt guilty, like I was unfairly silencing someone. Freedom of Speech and all. But it wasn’t long after applying the ban hammer that I began to notice new voices joining the conversation. Very often those voices were female. Although bullies aren’t always men, the targets are almost always women, especially in military support forums, and women are less likely to defend themselves. For every bully you ban, you’ll likely gain at least two new female followers to replace him or her.

Take a screenshot of any and all harassing and shaming behavior. Then, tell the person that you have started to compile a file on their harassment. This is best left as a public reply so that others see you are protecting yourself. Let them know that you are more than ready to document any additional comments that add to the harassment. Remember, there is a good chance you are not the only person being harassed and if multiple incidents are reported about the same person, then the forum is likely to take action.

If the comment is also posted with a date and time, make sure to get that information. If the person harassing you happens to be active duty military and the comment was made while they were at work, that is information that can be used in an investigation. Also, if the person making the comment has a profile picture of themselves in uniform, capture that image as well. It is bad enough that we have military spouses and veterans taking part in this behavior, but it is extremely unprofessional when our own men and women in uniform take part.

Taking this action to protect yourself does two things. It acts as a safeguard to help other bullies from piling on. If they are stupid enough to do so, you can simply take more screenshots. And follow through by reporting the mass bullying to the powers that be. Often, these folks work together and can be linked to a separate forum that brought them to your comment in the first place. Leaving a comment in defense of yourself also means that others are unlikely to come in and try to defend you in ways that are less than helpful. We all have those friends that will try to protect us with an approach that often leads to more name calling, more slander, and more shaming, for the both of you.

Most of the misogynistic behavior online comes from folks who hide behind fake accounts or protect their identities to every extent possible. If their employers knew what kind of activity they were engaging in, possibly on company time, their careers or jobs could be in jeopardy. If you can figure out who they are, definitely out them. Of course, this only works if you also have saved proof of their harassment and can make a direct connection between their account and their true identity.

And slow but sure the military is beginning to create a set of rules and regs to deal with online behavior. It is a shame that soldiers and their families need to be told things like this:

The Army understands the importance of treating everyone with dignity and respect — it is part of the Army being trusted professionals. Being online does not change this. The Army is reinforcing a climate where members of the Army Team — including current and future Soldiers, Army civilians, contractors, and Family members — understand that online misconduct is inconsistent with Army Values.

If you know your harasser is associated with the military community, you can remind them of any of these following statutes in the UCMJ:

But if you chose this approach, please remember that your online behavior will likely be taken into account if you ask command to follow up. If you start your response by calling the person an “asshat” or a “jerk-off,” don’t expect others to take you seriously. Please be as professional in your responses as you possibly can, even if the harasser double downs on the abuse.

As I pointed out earlier, it’s sometimes impossible to ignore downright disgusting behavior. And it’s empowering to defend oneself. Since we know that some of us are going to respond, we might as well have a plan of attack that has the potential to do some good.

If you’re going to feed the troll:

And don’t be surprised if you get told that by responding to hateful speech that you just asked for more… it’s a common theme. When men speak up in defense of themselves, they’re being manly. When women do it, they’re asking for it. Obviously, I disagree. More women need to speak up and speak out and let the community know that we aren’t going to take this anymore.

At the end of the day, we will never end bullying of any type. These approaches, used individually or in conjunction with one another, serve best as tools but not as weapons of mass destruction. However, we can make it less acceptable to intimidate, torment, and harass one another within our own circles. Simply standing up for yourself or for a friend is both empowering and contagious. Let’s see how far we can make this spread.