The Sip: A fox stole my golf ball

Thursday, August 23, 2018 TGIT and it’s almost the weekend! Start the party a little early with The Sip, the... 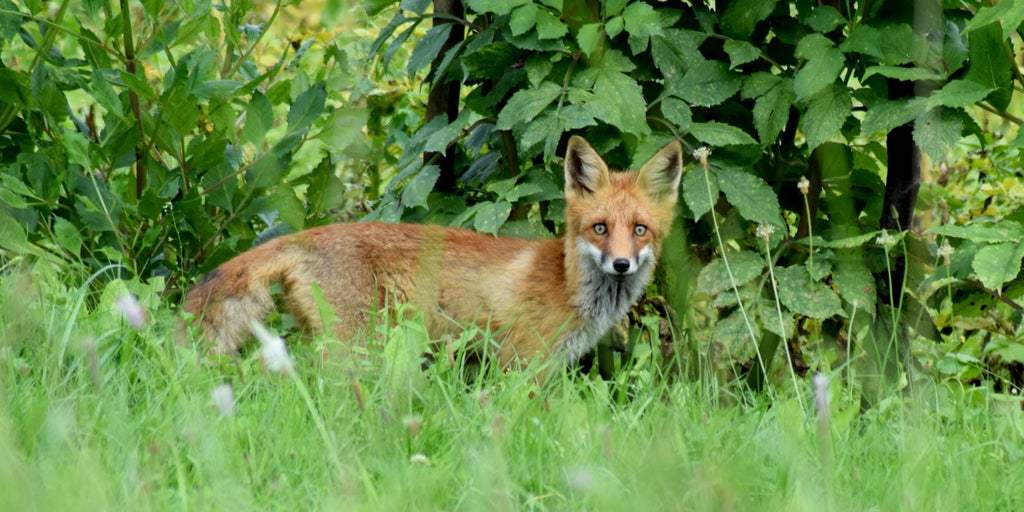 TGIT and it’s almost the weekend! Start the party a little early with The Sip, the bi-weekly newsletter brought to you by MilSpouseFest. Informed looks good on you. Get this awesome straight to your inbox by SUBSCRIBING HERE. Meme from our friends at Military Spouse

On today’s date in 1851, the schooner America beat more than a dozen British yachts in a race around the Isle of Wight to win the 100 Guinea Cup, and thus the America’s Cup was born. Obviously you’ll want to bring this up in conversations today to show how knowledgeable you are about things like international sailing.

What else are people talking about? Hawaii. You know it’s bad when The Weather Channel’s Jim Cantore shows up, and he said Aloha to residents on the big island earlier this week. All eyes are watching as Hurricane Lane – now a category 4 storm – inches closer. The beast is anticipated to make landfall between now and Saturday across the state, and even if it turns away, it could bring up to 20 inches of rain in some places and plenty of damaging winds. This is the largest storm to threaten the islands in decades. Fill up your waterBOB and stay safe, military Ohana.

Another storm people are talking about? The political one happening in DC. Earlier in the week, Paul Manafort (President Trump’s former campaign chairman) was found guilty of eight counts of bank and tax fraud in Virginia. Meanwhile, in Manhattan, the President’s former attorney, Michael Cohen, pleaded guilty to eight criminal counts including tax fraud, false statements to a bank and campaign finance violations tied to his work for Trump. So there’s that.

Finally, a name to know today and remember forever: fallen hero Air Force Technical Sergeant John Chapman, the first airman to receive the Medal of Honor since the Vietnam War. In a ceremony yesterday, President Trump presented the highest military honor to Chapman’s wife, Valerie Nessel, 16 years after Chapman was KIA in Afghanistan. From the official citation: “Despite severe, mortal wounds, he continued to fight relentlessly, sustaining a violent engagement with multiple enemy personnel before making the ultimate sacrifice.” Perhaps an even more telling quote is the one he selected for his high school year book: “Give of yourself before taking of someone else.”

A man in China was fined $29 for illegally parking in a highway’s emergency lane while he released between 60-70 pigeons from his car. We think the birds might not have been the only ones flying high.

If you thought “The dog ate my homework” was a tired excuse, try telling your friends, “A fox stole my golf ball off the green after my awesome chip shot.” Luckily it was captured on video.

While we’re talking about stealing, police are hunting for a thief in South Carolina who walked into a pet store, put a red tail boa down his pants, and left undetected with the snake. (Insert 1000 inappropriate jokes/comments/snickers about snakes in pants, here.)

We are loving this piece on the biggest mistakes military spouses make after a PCS over on Birdie & Bubba.

Speaking of moving, check out the best hotels for military families with pets put together by Anchored Together by Land, Air, or Sea.

And last but not least, don’t miss this great post by Marla Bautista about seeing the President sign the NDAA at Fort Drum last week and how a difference in politics brought a unit together.

We’ve watched all the animal videos on the entire internet, and it’s time for a giant Awwww baby! clip instead. Check out this little one’s priceless reaction to seeing his Daddy Doll.

Did you know military families are eligible for tutor.com through the DoD tutoring program? This incredible program provides on-demand, online tutoring and homework help at no cost to active duty service members and their eligible dependents. With live, expert tutors available 24/7, military-connected students can receive academic help at their moment of need – anywhere they have an internet connection. Plus the folks at this company are awesome and sponsor MilSpouseFest (which is also awesome). Learn more about the tutoring resources available and use the link for military families, here.

Obviously we’re a ball of fun and a barrel of laughs, so come meet us in person at the next MilSpouseFest! As if spending time with us wasn’t enough of an incentive, come to win prizes, get encouragement and meet other military spouses who like winning things and free food. Our next performance is in Hampton Roads September 12, and if you bring a friend to our evening sesh, you could win $100. Register and learn more about all of our events here.