Sip to Go: He’s gonna learn to keep his hands to himself

Thursday, October 18, 2018 It’s thirsty Thursday, so take a big old drink of The Sip, the biweekly newsletter from... 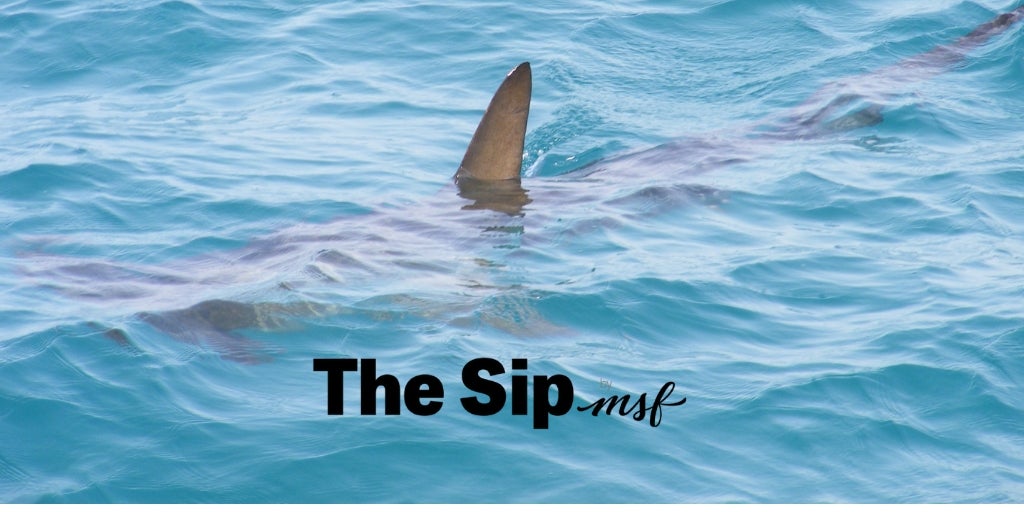 It’s thirsty Thursday, so take a big old drink of The Sip, the biweekly newsletter from MilSpouseFest. We read the entire black hole that is the internet so you don’t have to. Take your Sip TO GO with our new podcast:

On today’s date in 1867, the U.S. formally took possession of Alaska, after purchasing the territory from Russia for a mere $7.2 million dollars (anyone else thinking, “I can see Russia from my house“?). And now, because we love our friends way up north: an Alaska joke. Why does Anchorage have so many Taco Bells? Because Alaskans love brrrrrrrrrritos.

The FBI is asking for help in finding 13 year old Jayme Closs whose parents were found shot to death in their Wisconsin home on Monday. Jayme is believed to have been in the house when her parents were killed and is thought to be in danger. An Amber Alert was issued in response to her disappearance.

Also making headlines, Saudi Arabia. If you haven’t been following this story, on October 2 a Washington Post reporter mysteriously disappeared after walking into the Saudi Arabian consulate in Istanbul to retrieve a document needed to marry his fiancee. Video surveillance shows Jamal Khashoggi walking in, but not walking out. He is now believed to have been tortured and murdered, following audio evidence that was collected from a Turkish forensics team.

Khashoggi’s last column, titled “What the Arab world needs most is free expression,” ran yesterday in the Washington Post with an editor’s note that included the sentiment: This is the last piece of his I will edit for The Post. This column perfectly captures his commitment and passion for freedom in the Arab world. A freedom he apparently gave his life for. This is quickly escalating into an international incident and we are watching it very closely.

Something else we are watching closely? Some changes hopefully coming our way. If you moved this year (and honestly even if you didn’t…), chances are good you know that this was a particularly brutal PCS season, with lots of goods being damaged or completely going missing and general chaos and moving mayhem ensuing. Well, lawmakers and officials at U.S. Transportation Command (TRANSCOM) are taking a petition started by military spouse, Megan Harless, to heart. With over 102,000 signatures calling for an overhaul of the PCS system, they’re beginning to think, yo, that’s a lot of people who are angry. Maybe we should do something.

Finally, if you’re in the Hampton Roads area, join us at the opening party of the She Swank Marketplace in Portsmouth, Virginia on Saturday. She Swank is owned and operated by military spouse powerhouse Lakesha Cole and the party has such things as drinks, food, adorable items (I have my eyes on a t-shirt that says I like long walks to the taco truck) and oh yeah, a U.S. Senator (military family advocate Tim Kaine who hosted Cole as his guest at the State of the Union earlier this year). Get the details here and come see us this weekend!

In today’s WE CANNOT EVEN news, an employee at a mall in China was running to a meeting when she fell through a “feeding hatch” that had accidentally been left open. You can actually watch it go down, below. The feeding hatch is for the SHARKS that are in the tank under the bridge. She was in there for two minutes, and while the sharks circled she was left untouched. I still don’t understand how she didn’t have a complete panic attack and die right then and there. We’re glad she’s okay, especially because this story is so fintastic. (<<<--- The Sip: puns you didn't know you needed in your life).

In other news, if you were thinking of shipping drugs disguised as an Aztec calendar, well, authorities are on to you. Immigration Customs Enforcement, Homeland Security Investigations arrested eight defendants on Tuesday named in a grand jury indictment that alleges a scheme to send methamphetamine to Hawaii, including nearly 12 kilograms of narcotics made to look like decorative Aztec calendars and statues. We award 10 points for innovation, and probably 10 years in the slammer.

Loving the book excerpt on Task and Purpose about Eisenhower and collaborative leadership. We really do like Ike.

And last but absolutely not least, you have to read To All the Military Mamas over on Army Wife Network. We especially love these lines:

I raise my glass to all of you bravely raising That Kid.

That Kid who measures success with a different ruler.

That Kid who shows us all how to teach creatively and compassionately.

That Kid who may never hold a conversation at lunch or run for student government.

That Kid who may not be bragged about on social media or in the school newsletter.

Bravo, Army Wife Network. We raise our glass to you! The winning has started and it is only going to KEEP going!!! Our 14th SipStakes winner ($200 Amazon gift card!) is … HOPE! A gift card is coming your way – we’ll email you. Thanks for entering!

For the rest of you, you still have 7 chances to win, and the last drawing is for a $1000 Visa gift card! Keep sharing, keep entering, keep being awesome. Enter here,and then share, share, share! Every single time one of your buddies signs up, you’re entered. 10 buddies = 10 entries. The SipStakes: because informed and winning looks good on you. And the link one more time for the people in the back: www.milspousefest.com/sipstakes

You know we love taking this show on the road! Come meet us at an upcoming MilSpouseFest. Laughs, encouragement, 99 new milspouse BFFs, food and prizes! Why wouldn’t you come?! We’ll be in Norfolk next week and Fort Bragg December 4. Sign up and learn more here. Get this goodness directly to your inbox by subscribing here!