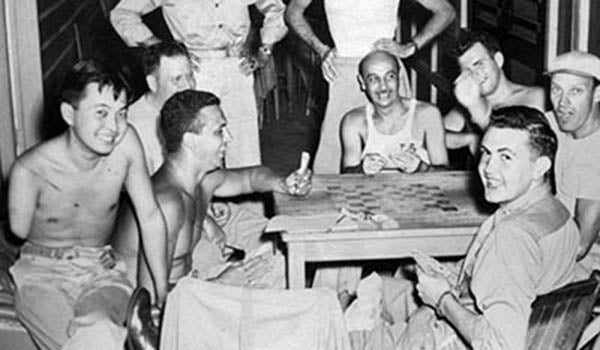 World War II hero Army 2nd Lt. Daniel Inouye is a legend in his native Hawaii, in the Army and in American politics.

Inouye tried to join the military after graduation, but he was given draft classification 4C, which stood for enemy alien and labeled him unfit for duty. For more than a year, he was questioned about his patriotism until the Army finally dropped its enlistment ban on Japanese-Americans. He quickly enlisted and volunteered for the storied 442nd Regimental Combat Team, a segregated Japanese-American combat unit that fought in southern France and Germany.Born in Honolulu in 1924 to parents who had emigrated from Japan, Inouye had a tough time growing up. He was surrounded by anti-Japanese sentiment, especially having graduated high school in 1942, right after the Pearl Harbor attacks that forced the U.S. into the war.

Inouye was promoted to sergeant in his first year, and after a major battle in the Vosges Mountains of France in the fall of 1944, he was given a battlefield commission to second lieutenant. During that offensive, Inouye was hit by a German round right above his heart, but two silver dollars he had stacked in his shirt pocket stopped the bullet. He carried those coins with him through the rest of the war.

On April 21, 1945, Inouye was near San Terenzo, Italy, leading his platoon on an attack on a mountain ridge against enemy troops who were guarding an important road junction when they were ambushed by three close-range machine guns.

During the attack, Inouye was shot in the stomach. But he ignored the wound and pushed on, destroying the first machine gun position by himself with grenades and gunfire. He and his squad then attacked the second machine gun nest, successfully destroying it.

Inouye collapsed from blood loss after that, but it didn’t stop him. His platoon managed to distract the third machine gunner enough so he could crawl within 10 yards of the position. A National Park Service article best described what happened next:

“As he raised himself up and cocked his arm to throw his last grenade, a German soldier inside the bunker fired a rifle grenade, which struck his right elbow, nearly severing most of his arm and leaving his primed grenade reflexively ‘clenched in a fist that suddenly didn’t belong to me anymore.’ Inouye’s horrified soldiers moved to his aid, but he shouted for them to keep back out of fear his severed fist would involuntarily relax and drop the grenade. While the German inside the bunker reloaded his rifle, Inouye pried the live grenade from his useless right hand and transferred it to his left. As the enemy soldier aimed his rifle at him, Inouye tossed the grenade into the bunker and destroyed it. He stumbled to his feet and continued forward, silencing the last German resistance with a one-handed burst from his Thompson [machine gun] before being wounded in the leg and tumbling unconscious to the bottom of the ridge.”

Inouye was eventually taken to a field hospital, where his right arm was amputated without the use of anesthesia.

Despite the loss of his arm, Inouye stayed in the Army until he was honorably discharged in 1947. By then, he had received the Bronze Star, Purple Heart and Distinguished Service Cross. The latter was upgraded to the Medal of Honor in the 1990s by President Bill Clinton. Nineteen other members of the 442nd were honored with him.

Inouye began a political career in 1959, working in the U.S. House of Representatives until 1962, when he was elected to the Senate. He spent the next 50 years there, representing his home state. He was considered the highest-ranking Asian-American politician in U.S. history by the time he died in December 2012. He still held office at the time. He was 88.

Many buildings have been named in his honor over the years, including the Hart-Dole-Inouye Federal Center in Michigan. It’s the site of the hospital Inouye recovered in after the war, and where he met another wounded officer who became his lifelong friend – Bob Dole. The building is named in their honor, as well as that of another patient who became a U.S. Senator, Philip Hart. The recently built POW/MIA Accounting Agency building at Joint Base Pearl Harbor-Hickam was named in Inouye’s honor, too.

On another note, the 442nd Regimental Combat Team became the most highly decorated regiment in U.S. history. More than 18,000 individual decorations for bravery, 9,500 Purple Hearts and nine Distinguished Service Crosses were awarded, while 21 men received the Medal of Honor.

Another great group of heroes to give thanks for!