By David Vergun, Army News Service The International Space Station is a “great model for society,” said NASA Astronaut and... 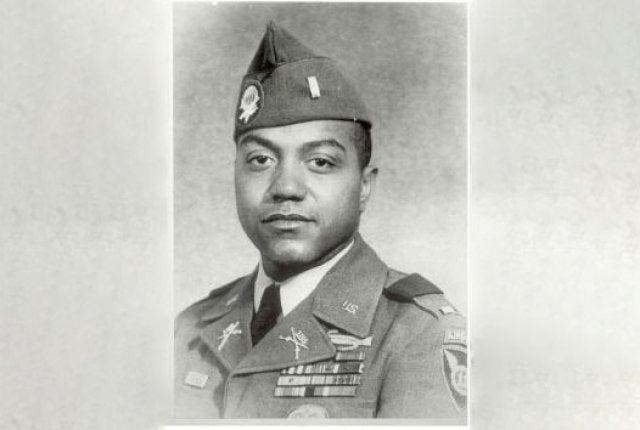 The International Space Station is a “great model for society,” said NASA Astronaut and retired Army Col. Robert S. “Shane” Kimbrough, who returned to Earth, April 10, after 173 days in space.

It’s a study of how six Russians, Americans, French and Japanese can work together in confined spaces to do some really incredible science and research that will benefit all of society, said Kimbrough, who was the Expedition 50 commander on the International Space Station.

The experience on the ISS demonstrates that “none of the countries could do that alone. It takes all the international partners working together to make that space station program happen,” he said.

“As space station commander, you’ve got to integrate all those different types of people, personalities and culture to make an effective team,” he said, adding that integrating the team “wasn’t much of a challenge because I had a great crew. I was just fortunate enough to be up there with the people I was.”

Asked how the crew could communicate, he said that he and another American, along with a Japanese and French astronaut, spoke to the three cosmonauts in Russian and in turn, the Russians spoke English to them.

“We were constantly working on the language and always learning more vocabulary and different terms and even slang,” he said. The challenging part was translating the technical jargon.

Overall, he said it was great working with them. They’re very different. Not just language, but culture and cuisine. “It’s always interesting learning different cultures.”

Besides sharing languages, the crew also shared food, Kimbrough said. The Russians would partake of the American, French and Japanese food and they in turn would be offered Russian meals, particularly on weekends. “They seemed to enjoy our food and we enjoyed theirs.”

After 173 days in space, living in a confined area, it might seem easy to get on each other’s nerves after a while.

Not so, Kimbrough said.

“We had a lot of training before the mission in learning ways and techniques on how to not annoy people,” he said. “When they pick astronauts, one of the criteria is, ‘are you going to annoy somebody if you are in a small area for a long time, because if so, we don’t want you here doing this job, you can do something else.'”

Kimbrough said the crew did a lot of important scientific experiments in the fields of biology and the physical sciences. Some of the biology experiments could lead to advances in medical treatment.

“Eating is especially fun,” he continued. “You can eat upside down, right-side up, toss an M&M to your buddy across the room or send him a drink. We played around a lot with our food. We tell our kids at home not to do that, but we do it in space.”

Another type of fun, he said, was “looking out the window at our beautiful planet Earth. That was really special.”

Kimbrough credits the Army with giving him many opportunities for operational experience and leadership training, beginning at the U.S. Military Academy at West Point, New York, and all of the follow-on leadership courses throughout his career.

NASA is looking for astronauts with that type of experience, along with the education. Kimbrough graduated from West Point in 1989 with a Bachelor of Science in Aerospace Engineering and he later graduated from Georgia Tech in 1998 with a Master of Science in Operations Research. His operational experience includes piloting an Apache helicopter during the Gulf War.

Besides education and leadership experience, NASA is looking for someone who has been exposed to unique and austere environments, something “we as Soldiers experience on deployments,” he said.

They’re also interested in someone who can thrive on a team and deal with stress, he said.

“We’re good at memorizing responses in critical situations,” he said. “My brain was set in that mode from all of the Army training. So we’re always preparing for worst-case situations and hoping we never have to go there, but if something bad would happen, we’re ready to go and respond in those situations.”

In a couple of decades a human will land on Mars, he predicted, “but I’ll certainly be too old to do that when the time comes around.”

Kids in school today that he talks to will be the generation that gets to Mars, he said. “Hopefully we can inspire them to go down that road.”

It’s an honor to be a Soldier For Life, Kimbrough said, adding that the Army instilled in him “this incredible sense of service ever since going to West Point.” He added that working for NASA as a civil servant is also a wonderful experience.

Kimbrough said that no matter where he goes or who he meets, he feels that he’s representing the Army and “that’s a great feeling.”

Kimbrough added that he couldn’t have ever been successful in the Army or NASA without the support of his friends and family, particularly during long deployments or in space on this mission and a previous one in 2008 aboard the Space Shuttle Endeavour to the ISS.