When your spouse looks forward to deploying again

By Lizann Lightfoot I couldn’t believe it: my husband was preparing to deploy for combat in Afghanistan. Again. I was... 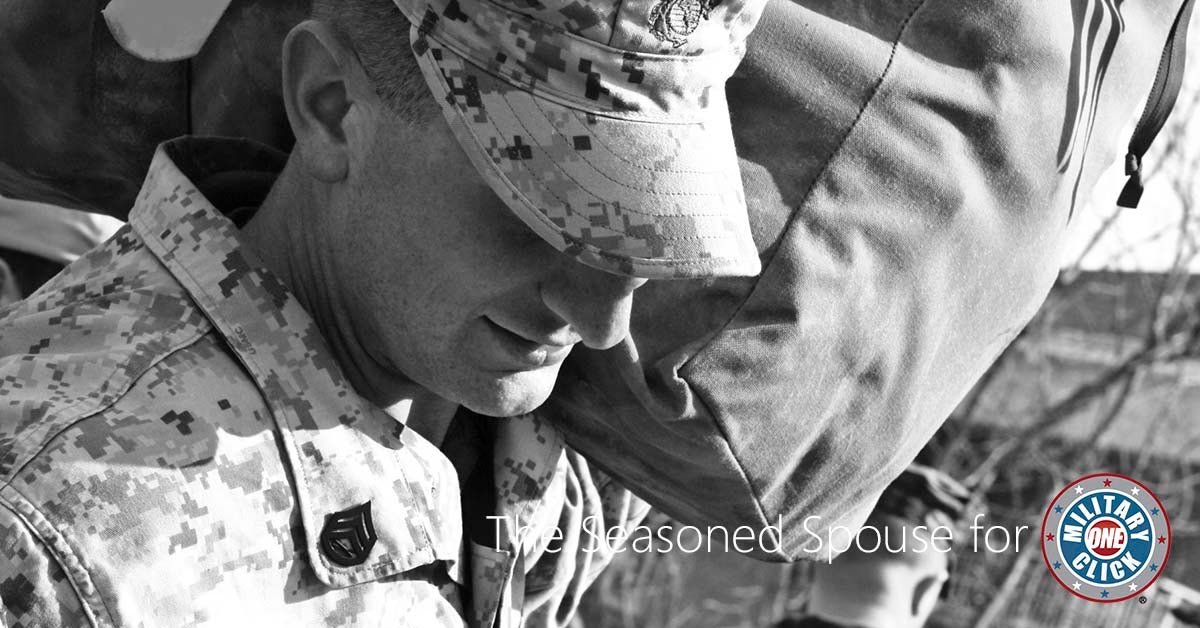 I couldn’t believe it: my husband was preparing to deploy for combat in Afghanistan. Again.

I was pregnant, emotional, terrified for his safety, and worried about the millions of things that could go wrong in the next year. But as he packed up his gear, he seemed… cheerful.

At first I thought he was just being positive for my sake. He knew I was anxious about the deployment, and I thought maybe he was trying to make things a little easier. But sometime between rolling up his poncho liner and his t-shirts, he remarked, “I can’t wait to get over there! I’m looking forward to this.”

And that’s when I got angry.

How could he look forward to leaving me and the kids for more than half a year?

How could he be excited to face death and horrible living conditions?

How dare he look forward to something that was going to be the biggest challenge of my life?

Didn’t he care about us and all the pain he was putting us through?

It just didn’t make any sense.

When you feel dread and your spouse feels eager

I had been dreading the deployment for months. I would have a baby during the deployment, without him. There would be very limited communication. And he would be in combat often. My heart could hardly bear all the stress and emotions that whirled through it each day. He knew he was putting me through this…and he was excited about it?

I was angry with him for being happy about deploying. My anger quickly turned to resentment. Then I wasted the last week before he left feeling frustrated and bitter towards him.

That’s why the weeks leading up to deployment are sometimes harder than the deployment itself. There is so much tension, as the military member looks forward to the deployment, while the spouse dreads it. The service member wants to speed up time and get to the mission, while the spouse wants to slow down time and savor every moment remaining. It is a horrible feeling of dread and frustration, that doesn’t resolve until you both say goodbye.

Focus on the mission

It was only afterwards, when he was overseas and I was alone watching the news, that I was finally able to understand my husband’s excitement about that deployment. He was part of the Battle for Marjah in 2010, one of the largest assaults the Marine Corps conducted in Afghanistan. He had known before the deployment that his unit would be part of this attack, but he hadn’t been able to share that with me for security reasons. He was excited to be part of a historic event and to use some of the specialty training that he went through beforehand. He was proud to make such a significant contribution to the War on Terror. Of course he was somewhat eager to get to the fight!

[Tweet “”He was proud to make a contribution… of course he was eager to get to the fight!””]

During a combat deployment, he has a mission and a purpose. He has an important job to do, and he is good at it. All of his years of training prepare him for combat. So he focuses on the mission, and pushes everything else aside.

Now that we have been through deployments several times, I have learned what to expect in the weeks before he leaves. I learned my lesson from that deployment, and have tried to combat some of that anger and resentment I feel when I see him cheerfully packing his bags again.

I can’t change my own feelings of worry and loneliness. But I can try to be more understanding of his feelings of anticipation and excitement. I have learned not to take it personally. If he is looking forward to deploying, that doesn’t mean he doesn’t enjoy being with me, or that he wants to leave me. It simply means that he is trying to do his job. I need to see things from his perspective instead of mine.

He’s not looking forward to leaving us. He tells himself that the sooner he leaves, the sooner he can get back home. He is eager to get it over with.

He is not excited to face death and lousy living conditions. He has learned to push all that to the back of his mind and not focus on it. He cares very deeply about our family, and wishes he didn’t have to put us through any pain and suffering. But he also cares deeply about his mission, and he will give himself whole-heartedly to that.

Over time, I have realized that it’s not about me. The deployments are about him and his duty to our country. Yes, my tears and struggles are an unfortunate side effect, and he doesn’t enjoy that part at all. We both wish there was a way he could serve the country and remain with our family. But as long as we are fighting wars overseas, that is not possible.

[Tweet “”Over time, I have realized that it’s not about me.” #deployment #milspouse”]

Give your service member permission to look forward to deployment

When I finally asked him why he was so eager to pack his gear, he said, “Well, we can’t all be sad. One of us has to stay positive.” The best way I can support him is by showing him that I can stand on my own and face what is ahead of us. If I am clinging to him and holding him back, it makes it even harder for him to leave. So I have to give him permission to look forward to the deployment.

I don’t really have to say it out loud anymore. I give permission by my attitude, by forcing a smile when I feel like crying. I give him permission when I ask questions about the deployment and listen to his answers without interrupting or complaining. I give him permission when I tell him that I love him, that I am strong, and that “we’ve got this.” Once he has my permission, he can focus on the task ahead and trust me to take care of everything that lays behind him.

Deployments are hard for everyone, no question. Whether it is the service member or the spouse, no one gets excited to deploy overseas, especially into combat. But service members are trained to focus on their mission, and ignore their concerns about taking causalities. They go through extensive training leading up to a deployment, and learn very specific skills that are sometimes only useful on a battlefield. And remember that he is part of a larger mission. No matter what his specific job is, he has a right to be proud and eager to do it. So if it feels like your spouse is too cheerful about an imminent deployment, take a moment to see things from his perspective. Choose to be strong and supportive, even when you don’t feel that way.

Does your spouse look forward to deployment? Tell us about it! Lizann Lightfoot is the Seasoned Spouse, a military wife of 9 years who has been with her husband since before Boot Camp—15 years ago! Together they have been through 6 different deployments and 4 different duty stations (including 1 overseas in Spain). Lizann spends her days at home wrangling their 4 young children, cooking somewhat healthy meals, writing about military life, and wondering where the family will end up next. She is the author of the book ‘Welcome to Rota,’ and of the Seasoned Spouse blog. Follow her on Twitter. Find military encouragement on her Facebookpage. Find inspiration for care packages, deployments, and more on herPinterest page.