By Amanda Ross In the early spring of 2013, Kyle and I walked hand in hand into the Army Recruitment... 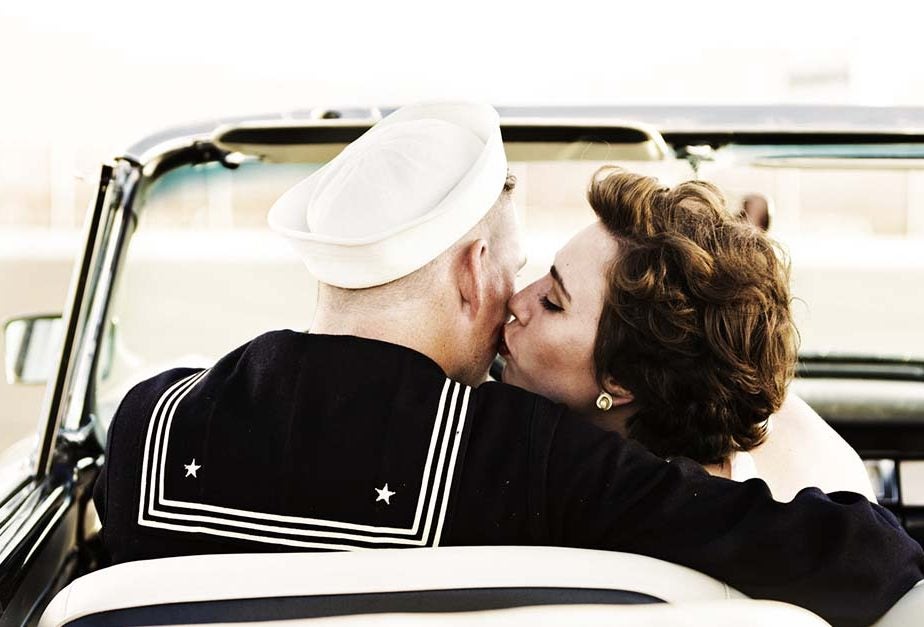 In the early spring of 2013, Kyle and I walked hand in hand into the Army Recruitment facility. Much like the years that would follow, he had arrived at this decision so quickly that I didn’t know how to feel at the time. I didn’t know what to do, so all I could do was watch it unfold.

It all felt so exciting and unknown, like our lives were about to change forever.

And indeed they did…

It was an older building, with wooden banisters and dim lighting that revealed a few rooms and a set of stairs. Kyle let go of my hand to shake the hand of another man, who led us upstairs to a tiny office. He was tall and broad shouldered, with a close shave that covered his entire head. On his desk were pictures of him and the recruits he earned over the years, as well as pictures of him at the beginning of his career. But apart from the rest, was a picture of an adorable baby girl, staring right back at me. I remember thinking, “This is happening.”

“We don’t see a lot of spouses of girlfriends come along.” He remarked, pulling me back to reality. I smiled, unsure of what the right thing to say was. But it didn’t matter, because an hour later we were leaving that same office and Kyle would be swearing in to the military just one week later. One hour, and our lives had taken an abrupt turn; one that I never saw coming.

Joining the military is a whirlwind of a process. One minute he was talking to a recruiter, and the next minute he was on a bus to Fort Benning, GA in the middle of the summer. In my experience from the outside, those who make this decision jump fast, and they learn all the twists and turns on the way down.  But leaving the military can be a very different process.

Everyone experiences military life differently, although many of us share the same challenges. So whether your significant other is retiring from the military, or separating for other reasons, the transitions are very similar.  We share the same worries when it comes to this transition, and it’s hard not to wonder, “What’s next?”

At this point in Kyle’s career, we are far from leaving the military lifestyle behind. There will be many separations, missed holidays, and struggles ahead of us. But with this lifestyle came the many other wonderful people that are a part of it. They represent the strong, unwavering foundation of the military, and what they represent. We are blessed to be surrounded by families who never hesitate to offer their advice, guidance, and support.

[Tweet “We are blessed by military families who offer their advice, guidance & support.”]

There will come a day when ACUs don’t fill our bedroom closet, and separations won’t cloud our future. And I know that there will be a lot to look forward to when that day comes, but I also know that we will need the support of our military community. We will need all of the advice and guidance that we’ve been offered over the years to conquer that transition.  And of this advice, the best thing that anyone ever told me was this:

We must live by the same motto that we have for years: One step at a time. Transitioning from the military can be extremely difficult, especially for those who have served for the majority of their adult lives, and those who have been faithful to them. In this lifestyle, we are constantly reminded not to “plan” anything, and for a little while, this applies to life after the military as well. It’s important to have a smooth transition, allowing the seemingly “new” life to sink in again.

So sit down and talk it all out. Talk about the dreams, hopes, and goals that you both have and every possible way you can reach them.  I think that a huge part of the instability that lies behind this transition is because of the unknown. We’ve been so focused on what’s next, but now we’re faced with the unfamiliar. Each person should write down all the goals that they have, and lay it all out on the table. This way, nothing is a mystery and both people know where the other stands.

Eventually we will gain our footing again, and fall into a routine. And at this point, we can start really executing those goals and turning them into solid plans. Much like the military itself, it’s hard to understand until you’re in the middle of it, learning to swim against the current. There’s simply no way to predict how it will all play out, so the best we can do is keep our focus on the future. But there will always be one thing that I know to be true: I love Kyle, whether he’s a soldier of not, and I accept that part of him will always be a soldier at heart. And I know that I’ll love him long after the day is done, and the uniform is put away.

Despite the unknown, hold on to each other.

Hold on to your goals.

Amanda is a military girlfriend of 6 years, with a brother that is currently deployed overseas. She’s a recent graduate with a BA in Communications and Media studies, and her blog focuses on offering advice and inspiration for military spouses, veterans, and families. She’s passionate about raising awareness for organizations that support the military, and participates in various events to benefit the military and its veterans. Find her on Facebook, Instagram, and Twitter  and follow the adventure.