Stan Lee proud to be WWII vet, thanks service members for serving

Did you know that Stan Lee served in the military? Lee, known for working with the company that became Marvel... 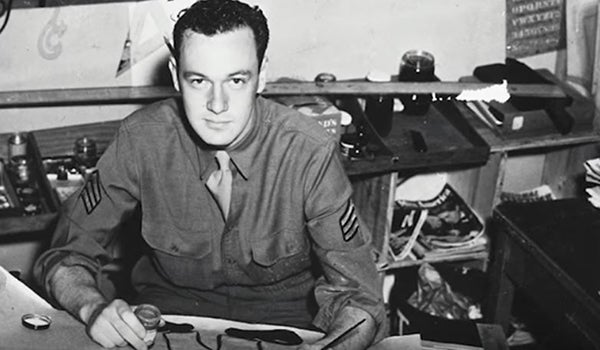 Did you know that Stan Lee served in the military?

Lee, known for working with the company that became Marvel Comics and artist Jack Kirby, co-created comic book characters such as Spider-Man, The Incredible Hulk, the Fantastic Four, Thor, X-Men and Doctor Strange. But he also served in the U.S. Army Signal Corps during World War II from 1942 to 1945.

Lee enlisted in 1942, shortly after hearing of the attack on Pearl Harbor. He was a lineman for the Signal Corps before the Army realized his writing skills and moved him into technical writing and doing posters, said Army Sgt.1st Class Nicholas Jones, 2nd Battalion, 3rd Infantry Regiment, Joint Base Lewis-McChord, Washington.

Other known writers who started out in the Army with Lee included novelist William Saroyan and TV writers Ivan Goff and Ben Roberts, who Lee met while working at the Army Training Division in Astoria, Queens, New York.

Service members from Joint Base Lewis-McChord, Washington, including Jones, inducted Lee into the Signal Corps Regimental Association and gave him an honorary membership into the 2nd Battalion, 3rd Infantry Regiment, during a comic convention in March.

“This is one of my proudest moments,” Lee said as he received a certificate for lifetime membership in the Signal Corps, as well as a coin from the battalion.

During a comic convention this month, Lee said as a writer, he used his experiences throughout his life to influence his characters and hopes they will continue to live on and inspire others.