Still-Uncounted: Why We Need to Talk about Military Spouse Suicide

Editor’s note: This is an opinion piece discussing the importance of tracking and addressing military spouse suicide. For military families... 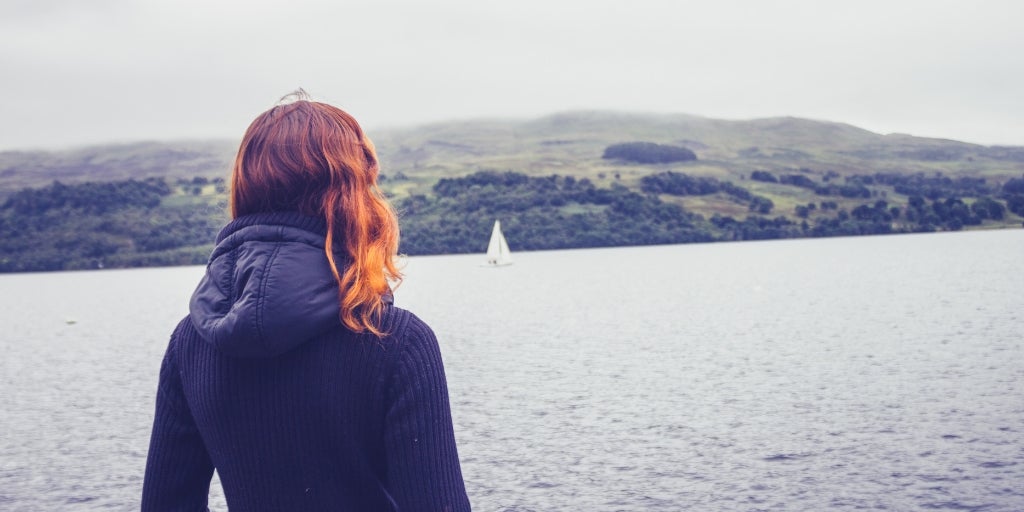 Editor’s note: This is an opinion piece discussing the importance of tracking and addressing military spouse suicide. For military families seeking support for a veteran or service member in crisis, call 800-273-8255 and press 1. For civilians, call 800-274-8255.

September was Suicide Prevention Month, an important time when we come together as a nation to raise awareness about suicide in every community, work to reduce the perceived stigma of seeking mental health services and draw attention to the resources available for those who are navigating a crisis that may feel too heavy to bear. September has come and gone, and despite the positive strides that have been made, there is still work to be done on behalf of all Americans, including the entire military community — beyond just the service member.

A few years ago, CNN ran a series called “The Uncounted,” in which reporter Ashley Fantz shared the stories of military family members who have either died by suicide or experienced suicidal ideation. The series not only was moving but also helped bring attention to the need to compile hard data on this national health issue if we are to effectively address it. The veteran suicide death toll and military casualty numbers are widely discussed. But how many deaths among military spouses, children, parents and other family members are occurring without the media, the public and U.S. leaders taking notice?

Six months after Fantz’s series was published, Congress asked the U.S. Department of Defense (DOD) to collect data on the number of military family members who die by suicide. Three years later, the Defense Department has still not released its findings.

Getting data is the first step. Military and veterans service organizations, government leaders and elected officials need this information — and the public deserves transparency and accountability — so that programs and resources can be aligned to effectively support military families.

Suicide is not unique to the military community; it’s a national health problem. Yet military suicide is an issue that concerns all Americans who care about our country’s safety and the well-being of our people. For the more than 25 million U.S. service members, veterans and their family members, this issue is personal. As a military spouse and mother, I know firsthand the stress that military life can cause. I also see it reflected in the courage displayed daily by my family, friends and colleagues.

The Unseen Parts of Military Life

When considering military families, a World War II image often comes to mind: Women keeping up the homefront while their husbands face combat overseas. While some things about military life are still the same, a lot has changed, and the situation for military families is more complex than it was in the 1940s.

Military spouses are still proud of their role. We still respect the part we play in keeping our country safe, and we still believe in the value of military life. Yet deployments aren’t what they used to be. During World War II, service members often deployed out of their hometowns, while their families stayed in the same place with loved ones and an established support system. Today, 17 years into the longest war in U.S. history, deployments happen out of duty stations all over the world. Assignments change, and families are relocated every other year, on average. That means that military families often deal with the combined stresses of a deployment and frequent moves without a strong support system. It also means that social isolation is common, despite the programs and resources designed to support the whole family.

During WWII, most American families had a single income, with one parent able to focus on all the happenings at home. Today, the Bureau of Labor Statistics reports that 61 percent of all U.S. families are dual-income, with two careers to navigate and two professional reputations to cultivate and uphold. Frequent moves make it hard for military spouses to maintain their careers, and those who do are still expected to manage the homefront — alone, and often in a brand-new town with all the logistical transitions that relocations entail.

Probably the biggest difference since WWII: the draft. America is fortunate to have an all-volunteer force and so many brave individuals who choose to defend our country. And we are fortunate that the spouses of those volunteers are willing to step up unasked and wear multiple hats so that service members can concentrate on the job at hand. But to ensure total military readiness, we must recognize that a single individual’s choice to serve means also caring for the other people whose whole lives are affected, including the family members who are along for the ride.

This care requires us as a nation to understand what is happening in the military community. We need to understand how many military family members are dying by suicide so that we can provide support and allocate resources appropriately.

The Value of Suicide Data

To track suicide rates among veterans, the U.S. Department of Veterans Affairs (VA) uses the national death index from the Centers for Disease Control and Prevention (CDC) — matching the list of deaths by suicide against military personnel records and separation papers, called DD Form 214.

Because military family members do not have DD 214s, tracking their suicides is undoubtedly more complicated. No one who understands these issues would suggest otherwise, but no one expects the number to be perfectly accurate, either. Given the emotional pain that suicide can bring to a community, it may be underreported anyway as a cause of death. Yet the nationwide data set that the DOD may or may not have been holding since 2014 — as imperfect as it may be — would create a benchmark for measurement, which public and private organizations could use to more effectively support military families.

Let’s release the data, and then let’s work together to figure out how to accurately and responsibly continue to track, report on and respond to this issue as a country — just as we do when other national health issues emerge. Private military and veterans service organizations are standing by to help public agencies, such as the DOD and VA, the Coast Guard, and the CDC, and local communities in any way we can. The media and the public must also be on board, working to understand and avoid stigmatizing language that discourages those in crisis from reaching out for support.

Once military spouse and family data are tracked, lifesaving work can begin to align programs and resources effectively and support military families before they reach a crisis. Some progress has been made in recent years, including the expansion of Military OneSource to offer 24/7 counseling to military family members up to one year after separation. The Military Family Advisory Network’s forthcoming MilYou wellness program also aims to help families achieve physical, mental and relationship health by connecting them with online resources and providing a safe place to ask questions and engage with others. Expanding military-sponsored child care services is another idea to explore, giving spouses time for doctor appointments, counseling or self-care.

But it does need to be addressed. Releasing the data is the first step.

What can you do if you or a loved one is experiencing thoughts of suicide?

For military families seeking support for a veteran or service member, call 800-273-8255 and press 1. You can also access the online chat by texting 838255 or visiting www.veteranscrisisline.net.

Shannon Razsadin (Mil_FANet, #teamMFAN) is Executive Director of the Military Family Advisory Network (MFAN), a 501(c)(3) nonprofit that aims to connect military families with the resources they need to thrive. Intentionally not a service provider, MFAN convenes thought leaders within the military family community who collaborate with outside organizations and who apply effective communications practices to elevate the voice of military families at home and abroad.