“Opportunities were streaming in and suddenly it was ‘go time’ which meant I had to really consider what role I... 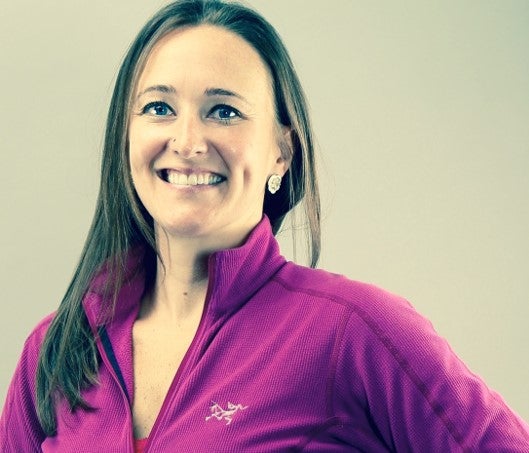 “Opportunities were streaming in and suddenly it was ‘go time’ which meant I had to really consider what role I was going to play,” says Michele Griffin, wife, confidant, and support system of Matt Griffin, the face of Combat Flip Flops. Michele looked at the situation and weighed her options. On one hand, her husband was ready to go big with his company, one in which they’d invested a lot of time, money, and effort. On the other hand, she had just been offered her dream job after six years of working hard and supporting the family.

What’s a milspouse to do?

Military spouses are a blend of tradition and invention. Michele Griffin is a great example of this. As a veteran, military spouse, and mother, she’s adapted to a new role countless times,  but she admits that it wasn’t always an easy change.

The Griffins have been a dynamic team for the last 13 years, yet their support and impact on our country started way before that. Although the two didn’t meet beforehand, they both graduated from West Point in 2001 before beginning their Army careers. Michele served five years.

Now she serves as mission support for Combat Flip Flops (CFF) and as what we refer to as Household 6, the powerhouse and stability at home. “I do some PR management, speaking and mentoring, and I keep the home fires burning so Griff can focus on the job,” she said. It’s not dissimilar to the days he was a Ranger, where the level of his performance is so high that the support needed to do his job falls on others. She takes a lot of pride in being able to offer him that support.

Michele isn’t shy when it comes to talking about the challenges they’ve encountered navigating the world of building and growing a business. But she’s quick to say the rewards have made it all worth it. “Starting a small business means time together is limited, and everything gets tight,” Michele said. “We’ve invested a lot of time and effort in developing communication skills to overcome the tough times.”

The three biggest issues in a marriage are money, sex, and communication. When time is limited, they all suffer. The resources, mentors, and support network the Griffins have built have allowed them to communicate effectively about finances and time apart: “Communication has been the singular most beneficial thing that we invested in, it’s positively affected our relationship, parenting, and business managing, showing long-term benefits for everyone involved.”

Keep your eye on them

When I asked Michele what was next, she was really excited. You can tell just how passionate she is about the charities that CFF is currently working with, and the direction they are going. “Through flip flops, we’re trying to end the war in Afghanistan. But the role we’re playing is so much different than what we thought. We didn’t think we’d be working on shaping policy and driving political policies,” she revealed.

The objective of CFF is simple: To create sustainable change. And the Griffins believe that education is the best way to accomplish that. “The women are the influencers in their homes, with their children, so we really wanted to focus on [Afghani] women’s education,” she said.

Michele hinted at some new developments coming from CFF in the next year. “One of our challenges is to make sure we have consistent product and manufacturing, so you’re going to see a product line develop to promote this.” CFF wants to have something that appeals to everyone, so that anyone who wants to get involved and support the mission can find something that appeals to them. We’ll see some products that are wild and fun, and others that are more conservative, which is intentional on their part so that everyone can find something to connect with. Michele calls these “universally awesome products.”

To learn more about Michele, Griff, and Combat Flip Flops, check out this Ted Talk.