Historically, female service members and veterans have often been left behind in policy, organizations, and the media, even as the... 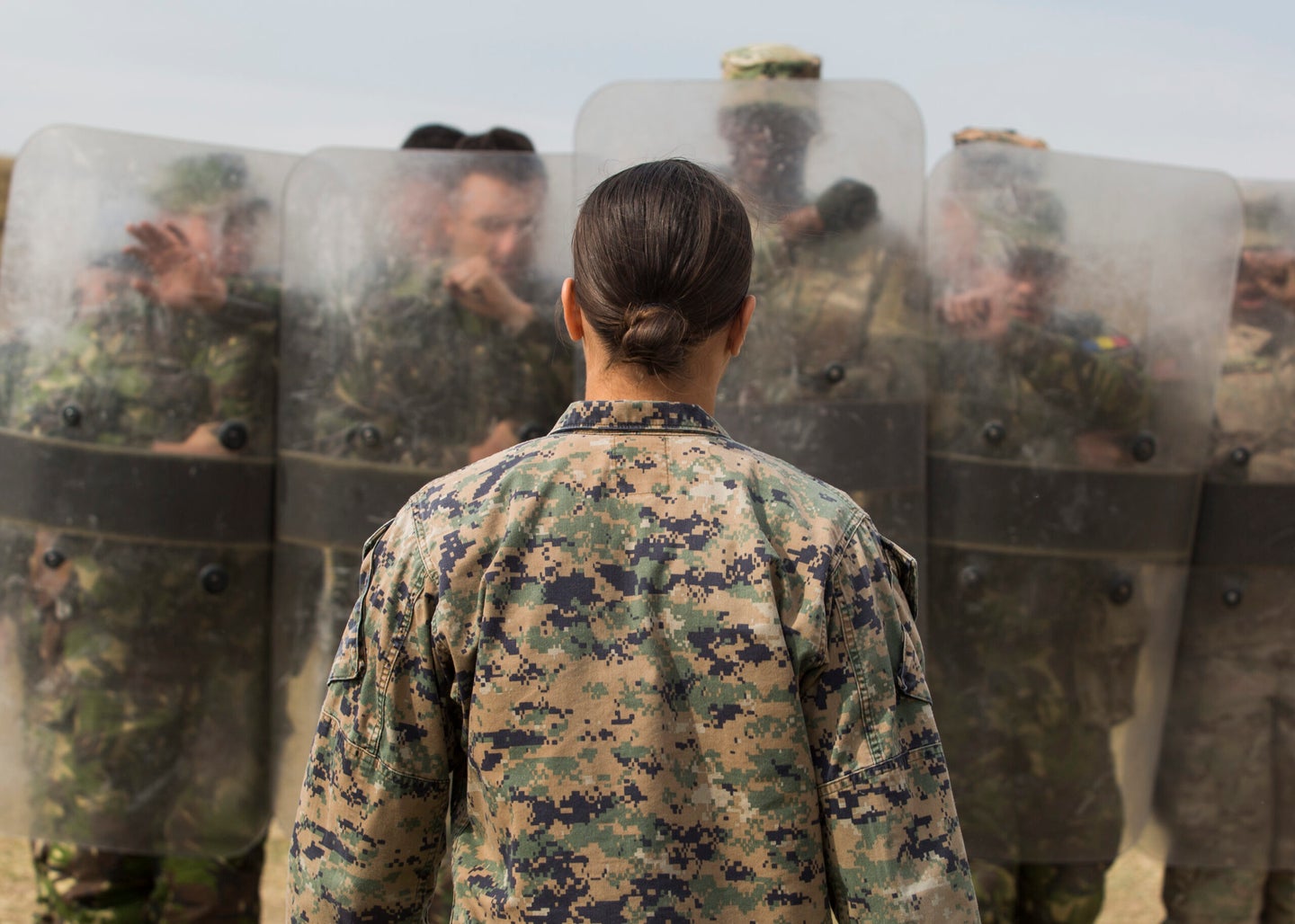 SHARE
According to SWAN, “More than 1,200 people, including nearly 1,000 service women and women veterans participated” in the Survey of Service Women and Women Veterans. “Women of all ranks and services, living in all 50 states, completed the survey.”
The results of the survey emphasized a system where female service members feel deeply challenged on the basis of their gender. When examining personal challenges for service women, 43 percent of respondents noted difficulties in job and assignment opportunities, 36 percent gender bias, and 35 percent family policies and practices. When describing community challenges, gender bias was chosen by 48 percent of respondents, 46 percent chose family policies and practices, and 42 percent chose sexual harassment and assault.
Women veterans’ responses noted a deep need for appropriate health care services and community belonging. Of the respondents, 35 percent noted mental health as a personal challenge and connecting to a community of fellow women veterans and financial stability each receiving 32 percent. The top three community challenges were access to women-specific health care (38 percent), mental health (37 percent), and the attention of the VA to unique needs (33 percent). In addition, more than half of respondents did not feel that the military provided useful transition services.

Female service members and veterans also feel forgotten and undervalued. 75 percent of military-connected women feel that their service is not recognized or valued by the general public and wished that the public at large would know more about their leadership and contributions, stories and experiences, and challenges they face. They place the responsibility on the military (68 percent), veteran service organizations (57 percent), and foundations or non-profits (52 percent).

While the respondents felt that the onus of recognition of their collective service and sacrifice falls on the military community, two-thirds do not believe the media’s coverage is accurate or balanced when it comes to service women and veterans and that they fail to include women when reporting on war or veterans’ issues. Similarly, more than three-quarters of all respondents felt that pop culture’s depictions of

Given these responses, it’s unsurprising that nearly three-quarters of women veterans are not members of a veteran service organization with almost a third noting that they do not feel welcome. Despite the pervasive challenges 80 percent of veteran respondents would recommend a career in the military to other women.

The past year has seen a growing conversation about women’s roles in the military. At the end of 2015, Defense Secretary Ash Carter opened all combat roles to women starting in 2016. In March, Carter approved and authorized the integration of female combat soldiers. In October, ten soldiers from the Army’s Infantry Basic Officer Leader’s Course made history as the first women to graduate from the program. The topic also became a lightening rod during the presidential election when then-candidate Trump defended a past tweet:

26,000 unreported sexual assults in the military-only 238 convictions. What did these geniuses expect when they put men & women together?