Texan milspouses raise more than $2,500 for Harvey victims in less than 24 hours

Two Air Force wives have spearheaded a campaign to raise money for Hurricane Harvey victims through their apparel company, Mason... 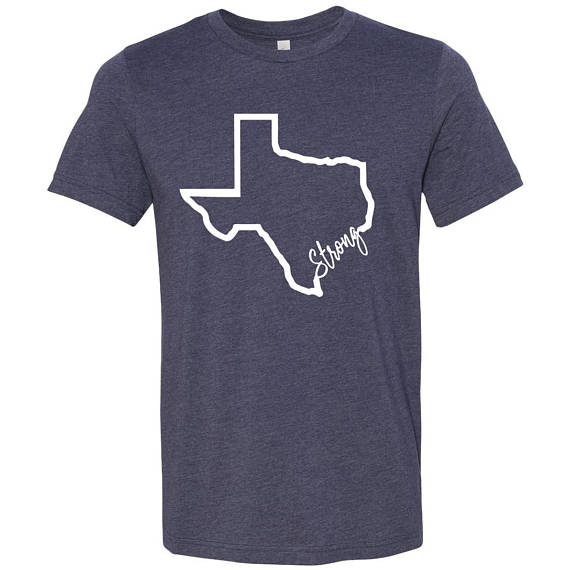 Two Air Force wives have spearheaded a campaign to raise money for Hurricane Harvey victims through their apparel company, Mason Chix. Generating more than $2,500 for the Red Cross in 24 hours, Brittany Boccher and Robyn Krug’s philanthropic efforts are close to their hearts and homes.

We were able to catch up with Boccher, who is also the 2017 Armed Forces Insurance Military Spouse of the Year, to talk about the pair’s fundraising efforts. “We both have philanthropic hearts and wanted to use the company as a way to bring awareness, advocacy, and really help our community,” Boccher said.

Mason Chix was “born”– the exact word that Boccher uses to describe its genesis–about two years ago, right after she brought her son into the world. He was diagnosed with Down Syndrome and Boccher was left needing a work-from-home opportunity to help support her family and provide for her son’s additional medical and therapy needs.

Mason Chix deals exclusively with graphic t-shirts. . . and most of those have a little southern flair. And that’s why Boccher and Krug realized they couldn’t idly stand by as flood waters rose in their home state. Boccher is currently living outside Texas, however, she is from Houston and has friends and family members who are directly impacted by Harvey’s unprecedented flooding. Krug is from Rockport, TX. Boccher reported that her business partner is facing an estimated 80% loss of her home.

After asking themselves what they could do, Boccher said they naturally decided on a t-shirt fundraiser: “We do t-shirts, so we were like, we can do this.” Currently available for pre-order, the design is an outline of Texas with the word “strong” appearing strategically near the affected Gulf Coast. The design is $24 for adult sizes with $18 of that going as a donation to the Red Cross; all of the labor and printing costs have been donated. There are also youth sizes available at $20.

While Mason Chix’s campaign to assist with Hurricane Harvey efforts is new this week, the spirit of giving is nothing new to their business. Calling Mason Chix an “apparel company with a purpose,” Boccher noted that the shop also donates 50% of the profits to Down Syndrome research and 10% to military spouse organizations every time a purchase is made. In addition, Mason Chix regularly holds fundraisers to support causes that have immediate needs, including one that helped a military spouse who needed extra help with transportation to and from her cancer treatments and another that aided a military family in the midst of adopting.

The fundraiser will last until September 5. Mason Chix will announce the final donation total on social media. In the meantime, Boccher has a message for her beloved military community: “I’m calling on all of my military spouses to let them know they can do something big or small. There’s ways that our military community can help from afar to come together and be stronger together.”