The quick and easy(ish) guide to TRICARE’s 2018 changes

There’s nothing quick, easy or simple about Tricare changes. But I’m going to do my best to give you a quick and... 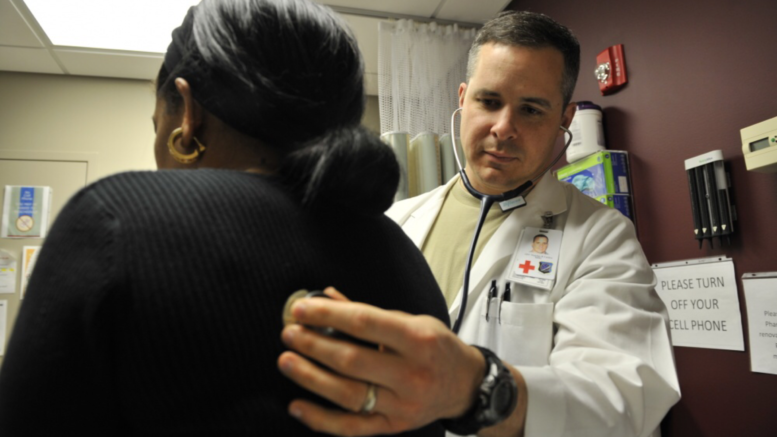 There’s nothing quick, easy or simple about Tricare changes. But I’m going to do my best to give you a quick and easy guide anyway. Here it goes.

Changing Names (Just to Confuse You?)

Once in a while, officials decide to confuse everyone by changing the names of programs. And that’s exactly what is happening with Tricare now. Instead of Tricare Standard and Tricare Extra, they are combining the two and calling it “Tricare Select.”

That means if you are currently on Tricare Standard or Tricare Extra, get ready to be eternally confused by the new Tricare Select naming convention. You can blame Congress for this one. Staff at doctor offices will probably also be confused for a while, so be prepared.

Other than the words that you say and the term you look up when finding Tricare help, this change has no real impact on your daily life. But it’s going to be a pain anyway.

Paying More — or Less — Out of Pocket

Congress and Tricare had this brilliant idea: Instead of this nonsense about Tricare Standard … er … Select and Tricare Reserve Select users paying a “percent of allowable charge” out of pocket when seeing a doctor, they decided to give everyone an actual dollar amount. That way, when you go to the doctor, you know it’s going to cost $27, not some mystery amount.

It’s really not a bad plan. But nobody likes change, so Congress wanted the swap to impact only people who are new to Tricare starting in 2018. They came up with this list of what things will cost (subject to change later) and called it a day.

But Tricare officials wanted everyone to use that new system. So they took a look at the average amount people pay out of pocket for services right now, and set that as the price point for specific categories, such as seeing a specialist or visiting a primary care provider.

That makes good sense, except that — because Tricare calculated the amounts using an average — $27 and $34 will be more than some people pay for those services now, and less than others pay. That means you will likely be paying more or less out of pocket than you do now — but probably not exactly what you’re paying now. Tricky.

What does that mean for your everyday life? A few things.

First, the civilian doctors who accept Tricare may change. That means it’s possible that you’ll have to change providers or specialists. If you’re seeing a specialist through a referral right now, you’ll be able to keep seeing that person until the referral runs out. If you need a new referral, you may have to change to a new specialist at the same time.

Next, if you’re a retiree who uses Tricare Prime or use Tricare Reserve Select or Reserve Retiree, you pay enrollment fees or monthly premiums. This change will impact where you send that money. Tricare officials said the new contractors will notify you with an update on where to send those payments going forward. You can be sure I’ll be watching this impact carefully, and not just because it’s my job — my family is on Tricare Reserve Select. If something is fishy, I’ll see it.

Finally, thanks to the contractor change, there will be an enrollment blackout starting Nov. 21 and going through the end of December. During that time, you won’t be able to change plans, register in Tricare Reserve Select or even move to a new primary care provider. If you want to do one of those things, you need to do it before Nov. 21.

If you plan to get Tricare Reserve Select but don’t qualify until December, Tricare said it is developing a workaround for you. When I know what it is, I’ll pass it on.

If you use Tricare Standard or Tricare Reserve Select, you’re used to paying deductibles out of pocket for most care every year until you hit your annual cap. Typically, that annual cap resets with the new fiscal year on Oct. 1.

But not this time! Tricare is moving to a calendar year schedule instead of fiscal year, which means from now on, those deductibles will reset on Jan. 1 instead of Oct. 1.

As a result, you are scoring — for this year only — an extra three months of care under your 2017 deductible payments. Now go and get that physical therapy you’ve been putting off.

This change does not really hit until 2019, although Tricare wants you to get used to the idea now. Starting in 2019, you’ll be able to switch between Tricare plans only if you have a “qualifying life event” such as the birth of a baby or a move. Otherwise, you’re locked into your current plan.

What’s not on the list of qualifying events? Pregnancy or annoyance with appointment wait times — two reasons that military families often jump the Prime ship for Standard … er… Select.

Officials said they are listening to feedback from military family organizations about that but, in the meantime, the rule remains. You can see the “qualifying life events” list here.