The US really does deport veterans

You may have seen the above photo being shared on social media over Veterans Day weekend. It’s a real photo,... 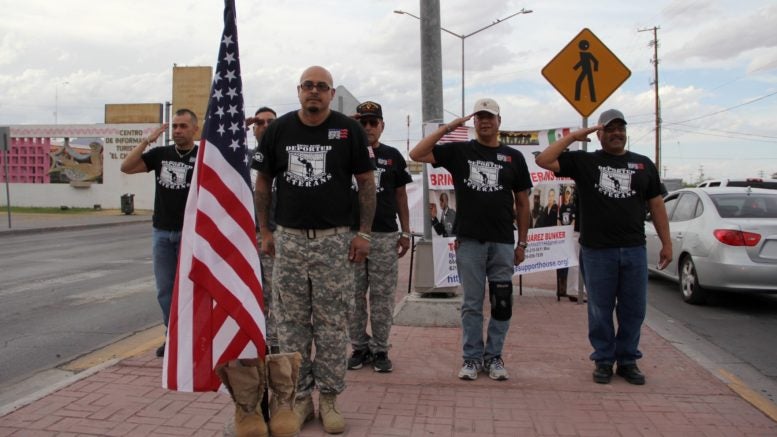 You may have seen the above photo being shared on social media over Veterans Day weekend. It’s a real photo, taken by Herika Martinez, a photographer for the international news agency Agence France-Presse, at a Memorial Day 2017 event.

Mexicans who served in US Army with the promise of becoming citizens but ended up being deported, protest on Memorial Day in Ciudad Juarez pic.twitter.com/nRSpFAx8Ie

The guy in the center of the photograph is Sgt. Ivan Ocon, who served in the U.S. Army from 1997 to 2004, and deployed with Operation Iraqi Freedom in 2003. He was deported in 2016 and now heads the Deported Veterans Support House in Juarez (nativists take note: click on the link and you’ll see that the site is in English).

Many of the veterans joined the military because they believed (or were promised) that service would put them on a fast track to citizenship. While that was true in some cases, it most definitely was no guarantee.

Another fact, for you resistance types: this is not a new policy. The Clinton administration began deporting undocumented veterans back in 1996 and the program has continued through every adminstration since.

Still don’t think this is real? Our friends over at Task & Purpose covered this issue back in 2015 and Military.com has covered the issue as well:

Deported US Vets in Mexico Hope for Return Under Trump Govt

A US Veteran, Deported and Struggling in Jamaica

By Under The Radar, Military.com