USA! USA! During the Olympics, we’re all rooting for the home team to snag the gold medal. Everyone would love... 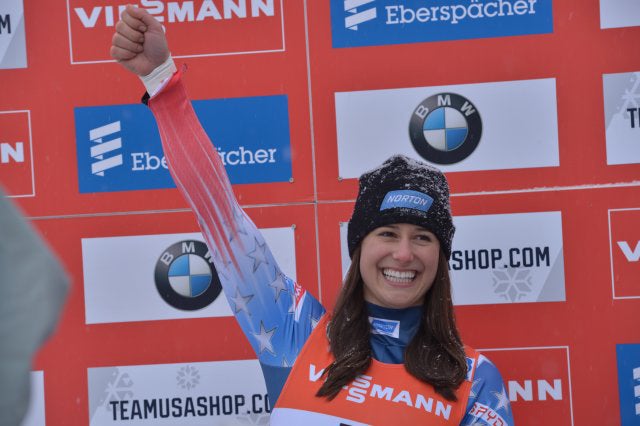 During the Olympics, we’re all rooting for the home team to snag the gold medal. Everyone would love to see Team USA bring home lots of hardware from PyeongChang when the Olympics start February 8.

For some athletes on Team USA, their love for and support of the United States runs deeper. You can find many top competitors protecting and defending our country as troops in the US military. Some have completed their honorable military service. Other teammates are the spouses and children of military veterans and troops.

For these military-connected athletes, it means a little more to wear their nation’s uniform.

Celski, a native of Federal Way, WA, is returning for his third Olympic Games. He’s already previously earned a silver and two bronze medals. Celski was born at the end of his father’s career in the US Army; Celski’s brother is currently serving in the US Army.

Two-time Olympian Chock is back on the ice in PyeongChang in February. She credits being raised as a military child with instilling a strong work ethic. Her father, Wes, served in the US Navy. Chock and partner Evan Bates will compete in the pairs ice dancing events.

Cunningham, a Monterey, CA native, took up the bobsled on a dare from his parents. However, this repeat Olympian proved them wrong. He’s already won silver and bronze at World Cup events in 2013 and took home gold medals at the 2008 and 2009 North America’s Cup competitions. When he’s not piloting the two-man bobsled, Cunningham enjoys football, track, surfing, and rodeo.

Alpine, UT native Fogt is back for another round of Olympic competition. This three-time Olympian previously took home a bronze medal in the four-man bobsled at the 2010 Vancouver games. Fogt trains with the World Class Athlete Program while stationed at Fort Hood, Texas.

Having full-time jobs, plus something extra on the side, has bonded Geving and her husband, an Iraq War veteran. The Duluth, MN native is a first-time Olympian but has already traveled the world as a curler. Geving was a previous National Junior Champion in the sport.

After winning bronze at the 2002 Salt Lake City games and compering in the 2010 Vancouver games, Kohn retired from bobsledding. He joins Team USA as an assistant coach in PyeongChang. Kohn balances his athletic career with service in the National Guard, based out of Virginia.

The Somerville, MA native broke state records in track that still stand after 17 years. This year he’ll compete as part of the military-heavy US bobsled team. Moreira served for six years in the US Army. The Bronze Star recipient saw 27 months of combat in Afghanistan with the 82nd Airborne Infantry Division.

Morris is a first-time Olympian, qualifying in January to represent Team USA in PyeongChang starting February 8. The Salt Lake City, UT native has worked his way to the Olympics over the years, beginning in the junior circuit over a decade ago. Despite growing up in Utah, Morris never felt the call to try skiing or snowboarding, sticking to the slippery luge track instead.

Mortenson is a two-time Olympian, competing in both 2014 and 2018. He was the 2005 Junior World Champion in doubles or two-man luge. Mortenson, who serves in the New York National Guard with his brother, credits the US Army’s World Class Athlete Program with allowing him to continue to pursue his passion for luge after 2010.

Olsen, originally from San Antonio, TX, is a member of the US Army’s World Class Athletes Program, which helps develop soldiers into top-level competitors. Olsen enjoys the opportunity to wear both uniforms and serve his country both athletically and as a soldier. The repeat Olympian previously took home a gold medal in 2010 as part of the four-man bobsled team in Vancouver.

Pike credits growing up as a military child with shaping his life. He says being a military child made him more versatile and open to making new friends around the world. The 2004 graduate of Ramstein American High School is competing in his fourth Paralympic Games.

Rohbock, who won a silver medal at the 2006 Games and placed sixth in 2010, will bring her experience in bobsledding to the US team this winter. Rohbock serves as an Adjutant General and has served in the Army for over 17 years.

When Roundy’s partner, Rt. Sgt. Matthew Melancon, lost his legs due to injury in Iraq in 2011, she understood some of what he was experiencing. The two-time Paralympian enjoys the adrenaline and competition of her sport, something she tries to share with Melancon.

Sweeney, originally from Suffield, CT, was the 2013 Junior World Champion in the luge. The military police officer is a first-time Olympian. Sweeney serves in the New York National Guard and trains through the World Class Athlete Program. She says that her military service has allowed her to continue to progress in her sport, while also preparing her for life after competition.

Taylor’s father served in the USMC during the Gulf War in Kuwait. She saw first-hand her mother’s strength and resilience. Taylor is a three-time Olympian, previously winning bronze (2010) and silver (2014). She is a Douglasville, GA native.

This active duty Green Beret trained for his spot on the Olympic bobsled team while forward deployed. Weber, a Pueblo West, CO native, is a first-time Olympian. Weber was inspired by fellow soldier and bobsled teammate Olsen to pursue the sport.

For Wiles, a two-time Olympian, being a military child brings extra significance as she represents her nation on the world stage. Wiles’ father served for over 30 year in the US Army and National Guard.