The first time it happened to me, I was rushing to bring my children to swim lessons on base. My... 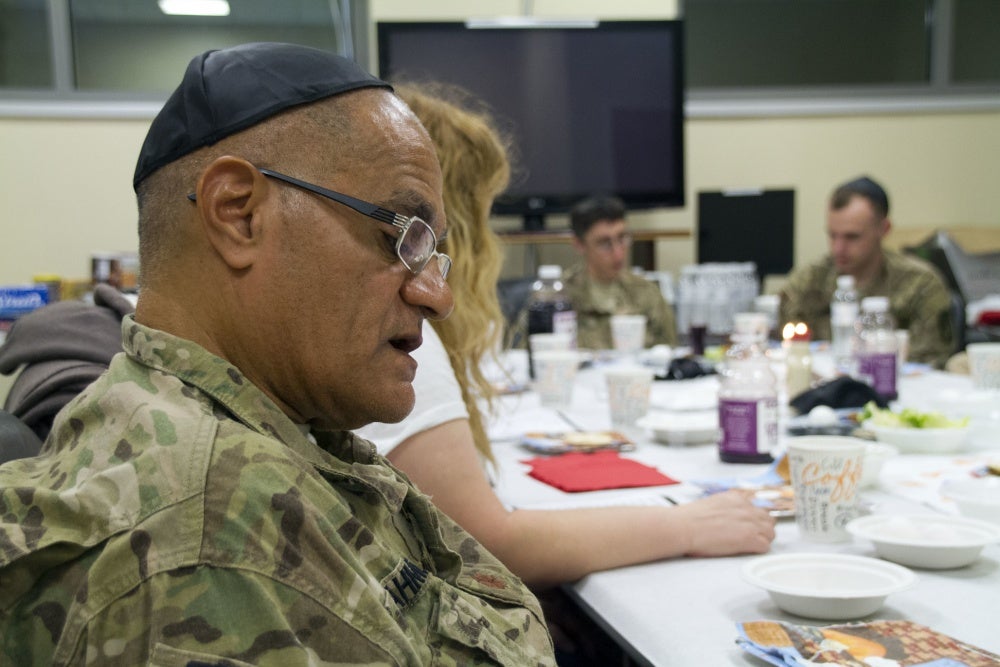 The first time it happened to me, I was rushing to bring my children to swim lessons on base. My mom was visiting to help with the newborn baby and offered to drive her car. I forgot she would need a pass to drive her car on base. When we reached the gate, I gathered her license and insurance documents and hurried into the visitor’s office.

The female Marine at the desk looked at me critically when I approached. “I need a guest pass for my mom’s car please,” I said, showing the documents.

I looked down. I was wearing a tank-top bathing suit with shorts and flip flops. “I’m sorry,” I said, feeling embarrassed. “We are on our way to swim lessons.”

“I don’t care where you are heading,” the Marine said. “You can’t do business here dressed like that. This is an official base building. The General could stop by anytime. There’s a dress code.”

I was frustrated as I walked back to the car. I didn’t have a change of clothes with me, and I didn’t want the kids to miss the lessons we had already paid for. I took the only extra material I had in the car–a towel–and draped it over my shoulders. I went back into the office and got the vehicle pass while wrapped in a towel.

Why do military base buildings have dress codes?

Most military bases have an official dress code for base buildings. These include offices, the commissary, the Exchange, the gas station, and even the base gym.

The idea of a dress code is surprising to some. A dress code demonstrates respect and courtesy for our military community. On base, service members conduct business wearing the uniform of the day. As the Marine pointed out to me, the General can make an unexpected appearance at any base building at any time. It would not go well for any office if their lobby was full of spouses in bathing suits during an inspection.

Who enforces the military base dress code?

You can find dress code posters near the main entrance of base buildings such as an Exchange, gym, or commissary. It’s up to service members to be responsible for their guests and family members who use base facilities. Service members are expected to “police their own” on base. Any service member can ask you to leave if you are violating the dress code. (This is why my husband won’t go into the commissary if he hasn’t shaved that day.)

Just because you got away with flip flops at your last base doesn’t mean they will be accepted at another base. Dress codes are enforced differently at military bases in different regions of the country. That’s because the dress code is determined by the base commander. The rules are usually stricter on the East Coast than the West Coast, and the Marine bases are the most passionate about enforcement.

Don’t make these fashion faux pas on a military base

Bathing suits: As I experienced, these are not permitted in official buildings. Always wear a shirt or cover-up over a bathing suit. This is true even at the mini-mart next to the beach or swimming pool.

Sandals or flip flops: Yes, I know people who have been asked to leave the Exchange because of their shoes! A shoe with a strap around the back is considered appropriate. Any flip flop or sandal that does not have a strap can be a violation of the dress code.

Work-out attire: Everyone wears activewear these days, but Spandex doesn’t fit base dress code regulations. Any clothing that fits too tightly or reveals a sports bra, midriff, or underwear is not appropriate on base. The rules apply even if you are working out. I know people who have gone for a long run and stopped by a base store to buy water or use the bathroom. They were not allowed in because they were wearing running clothes.

Pajamas: I shouldn’t have to say this, but I will. Pajamas are not clothes, and they are not accepted in the military dress code. Please do not wear pajama pants to pick up your children at a base school or to go shopping.

Revealing shirts, shorts, or skirts: When entering a building on base, women cannot wear shirts that reveal the midriff, too much cleavage, or bra straps. In some places, a tank top is considered inappropriate. You can also be asked to leave if your shorts or skirt is too short.

Dress code for men: Dress code regulations apply to both men and women. Men cannot wear a tank top or short shorts into official base buildings. The phrase “no shirt, no shoes, no service” applies even if you are stopping by the store at the base beach. Men should not wear clothes that are too baggy or loose-fitting and should wear a belt with their pants.

No hats: No one should wear a hat or cover when indoors. This includes service members and dependents, male and female.

Lizann Lightfoot is a Marine Corps spouse. She can be reached at LizannLightfoot@gmail.com