By Julie Provost The USO has been entertaining troops since 1941. You or your spouse has probably been to at... 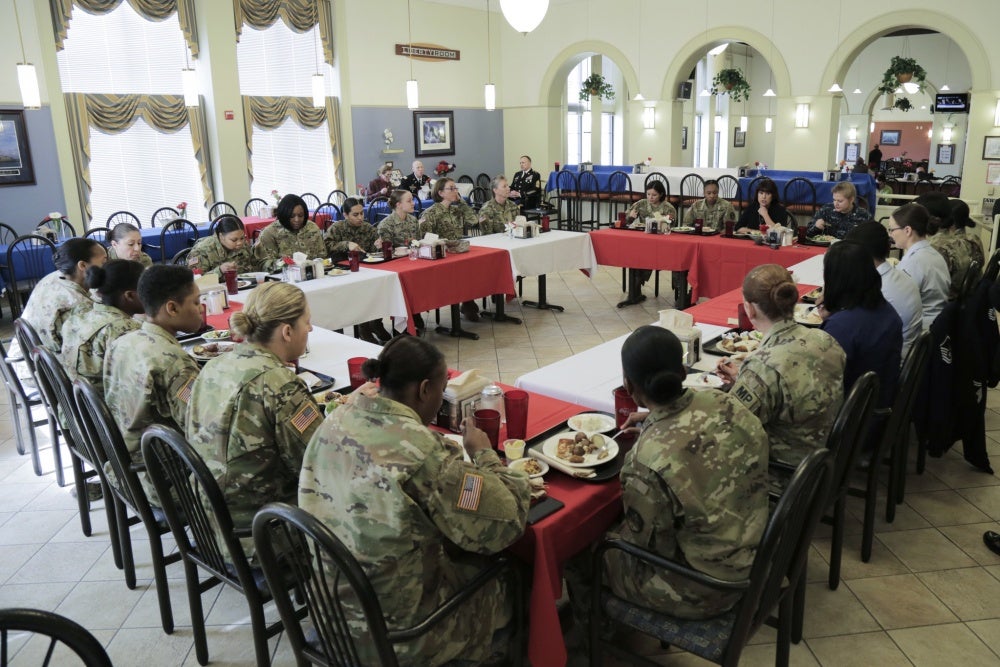 The USO has been entertaining troops since 1941. You or your spouse has probably been to at least one show. Who are these men and women who have taken the time to support the troops in this way? Here are the seven most intriguing celebrities who went on USO tours over the years.

You can’t think of USO tours without thinking about Bob Hope. Known as a comedian, vaudevillian, actor and more, he always had such a deep respect for the military and enjoyed being able to make the service members laugh over the years. His first show was at March Field in Riverside, CA in 1941. His final appearance was in 1990 in Bahrain and Saudi Arabia as a part of Operation Desert Shield. Over the years, he went on 57 tours and even included his family members in his shows. In 1997, he was declared an “honorary veteran” of the armed forces by an act of Congress.

This Swedish-American singer and actress made two trips to Vietnam to put on a show for service members. She was there in 1966 and then again in 1969. She also has taken apart of various veterans events over the years and has received awards from different veterans organization for her love and support for the troops. She calls veterans “my gentlemen” and is fondly remembered by many who saw her shows in Vietnam.

Gary Sinise is an actor, director, and musician with a big heart for the military community since at least the 1980s. His role as Lt. Dan Taylor in the hit movie Forrest Gump formed another connection with the military community. He went on tours with the USO in 2003 and then in 2004 formed the Lt. Dan Band. He went on to entertain the troops both serving at home and overseas with his band. In 2013, he was pinned as an Honorary Marine by General James Amos, Commandant of the Marine Corps.

Marlene Dietrich is a German actress and singer who became a US citizen in 1939, renouncing her German citizenship. She went on to become one of the first celebrities to sell war bonds. She toured the US from January 1942 to September 1943, appearing before 250,000 troops on the Pacific Coast alone. She went on two extended USO tours in 1944 and 1945 where she visit Allied service members in Algeria, Italy, the UK, France, and even Germany. Her act included songs from her movies, performing on her musical saw, and a pretend mind-reading act. She was awarded the Medal of Freedom in November of 1947.

This actor and entertainer loved to make others happy and was able to do that over that years though the military and USO tours. After being the box office king from 1939 to 1941, he served 21 months in the military. He entertained more than two million troops with the Jeep Theater, a traveling entertainment brigade that performed for small groups across Europe, usually on the front lines. Later on, he went on USO tours in Korea and Vietnam. He received a Bronze Star for his time in the service and even worked at AFN, the Armed Forces Network.

Named Mr. USO by the USO, Stephen Colbert, comedian, television host, and author hosted his show, The Colbert Report, for a week in Iraq in 2009. The week-long segment was called Operation Iraqi Stephen: Going Commando. During his first episode, he received a military haircut to show solidarity with the troops. In 2010, he welcomed home Iraq veterans with a victory celebration in his studio. He has also visited injured troops and has helped raise money for organizations like the Yellow Ribbon Fund.

This actor and comedian won an Oscar for his role in Good Morning Vietnam but started his real life relationship with the military in 2002 when he went on his first USO tour to Afghanistan and Turkey, then later to Bahrain, Djibouti, Germany, Iraq, Italy, Kuwait, Kyrgyzstan, Qatar, Spain, the United Arab Emirates, and locations in the United States. He once said that these audiences were the best ones he has ever had. He also enjoyed talking with those he was entertaining. In total, he went on six USO tours from 2002 to 2013.