Warrior ethos. Tomahawk. Thunderbirds. Geronimo. Many military members feel a connection between the bold warriors of Native American nations and... 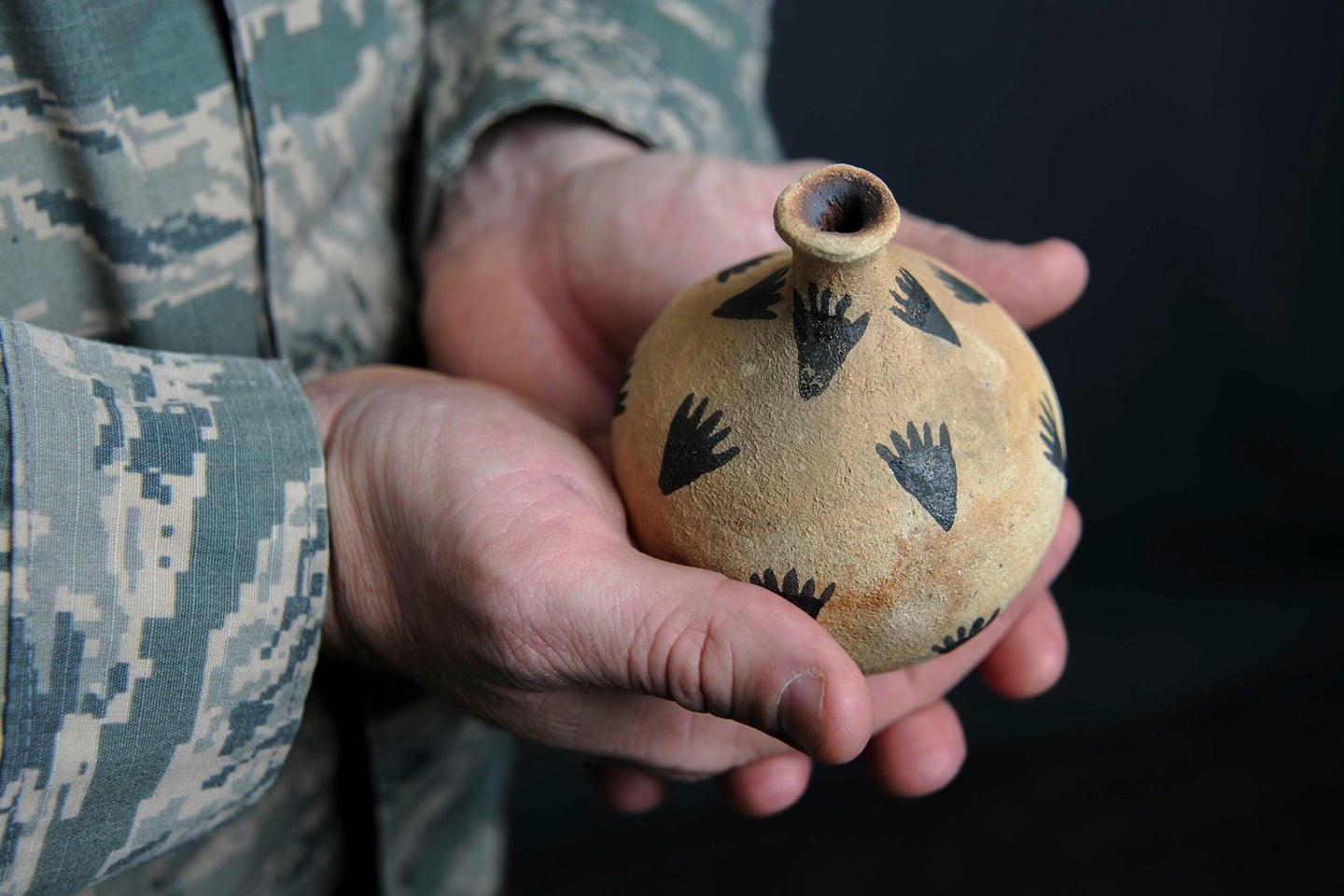 Many military members feel a connection between the bold warriors of Native American nations and their own commitment to their missions. They understand the defense of their lands and their honor, against all enemies.

Here are some of the many connections between the US military and Native American nations, past and present.

There are also several retired aircraft with tribal names. The Iroquois, Choctaw, Seminole, Shawnee, Mohawk, and Mescalero helicopters and planes have been retired between 1967 and 2011.

Before the Korean War, many aircraft had plain names like “Hoverfly.” Doesn’t exactly strike dread into the heart of the enemy, does it? Instead, Army General Hamilton Howze wanted something that showed strength and stealth and reflected a warrior ethos. Hence, the names of revered Native tribes being used for aircraft.

Something else with a Native American name? The Tomahawk cruise missile! The Algonquian tribe, located in Virginia, used this battle ax when fighting both other Native peoples and European settlers. Colonists feared the tomahawk. It was capable of extreme damage and had many uses. Many other tribes also used similar tools in their daily life and during times of conflict.

Want to strike fear in your enemy’s heart today? Just remind them of the range of a Tomahawk missile.

Ties to a warrior culture

Many Native American nations have strong roots as warriors. Throughout the modern US, there were tribal clashes, alliances, and outright wars as long as there have been people living here. Tribes fought over territory, horses, and for honor.

Robert Holden, Deputy Director for the National Congress of American Indians, is a veteran and member of the Choctaw and Chickasaw tribes. He believes that many Native people are still drawn to the warrior mentality of the US military thanks to their cultural heritage.

“It’s the warrior cultures,” Holden said. “Warriors have always been in our presence and always will be. . .not only in times of conflict, but in times of peace as well. They became the leaders.”

When World War II broke out, the US Army’s 45th Infantry had a problem: Their insignia was the swastika. And they were going to be deployed to Europe. Leaders thought that this might be in poor taste.

The actual tradition of the swastika, for this unit, was tied to pride in the many Native American serving in the unit and their location in Oklahoma. However, the formerly peaceful symbol had been rebranded to mean hatred and Naziism.

They made a switch to the Thunderbirds. And the rest is history. The 45th went on to become one of the most decorated units in WWII, serving from the invasion of Italy to the discovery of the concentration camps.

While there are numerous US Army units with Native American nicknames or insignia, one Marine Corps battalion has taken their unit icon to heart. First Battalion, Fifth Marines out of Camp Pendleton, CA has a Native American with a war bonnet or headdress on their unit emblem. Their call signs in Afghanistan? All Native tribes known for a warrior ethos. The whole unit is known as Geronimo, after the great Apache leader.

Native peoples were serving the US before it was a country. From pre-Revolutionary conflicts to present day battles, many Americans of Native American heritage have proudly served under our flag.

In recent years, cultural appropriation is a buzzword that seems to be on everyone’s lips. There has been more awareness of how institutions, people, and groups have used racial, cultural, and ethnic stereotypes as an insult or negatively. A prime example is the debate about renaming the Washington Redskins.

So, why are some references to Native Americans considered derogatory and others, well, just fine?

It’s the intent behind the naming.

The instances in this piece were carefully screened, using sources connected to the Native American or Indian community, to be positive connections. In the case of the aircraft, there was a genuine intent at the outset to reflect the best of the warrior mentality.

There are other instances where a name or an emblem has been used distastefully. Images on a unit insignia or as a squadron nickname that reflect outdated and insulting stereotypes also is evident in the military. There are Scalp Hunters and too many patches that feature very insulting drawings.

However, there is also genuine admiration and respect for the tradition of Native American warriors among the US military. We revere the Code Talkers and use the names of brave leaders and nations to denote strength of character and force.