By Amy Bushatz, Military.com and Spousebuzz.com Post-traumatic stress isn’t really something you just wake-up and find in your house. It’s... 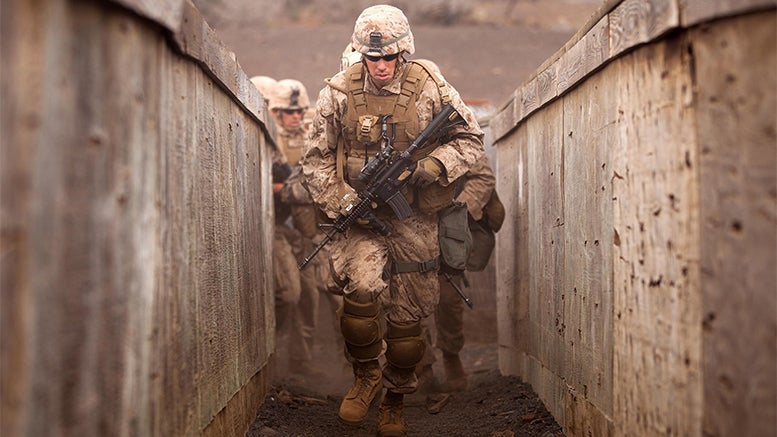 Post-traumatic stress isn’t really something you just wake-up and find in your house. It’s much sneakier than that. The symptoms of PTS or PTSD creep in over time until one day there’s an incident where the whole thing comes crashing down before your eyes. Looking back you realize that the signs were there for a long time, you just didn’t know what you were seeing. Or maybe you knew what they meant, but didn’t want to believe it until you had no other choice.

Maybe that’s you right now. You know your service member dealt with some scary, ugly stuff during his or her deployment, and you’re hoping it’s not impacting his every day life. You see some signs of coping behaviors, but is what you are seeing PTSD? And how bad is it really?

Sometimes I think PTSD is like a chip in your windshield. What starts as one little indicator that you have  a problem spreads over time until one day you hit a bump in the road, and the whole thing spiders and cracks. Looking back you can see how the problem started. You can see what you would’ve done differently. But in the moment you have no idea.

I had the chance to talk to Elizabeth Haag, whose family was one of the inspirations behind the new book Great Falls, a novel about PTSD. She has walked a PTSD recovery road with her retired Marine Corps husband Jason Haag. His PTSD problems stemmed from his first deployment – but it was not until after his third deployment that she saw him snap, becoming a completely different person from the man she married. First kind the emotional distance, than very quickly behind it the anger and aggression. Although the have received help now, PTSD has forever changed their lives.

I asked Elizabeth what she thinks military spouses who are in the process of figuring out how to deal with PTSD should know about the journey ahead of them – what she learned that she would like to pass on. Here is what she told me.

Ask for help. When Jason came home in 2010 from his third deployment, Elizabeth immediately saw something was wrong, she said. “He looked like ‘whose kids are these and why are they touching me?’” when they greeted him at homecoming. Still, it was a long road before Jason was able to get the help that he needed, in part because of the continuing stigma at the time over getting assistance. Elizabeth know advices that spouses who suspect their service members may be dealing with PTSD seek out professional guidance from military health providers on base. She said the chain of command may also be an option for those who don’t know where else to turn.

Get help for yourself. Spouses may feel like they’re the only thing holding their family together during those high stress times dealing with the new normal of life with PTSD. And that’s why it’s so important they get help, too.

“You have to get your own help. All those years that I was going through this myself, I didn’t see a therapist either because of this whole stigma of ‘oh we don’t talk about this,’” she told me. “The same stigma that he bought into, I bought into – and it’s just not true. … Even if your spouse won’t deal with their issue, you have to learn to deal with it yourself.”

Just be there. While it’s hard to sit back and watch your service member struggle, sometimes you have to wait for them to be willing to get help – and that’s OK, Elizabeth said.

“I think that honestly the only thing that you can do is continue to be supportive, and as long as safety is not an issue, you can listen and not be judgmental,” she said.