Military children are no stranger to the hardships that come with deployments. Unfortunately, a number of them are also familiar... 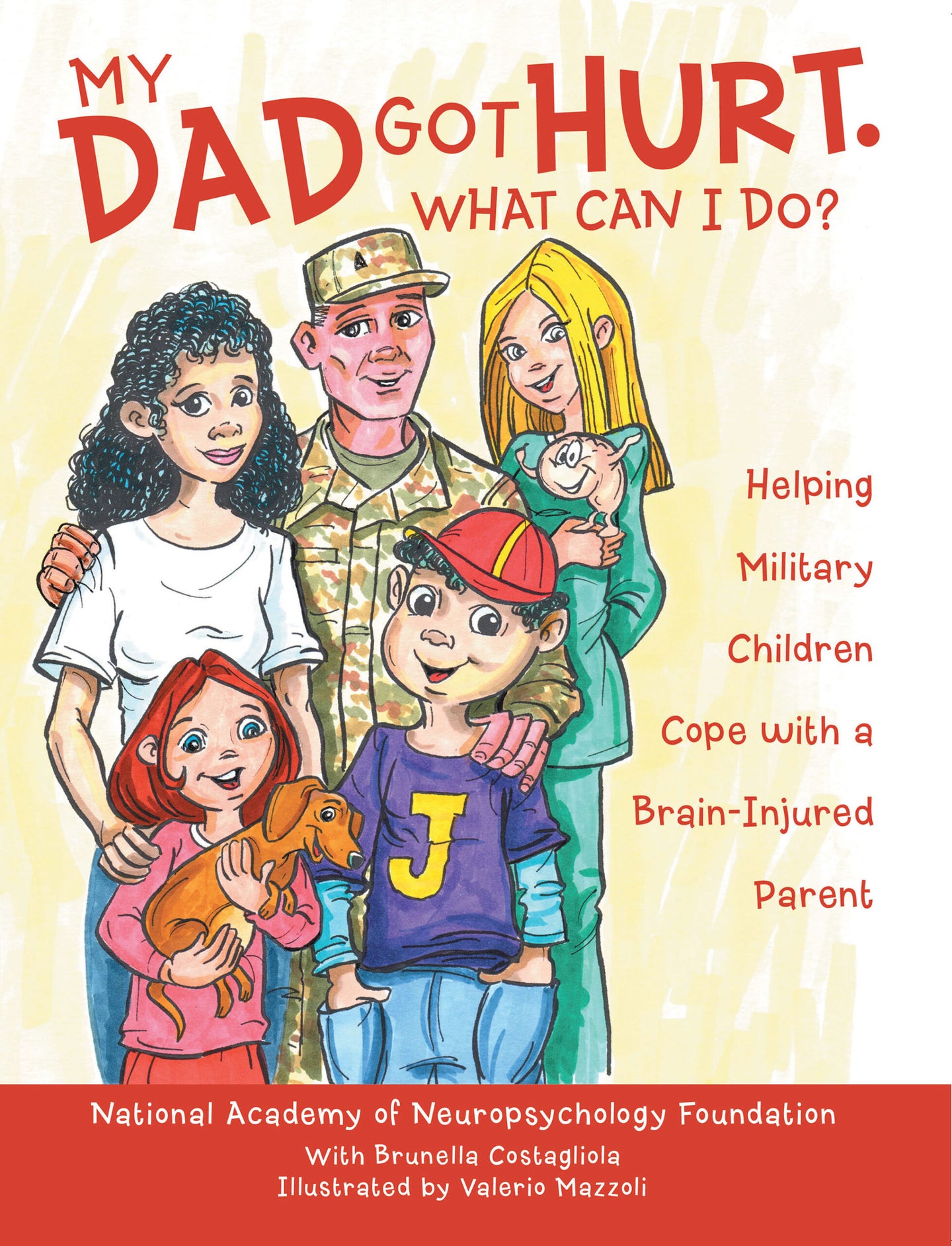 Military children are no stranger to the hardships that come with deployments. Unfortunately, a number of them are also familiar with parents returning home with injuries, both external and internal. The National Academy of Nueropsychology Foundation, along with Air Force spouse and published author Brunella Costagliola set out on a journey to bring comfort and understanding to children whose parents have suffered a brain injury.

Costagliola, born in Italy, is the proud mother of two children, with whom she loves to create stories. “I like to create stories with them, especially at bed time. One night, we are discovering the universe and living on stars; the other, we are exploring the oceans dressed like pirates or sea creatures,” she said. Throughout her career as a writer, she’s focused on writing and editing non-fiction, while keeping the desire to write children’s books on the back burner.

Due to Costagliola’s Neapolitan upbringing, languages have always peaked her interest, which explains how she is able to speak English like a native, and also speak Japanese, Spanish, and a little French. She spent time studying philosophers, ancient history, and received two Master’s degrees from Leiden University in the Netherlands. Costagliola has used her knowledge of the English language to  ghostwrite several books and work as an editor and translator for several bestselling authors.

And the idea for a book was born

The stars aligned in February 2017 when Costagliola was approached by Dr. Jerid Fisher of the National Academy of Nueropsychology Foundation as he was looking for a writer for a book idea. “As soon as he mentioned he wanted the story to help military families, I knew I was on board. Being a proud Air Force wife, I live and breathe the military life, which I have been a part of for over ten years now,” she said.

Writing a book may be the easiest part of the process. With the help of Dr. Fisher’s nonprofit, the publishing came easily. Costagliola was joined by Valerio Mazzoli, another Italian, who has worked for Disney since the 1970s. “We worked relentlessly side by side to make sure we stayed true to our vision and created the best book for children of affected military families,” Costagliola said.

Coming together to make a difference

“My Dad Got Hurt. What Can I Do? Helping Military Children Cope with a Brain-Injured Parent” was published in late July this year. The intended age range is for lower to middle elementary, ages 7 through 10. Younger children may be open to the themes and suggestions, especially if they are reading it with a parent. Those who left reviews on Amazon raved about the way the book addresses the problems families may face after a service member returns home.

The whole idea for the book is to help military children learn to cope with a brain-injured parent. While the book is tailored towards military families,  Costagliola believes it can be beneficial for any family affected by a traumatic brain injury. “It’s empowering for children to understand what happens to Mom or Dad and how to better support them while comprehending what they are going through,” Costagliola said. “Knowledge is power.”

Blue Star Families has distributed over 250 copies of this book for free to military families, and the author wants families to know that the money from each purchase goes to underwrite the cost of more books being printed. Those books will be distributed for free to Wounded Warrior families.